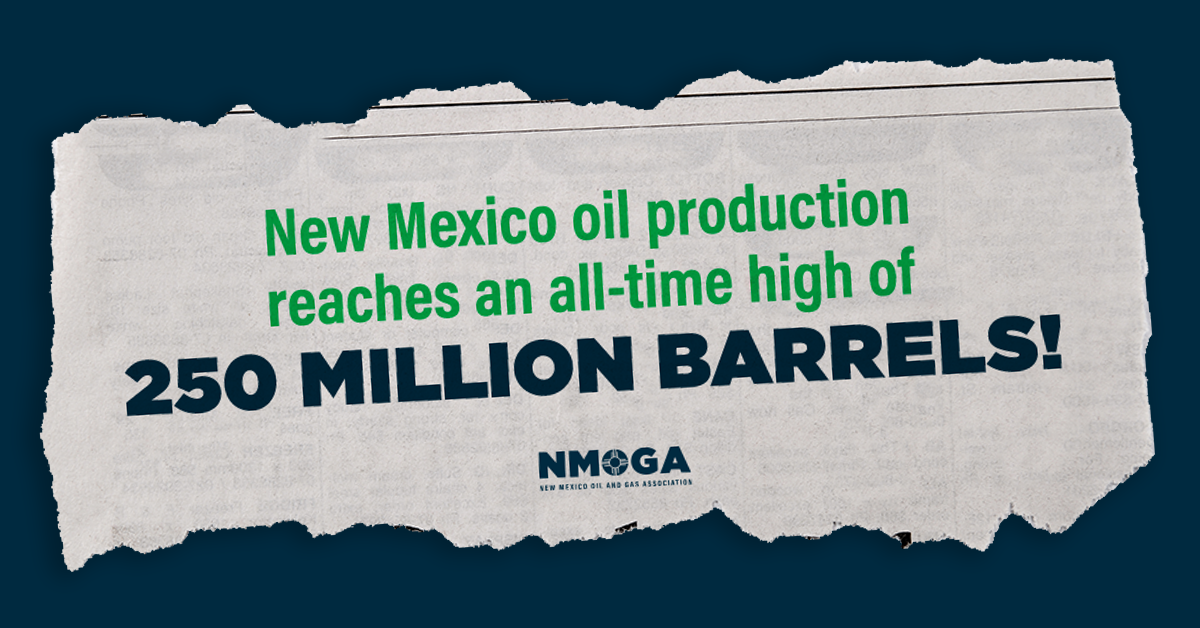 “New Mexico’s oil and natural gas industry continues to be the economic backbone of our state. Record energy production is not only good for jobs and the communities where we produce oil and natural gas, it means important funding for our public schools and the entire state budget while protecting our environment and natural resources,” said Ryan Flynn, Executive Director of the New Mexico Oil and Gas Association. “The only impediments to more growth for our economy and oil and natural gas production are regulatory uncertainty and detrimental policies crafted in Santa Fe. Together, our focus should be on finding ways to safely continue the growth that is helping turn New Mexico around, not hinder it.” 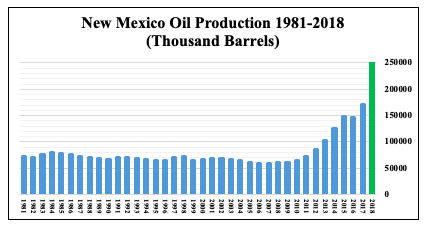 New Mexico is the third-largest oil producer in the United States, having cemented the position with rapidly increasing production in the Permian Basin. New Mexico oil producers are showing no signs of slowing down, having also reached a monthly production milestone of 25.3 million barrels of oil in December.

Earlier this month, oil producers Chevron and Exxon Mobil announced higher production forecasts for their assets across the New Mexico-Texas Permian Basin. Exxon Mobil said it plans to produce the equivalent of 1 million barrels of oil per day in the basin as soon as 2024, while Chevron expects to produce 600,000 barrels per day in the Permian by the end of 2020 and 900,000 barrels a day by the end of 2023.

Increased production has led to rapid growth for communities in southeast New Mexico, but it is also having an impact around the state and in the state capitol. The New Mexico Tax Research Institute reports that New Mexico’s general fund and public schools are benefitting from considerable increases in oil and natural gas taxes and revenues. Total industry contributions to the state in Fiscal Year 2018 totaled $2.2 billion, including $822 million in funding for public schools and nearly $241 million for the state’s universities, colleges, and other higher education institutions.

“The future is very bright for New Mexico, and we can expect record highs and new heights to be the norm for New Mexico if the state remains a favorable place to do business,” added Flynn. “New Mexico’s Permian Basin is among the best in the world for oil and natural gas production. We are rising to the challenge of driving New Mexico’s economy, and we can continue to safely develop our oil and natural gas resources and enjoy robust growth for the foreseeable future.”

Based in Santa Fe, New Mexico, the New Mexico Oil and Gas Association (NMOGA) represents the hard-working men, women, and families of the oil and natural gas industry in New Mexico. NMOGA is dedicated to promoting safe and responsible energy policies, while strengthening New Mexico’s economy and ensuring a bright future for our state’s children.