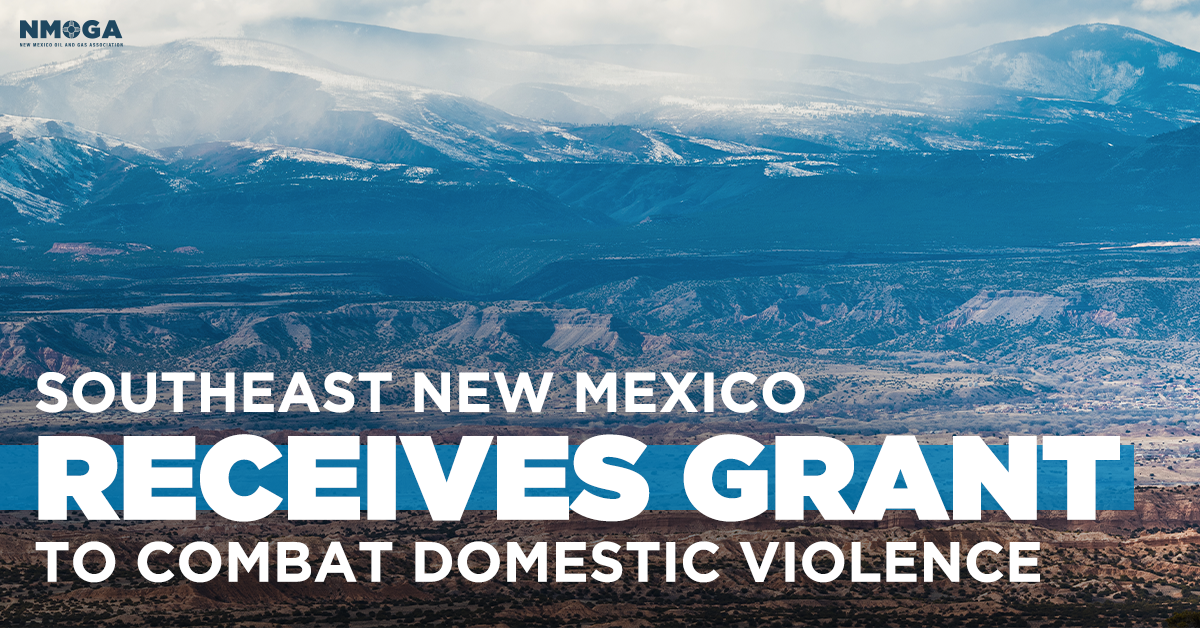 Phoenix House received a grant of nearly $500,000 from Office on the Violence against Woman to help with rural area domestic violence.

A portion of the funds will go to help Police Departments in Lea County with sex crimes and domestic violence.

The OVW, which is part of the U.S. Justice Department, "provides federal leadership in developing the national capacity to reduce violence against women and administer justice for and strengthen services to victims of domestic violence, dating violence, sexual assault, and stalking," according to the Justice Department Website.

The grant is paid out over a three-year period, according to Gretchen Koether, a nurse at Phoenix House.

Around $80,000 of the money will go to police agencies and advocacy groups for equipment, and another portion will go to training officers at Lea County law enforcement agencies in domestic violence situations.

The Permian Strategic Partnership, provides professional grant writing, management, and training expertise to local governments, school districts, and non-profits in Lea and Eddy Counties to strengthen their ability to successfully compete for state, federal and private grant programs, according to a PSP news release, and assisted Phoenix House in applying for the half a million-dollar grant.

According to Blanca Perez victim advocate at the Phoenix House, the grants sub-recipients (law enforcement agencies and advocate groups) had to be involved in sexual assault and domestic violence issues.

"Law enforcement just seemed really good because the equipment that they requested is going to help victims," said Perez.

The LCSO will receive a Watchguard Interview System. The system will be used in the LCSO's "soft room" to record interviews.

"A soft room basically is an interview room," LCSO Chief Deputy Chan Kim said. "We use that when we interview children and things like that. It is more of a non-intrusive room where children that we interview, for instance, if they are victims of sexual assault or child abuse, when we interview them it's just a more comfortable setting."

Jal PD requested an interview and a camera system. Phoenix House's outline of the grant request states the JPD's current interview system is 15 plus years old and of poor quality.

"I think it is going to help in prosecuting our domestic violence cases," Jal Police Chief Mauricio Valeriano said. "Which are crucial in the interview and investigation stages."

"While most people think detectives just investigate homicides, robberies, and property crimes, a large percentage of our time is spent working in conjunction with CYFD investigating crimes against children," Miranda said. "These may be as minor as educational neglect or excessive discipline, but unfortunately they also include child abandonment, abuse, and sexual molestation. Law enforcement agencies such as our work with The Phoenix House and The Lea County Children's Advocacy Center in investigating these crimes. As an example, as of Sept. 20 of this year, the Lovington Police Department has been referred over 90 cases involving child abuse or endangerment. All of these incidents must be investigated to make sure children are safe and justice is served."

Updating the computer system and four computers was requested by the Tatum PD to upgrade outdated computers, according to the report.

Eunice PD will also receive four computers and four cubicles for the office. Officers are currently sharing one computer, and the office is not set up in a way to give privacy. Eunice Police Chief Casey Arcidez said EPD is moving to a new judicial building in early 2021 and that is when the office equipment will be set up.

"We are extremely grateful for the hard work and dedication the Phoenix house provides to the City of Eunice but Lea County as a whole," Arcidez said regarding the grant.

My Power Inc. requested furnishings and ceiling tiles to use throughout the building.

"The My Power program educates young women about domestic violence, dating violence, sexual assault, and stalking," the outline states. "The goal is that the girls will recognize these situations, avoid them, and report them to authorities when appropriate."

Phoenix House will also utilize some of the funding to install a security system at their facility. Each agency was capped at $10,000.

"A lot of them came in under 10 (thousand dollars)," said Koether. "In this grant on top of this (money for equipment), we are providing training."

Officers and Deputiesalready receive training in domestic violence and sexual assault, but this will give additional opportunities to learn about issues. Perez clarified each agency will send two people from each agency every year to training. The training is something Phoenix House participates in yearly.

"There is a lot of programs (training)," said Koether. "The first one is called 'advocacy in action.' It teaches them, law enforcement, different ways to talk to these people in these situations, and how to use the advocacy services."

The remainder of the money is going to fund Phoenix House and the work they do with victims of domestic violence and sexual assault over the next three years.

Phoenix House was founded in 2019, according to Perez, and being local has sped up the process for victims to be examined. A Sexual Assault Nurse Examination (SANE) is now available in an hour or less because Phoenix House is in Lea County. Before it could take four hours for a nurse to examine a victim.

The eastern region of New Mexico was a part of one organization before Phoenix House was founded. There were seven counties covered and Lea County made up one-third of the total calls, according to Koether.

Perez said documentation is one of the most important things in a sexual assault case. SANE exams are kept by Phoenix House for a year, Koether explained. If a victim is not ready to report the crime they can still be examined for evidence that could be used later.

"The way they get to us is usually a referral from the hospital, PDs, clinics, or if they just see our flyer and they don't want to go through PD," Perez said. However, Perez continued to say if they don't want law enforcement involved, or maybe they are just conflicted, Phoenix House can still help them and listen.

"Start by believing," is what Perez said Phoenix House goes by when providing advocacy and exams for clients. Perez is able to support clients through the process of what the victim faced and after when they are getting back on their feet. According to Koether, this lets the victim know they are not alone.

"What we do, is not make their decision, not to tell them what to do but to teach them how to advocate for themselves," said Perez. Koether added, "We can't say it did happen or didn't happen. We are here to document what we see based on what we are told. That is our piece. If someone came to you as a nurse in the ER and says my chest hurts. You don't say, well I don't believe you."

Phoenix House has a 24/7 hotline anyone can call or text at 575-942-1911. For more information go to @ThePhoenixHouseHobbs on Facebook.