‘Investing for tomorrow and delivering today’ 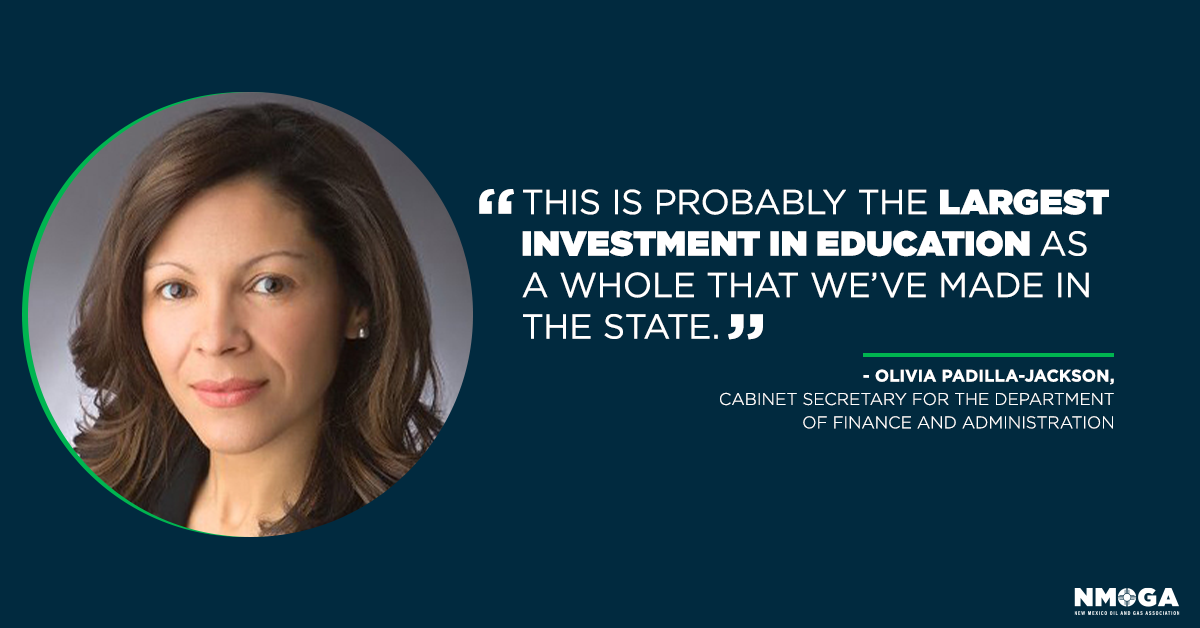 New Mexico state spending would surge significantly for the second consecutive year under a budget proposal unveiled by Gov. Michelle Lujan Grisham on Monday that would boost state spending by $596.3 million – or roughly 8.4% – over current levels.

The nearly $7.7 billion spending plan includes a proposed 4% salary increase for New Mexico teachers and more money for school districts with a large number of low-income students, as the state continues to grapple with the fallout of a landmark legal ruling about its public education system.

“This budget consists of both bold investments and prudent decisions that continue to fix what was left broken, addressing urgent needs and strategically investing in sustainable improvements over the long term – all at once,” Lujan Grisham said in a statement. “We are investing for tomorrow and delivering today.”

Overall, nearly half of the state spending increase proposed by the first-term Democratic governor for the budget year that starts July 1 would go toward education programs, from early childhood through higher education.

K-12 public school spending would increase by roughly $200 million – after going up in this year’s budget by $446 million – under Lujan Grisham’s plan.

Sen. Steven Neville, R-Aztec, said the governor’s spending plan bears some similarities to a competing plan crafted by the influential Legislative Finance Committee that will be released later this week.

“We’re kind of in the same ballpark when it comes to getting teachers better compensation and those kinds of things,” Neville told the Journal.

But he said there could be more disagreement about Lujan Grisham’s push to cover tuition expenses for all qualifying college students, and he expressed concern about whether current oil production levels can be sustained.

Overall, New Mexico’s recent spending growth comes after several cash-lean years and is being fueled largely by record-breaking oil production in the state’s southeastern corner. The oil boom drove state revenue levels to an all-time high last year and has generated an estimated $797 million in “new” money for the coming budget year.

Under Lujan Grisham’s plan, some of that money would be set aside in cash reserves in case projected revenue levels do not materialize.

However, part of the state’s budgetary windfall would be spent on one-time expenditures, including $320 million to set up a new early childhood endowment fund and $200 million for road projects around the state, which could include further improvements to highways in and around the oil-rich Permian Basin.

In addition, $76 million would be earmarked as part of a plan to shore up one of New Mexico’s two large pension funds, the Public Employees Retirement Association.

But he said the elevated reserve levels would give the state a cushion if oil prices fall or if an economic recession were to hit.

“Hopefully, we can ride out a downturn if we have to,” Smith said.

“This is probably the largest investment in education as a whole that we’ve made in the state,” Padilla-Jackson told reporters.

But she also described the budget recommendation as a prudent plan, pointing out that only about 75% of the additional money expected to be available in the coming fiscal year would be spent, with the rest set aside in reserves.

While some lawmakers have urged spending restraint, there’s also expected to be ample pressure to increase spending with the state’s coffers bulging.

That’s likely to be the case in education, as some advocates have argued the state has not gone far enough to address a landmark July 2018 ruling that New Mexico was not meeting its constitutional requirement to provide an adequate education to all students.

That’s despite taking steps last year that include 6% pay raises for teachers and school administrators, increasing starting teacher pay to $41,000 annually and expanding a K-5 Plus program that allows qualifying schools to extend their school year into the summer.

Meanwhile, the budget plan does not account for potential changes to New Mexico’s tax code or the possibility of the state legalizing recreational marijuana use and taxing its sales. Both those ideas have been proposed for the coming session.