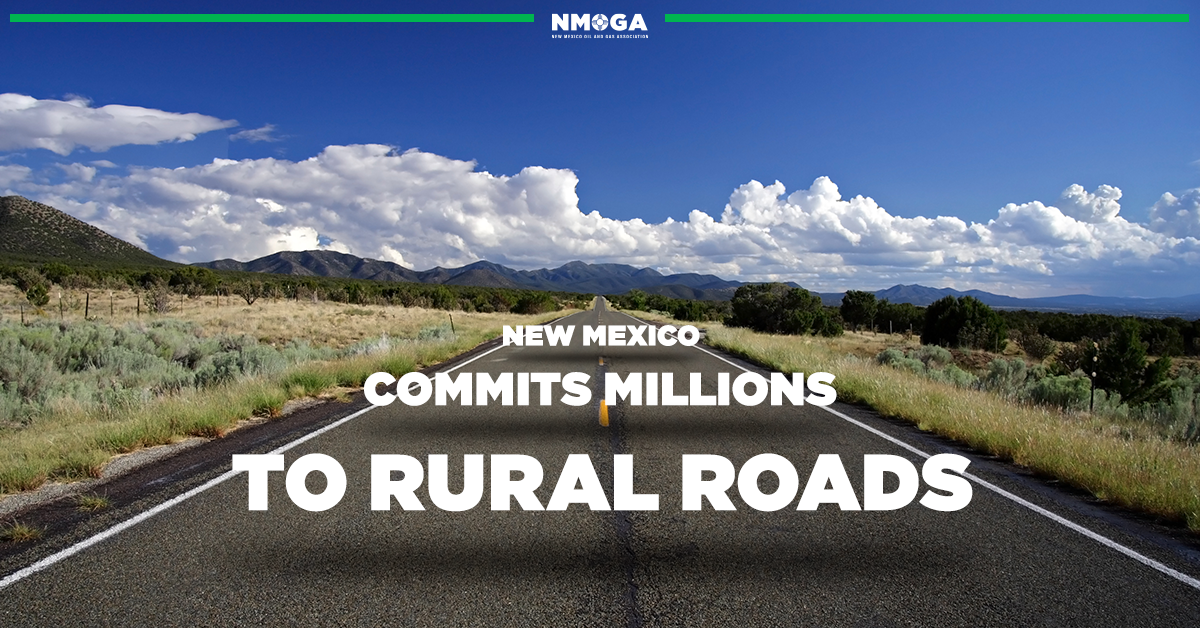 Partnering with private industry could be the path to repairing the crumbling roads in rural southeast New Mexico, burdened by the oil and gas industry – the same industry that generated about $2 billion in surplus funds for the State of New Mexico last year.

Michael Sandoval, cabinet secretary of the New Mexico Department of Transportation said NMDOT’s 2nd District, comprised of Eddy, Lea, Chaves and parts of Otero and Lincoln counties in the southeast corner of the state is a top priority.

He said the State recently committed a $200 million investment to road improvements in the region.

Another project to improve State Road 128, known as the “Jal Highway” and running from Jal in Lea County to Loving, could cost up to $160 million, Sandoval said.

The rural roads are suffering from years of disrepair, he said, driving up the cost of future repairs.

“It is a top priority,” Sandoval said of District 2. “There’s nowhere even close in the state getting that kind of investment, so it’s a very big priority. It’s something that should’ve been done in the past. You shouldn’t see roads crumbling. There should’ve been things happening to prevent that.

“Now, it’s going to be even harder and even more expensive because of the condition. Once they get to that crumbling point, you pretty much have to start over.”

He also said the State is beginning to look more at partnerships at the city and county level, to ensure “connectivity” between state-funded roads as travelers pass through local communities.

Sandoval said such concerns for the local roads that run between the larger state roads and interstates marks a shifting philosophy at the NMDOT, which in the past only focused on U.S. highways and interstates.

“That’s a very different mentality for my department. It was ‘We care about state roads, highways and interstates and if there’s anything else, that’s your issue,’” he said. “Helping cities and counties’ connectivity only helps us. We care about the entire state.”

State to apply for federal aid

To unlock even more funding, aside from state-appropriated dollars, Sandoval said the NMDOT and lawmakers are working to draft memorandums of understanding (MOUs) with oil and gas companies.

He said the State has worked with Permian Strategic Partnership (PSP), a group of oil and gas companies and government agencies tasked with creating funding and opportunities to work together to address local needs and support host communities such as oil and gas developments continue to grow in southeast New Mexico and West Texas.

The writing of a bill grant being drafted by the PSP, Sandoval said, was valued at about $50,000 and will be funded by the Partnership.

He said the same firm that wrote about $50 million in federal infrastructure grants for Texas, is now being used in New Mexico.

“They’re going help us write them in New Mexico,” he said of the grants. “When you see your neighboring state get $50 million, one of the first questions I got was ‘How much did you guys get?’ I found out we didn’t even apply, so zero.

“We’re trying to leverage that and we’re perfectly happy to work with private industry, with nonprofits and we’ve found a vehicle to do that so we’re not running into any anti-donation or any of those issues.”

New Mexico Gov. Michelle Lujan Grisham said road improvements are a “challenge” but her administration is planning significant projects in the southeast corner to respond to growing needs from local communities amid the boom.

She said past administrations failed to effectively bond out for road projects, and that resources for such efforts can be scarce.

During her tenure as governor, Lujan Grisham vowed to obtain more federal funding for road work in her state.

"I’m not suggesting by any stretch of the imagination that you got every resource you asked for, or that the state had lots of resources, but we weren’t bonding. We weren’t asking the feds for a single dollar. We weren’t doing the work that allow you to keep up. I’m asking.”

And to arguments that southeastern New Mexico doesn’t get its fair share, Lujan Grisham said she needs to utilize the oil and gas revenue to uplift the entire state and address the needs across the Land of Enchantment.

“While this (oil and gas) industry gave us a lot of those resources, we also added resource delivery and earmarked it here. We have to get away from saying all the money is made here and it should stay here. That’s asking me to pick and choose,” she said.

“We wanted to use this money we got in ever sector possible, and return investments here and show that we’re serious about doing it over the long haul.”