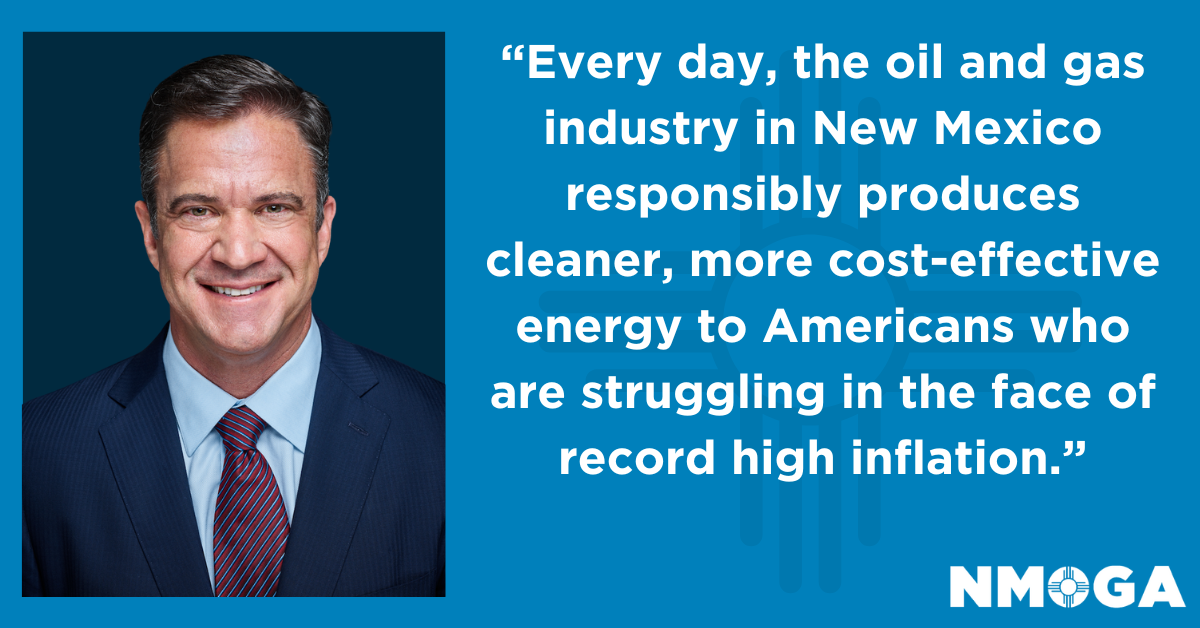 Aircraft will fly over the Permian Basin in southeast New Mexico and West Texas this month as the federal government investigates the area for potentiallyviolating government air quality standards through carbon emissions from oil and gas operations.

The flights will continue through Aug. 15 and will help inform the federal government to address worsening air quality in the area known for heavy fossil fuel development.

EPA Region 6 Administrator Earthea Nance said the flyovers will also look for sources emitting methane, a greenhouse gas with 25 times the global warming impact than carbon dioxide, aiming to identify where the emissions are coming from and who is responsible for emissions in the region that produces almost half of U.S oil and gas.

“The Permian Basin accounts for 40 percent of our nation’s oil supply and has produced large quantities of dangerous VOCs and methane over the years, contributing to climate change and poor air quality,” Nance said. “The flyovers are vital to identifying which facilities are responsible for the bulk of these emissions and therefore where reductions are most urgently needed.”

The EPA will use helicopters to analyze areas of the 86,000 square-mile basin, surveying oil and gas facilities via infrared cameras to detect emissions.

Technicians will notate the time, location and details about the kind of emission and its sources, and that information will be used to take enforcement action when necessary, per the EPA’s announcement.

Violations of state and federal law will be addressed through the EPA, and it could refer cases to the U.S. Department of Justice for prosecution, including fines and required corrective actions to prevent non-compliance in the future and ongoing monitoring.

James Kenney, cabinet secretary for the New Mexico Environment Department (NMED) said the state already undertook multiple such actions with the DOJ, hoping to hold energy companies accountable for pollution in his state.

In June, the U.S. Environmental Protection Agency announced it was considering designating Eddy and Lea counties on the New Mexico side of the basin – the U.S.’ most active producer of crude oil – along with multiple counties in Texas as “non-attainment” regions of the National Ambient Air Quality Standard (NAAQS).

The NAAQS sets limits on the level of ground-level ozone, a cancer-causing pollutant, in areas of the U.S. at 70 parts per billion.

Data from the New Mexico Environment Department showed Eddy and Lea counties, the two counties where most of the state’s fossil fuel extraction takes place, in violation of the NAAQS multiple times in past years as oil and gas operations grew in the region.

The ozone is created when volatile organic compounds (VOCs) interact with sunlight.

If the federal government acts on the elevated levels reported by the state, a non-attainment listing could put restrictions on permitting for oil and gas and other sectors.

Recent state actions could be too late, Kenney said, to avoid the tougher federal restrictions that he said will not take the “cost of compliance” pushed onto the industry into consideration.

“A designation is coming. I’m 100 percent certain they’re going to do that,” Kenney said of the EPA designation. “The science indicates that’s where we are. The rulemaking is catching up.”

Earlier this year NMED was able to finalize tighter regulations on oil and gas emissions but they had to take effect before the EPA’s announcement.

They will include more requirements for operators to report emissions and reduce emissions, targeting equipment like storage vessels, compressors, engines and pneumatic valves.

The rules will apply to New Mexico’s Permian Basin counties, but also to urban areas around Las Cruces and Albuquerque that were also known to have elevated air pollution.

‘Leaks don’t do it justice.’

He was critical of the industry for not doing more to reduce emissions to avoid federal action, arguing NMED was largely understaffed and lacked adequate resources to address the problem alone.

“Leaks doesn’t do it justice. These are flares that are not lit. These are ugly,” Kenney said. “They are spewing ozone precursors into the environment. Could the industry have done more? Absolutely. The investments in emission control in Permian Basin are lacking.”

Until NMED does get the resources Kenney said it needs – potentially through funding allocations requested of lawmakers in the upcoming 2023 Legislative Session – the state will await the EPA’s actions.

This will determine the degree of non-compliance, and where the worst areas are, Kenney said, along with how the non-attainment designation will apply geographically such as along county borders or attempt to follow air pollution plumes.

“This fall will be very decisive for how we move forward. I’m disappointed that air quality has deteriorated for the folks of Eddy and Lea county,” he said. “People have the right to breathe clean air, and so we will be working to restore that attainment.”

The EPA’s actions were criticized by oil and gas leaders in the region and industry supporters, as potentially stymying the region and threatening to increase energy costs on American consumers.

Texas Gov. Greg Abbott wrote a letter to President Joe Biden in June calling on the President to push back on the EPA’s efforts to reduce emissions in the Permian, saying at risk was “95 million gallons of gasoline per day.”

“If you let the EPA move forward with the untimely and unnecessary measures that accompany redesignation, that action will put at risk 25 percent of American oil supply. That, in turn, could substantially increase the cost of gasoline,” Abbott wrote.

“This action could result in draconian regulations imposed by the EPA that would directly attack America’s most prolific oil field.”

Doug Ackerman, president of the New Mexico Oil and Gas Association said the industry was taking its own steps, collaborating with state lawmakers and seeking out new technologies to reduce environmental impacts.

“Every day, the oil and gas industry in New Mexico responsibly produces cleaner, more cost-effective energy to Americans who are struggling in the face of record high inflation,” he said. “We do so while contributing only 3 parts per billion out of the approximate 70 parts per billion of ozone levels in the portion of the Permian Basin that lies in New Mexico.”