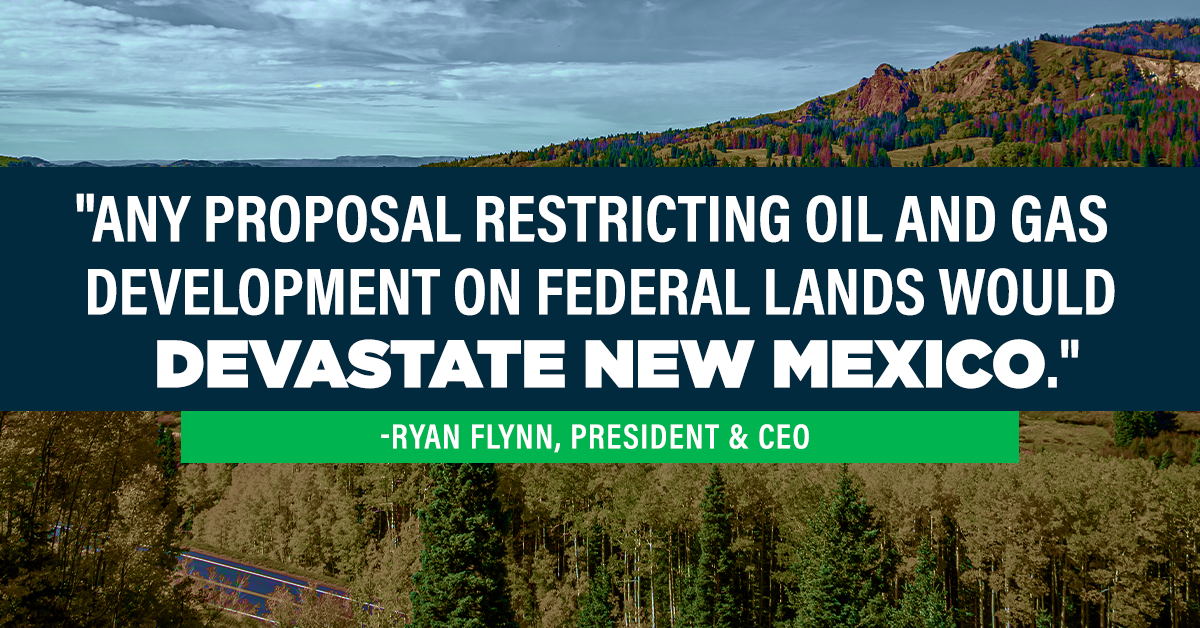 As President-elect Joe Biden prepares to take office in January, environmental groups sought to hold the Biden administration accountable for campaign promises to ban new oil and gas leases on federal land and potentially end the practice of hydraulic fracturing or fracking.

A consortium of organizations, including environmentalists, Native American, religious and business groups submitted text to the Biden administration for an executive order that would cease new fossil fuel leasing on federal land.

Jeremy Nichols, climate and energy program director for New Mexico-based WildEarth Guardians said the move was essential to transitioning the state and nation away from its reliance on oil and gas and toward widespread use of renewable energy.

“For our health and prosperity, President-elect Biden needs to make transitioning from fossil fuels a number one priority,” Nichols said. “That starts by taking bold action to get our federal government out of the business of selling coal, oil, and gas, and instead put public lands and waters to work for the climate.

“It’s time for President-elect Biden to make good on his promise to keep it in the ground.”

The letter from 538 groups across the nation suggested steps for the incoming secretary of the interior to take in implementing the proposed ban.

The proposed ban should stay in effect until emissions from fossil fuel development was reduced by 50 percent by 2030 and net zero by 2040 and global warming is kept below 1.5 degrees Celsius.

The Bureau of Land Management and U.S. Forest Service would be ordered to halt processing of lease nominations, lease sales and development permits along with new permit applications to drill new wells, per the submitted text, and halt new leases for coal.

The administration should also withdraw unleased portions of the Outer Continental Shelf, halting new oil and gas lease sales, read the submitted text, while the Bureau of Ocean Energy Management would stop issuing new permits until a review of the leasing program was completed.

In a letter sent to the Biden administration on Dec. 15, the groups pointed to the ongoing threats climate change pose to the world exacerbated by fossil fuel development.

“Climate change represents an existential threat to the United States and the planet. The climate crisis is already causing devastating impacts from more destructive hurricanes and wildfires, rising seas, increasing heatwaves, droughts, and floods, imperiling food and water security, and the causing the collapse of ecosystems,” read the letter.

“Because fossil fuels are responsible for 75 percent of all greenhouse gas emissions and over 90 percent of carbon dioxide emissions, it is the policy of the Biden administration to immediately cease the expansion of fossil fuel development and implement a managed decline of fossil fuel extraction on public lands and waters.”

But such actions could devastate the economies of western states like New Mexico that rely heavily on oil and gas extraction, per data from a recent Wyoming Energy Authority study conducted the University of Wyoming and cited by the New Mexico Oil and Gas Association (NMOGA) and Western Energy Alliance.

How would this impact jobs, GDP and tax revenues?

The move would cost 72,818 jobs per year, totaling in $19.6 billion in lost wages and cause an overall economic decline of $43.8 billion, the study showed.

Tax revenues would drop by up to $10.8 billion in New Mexico, North Dakota, Utah, Wyoming, Colorado, Montana, California and Alaska, read the study, by the end of Biden’s first term – states that make up 75 percent of U.S. onshore fossil fuel production.

NMOGA Executive Director Ryan Flynn said proposal to ban or restrict oil and gas develop on federal land would be irresponsible to the needs of New Mexico and stymie funding to public services such as education while also increasing the U.S.’ reliance on foreign energy sources which Flynn argued were not as stringently regulated.

“Any proposal restricting oil and gas development on federal lands would devastate New Mexico and result in the elimination of thousands of jobs, massive cuts in support for public education, and a greater reliance on foreign energy imports,” he said.

“Our state depends on oil and gas to fund schools, put teachers in classrooms and help our young children learn.”

“We are committed to doing our part to reduce emissions and protect the environment,” he said. “But we cannot slap thousands of New Mexicans with proposals that destroy jobs and ravage communities.”

Katherine Sgamma, president of the Western Energy Alliance said a halt on federal land development would only satisfy the demands of “radical” environmentalists and the Alliance would sue if such policy was enacted.

“He’s (Biden) calculating that he won’t pay a political price while satisfying radical climate activists, but he would be sacrificing the livelihoods of thousands of westerners throughout many sectors of the economy,” Sgamma said. “If he makes good on a Biden ban, the Alliance will be in court within hours.”