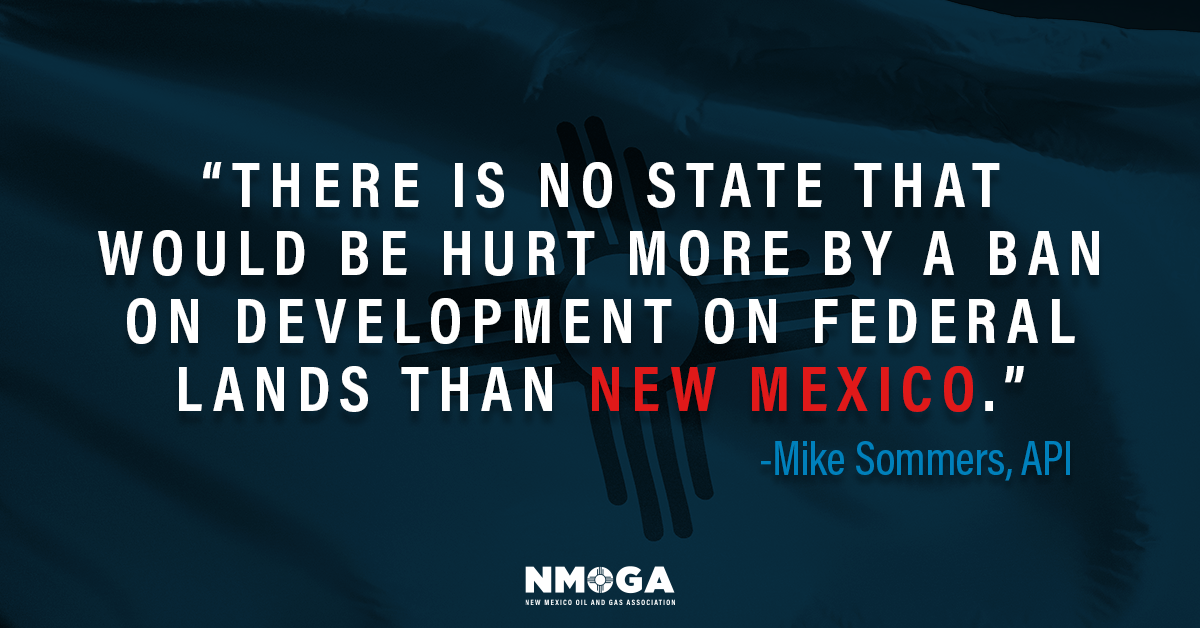 SANTA FE – New Mexico could face hefty losses of jobs and state revenue if a proposal to gradually halt oil and natural gas drilling on federal land is implemented, according to a report to be released Wednesday.

As part of his energy plan, Democratic presidential nominee Joe Biden has vowed to push for an end to new oil and gas drilling leases on federal land to combat climate change.

If enacted, such a policy would have a big impact on New Mexico, where federal land makes up about 32% of the state, according to the report to be released by the American Petroleum Institute and the New Mexico Oil and Gas Association.

More than half of New Mexico’s oil production and nearly 67% of its natural gas production in 2017 occurred on federal lands, the report found.

“There is no state that would be hurt more by a ban on development on federal lands than New Mexico,” API President and CEO Mike Sommers said in a Tuesday interview.

Specifically, the report found that over 62,000 jobs could be lost in New Mexico due to a dip in oil and gas production and that the energy-reliant state could face a revenue loss of up to $1.1 billion.

A spokeswoman for Gov. Michelle Lujan Grisham, who has endorsed Biden, said Tuesday that it’s premature to say whether New Mexico would seek a waiver from such a federal land management policy shift.

“If we are fortunate enough to have a President Biden, the governor knows that will require a close working relationship to both protect our environment and rebuild our state’s economy, and we look forward to those discussions and that work,” Lujan Grisham spokeswoman Nora Meyers Sackett said.

Before a drilling slowdown this year, surging oil production in southeastern New Mexico had made the state the nation’s third-highest oil producer – behind Texas and North Dakota.

While Biden has faced questions about his energy platform and said recently that he would not ban fracking, President Donald Trump has drawn the ire of environmental advocates during his first term in office by rolling back rules implemented by his predecessor.

Recently, Trump proposed regulations that would make it easier to drill in national forests, which could affect the Gila, Carson, Santa Fe, Cibola and Lincoln forests in New Mexico.

“New Mexico has enjoyed economic success in recent years because of investments and responsible development on federally managed lands, but changing course now will only ensure that jobs and capital stops at our state border,” Flynn said in a statement.