Before COVID-19, oil and gas drove economy in New Mexico 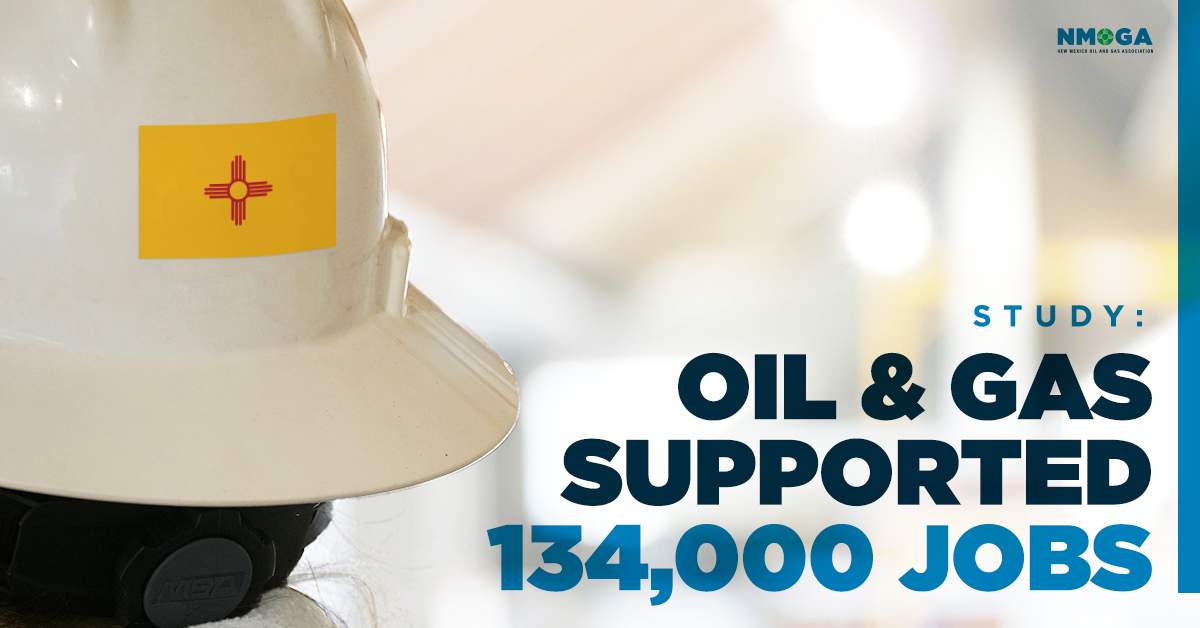 Before the COVID-19 pandemic hit New Mexico, it’s oil and gas industry was a major driver of economic growth in the state, supporting billions of dollars to the state’s economy and more than 100,000 jobs.

Before the COVID-19 pandemic hit New Mexico, it’s oil and gas industry was a major driver of economic growth in the state, supporting billions of dollars to the state’s economy and more than 100,000 jobs.

A new report released last month by the New Mexico Oil and Gas Association (NMOGA) reported that in 2018, oil and gas provided 134,000 instate jobs and $16.6 billion to the state’s economy.

The industry’s activity in New Mexico accounted for 12 percent of statewide employment and 16 percent of New Mexico’s economy, per the study.

Ryan Flynn, NMOGA executive director said that for the industry to continue driving the economic growth in the state, policies must be supportive of its growth and lawmakers should avoid creating unduly burdensome regulations.

“The oil and natural gas industry supports jobs and local economies in every corner of our state, and this report underscores the employment ripple effect inherent in this industry when it is allowed to be successful,” said Flynn said.

“New Mexico’s economic outlook and future generations depend on continuing policies that prioritize the development of our abundant energy resources, just as we have safely done for the past several years. The result is a stronger, more resilient New Mexico for everyone.”

Jobs in the oil and gas sector represented $7.6 billion in labor income in 2018, the report read and accounted for 14 percent of labor income across New Mexico.

One in every seven government jobs were supported by the industry, read the report, mostly in state and local government.

That led to $2.2 billion in state and local tax payments, the report read, or 25 percent of the state’s total payments.

Eddy and Lea counties in the Permian Basin had the most value-added from oil and gas at $3.8 billion and $3.2 billion, respectively, followed by San Juan County in the northwestern San Juan Basin at $2.4 billion and Bernalillo at about $2.1 billion in added value, the study read.

Flynn pointed to a recent analysis from the American Petroleum Institute commissioned by NMOGA that found a ban on federal oil and gas leasing would have severe consequences for the Land of Enchantment.

Such a move, as many worried would be enacted by Democrat Presidential Nominee and former-Vice President Joe Biden, would cost New Mexico 62,000 jobs by 2022, the report read.

Any government effort to stymie oil and gas production in New Mexico, Flynn said, would take funds away from public services such as healthcare and education.

“Smart, sound policy is critical to the success of our industry and has a clear impact on other sectors of the economy supported by oil and natural gas,” he said.

“The fact that industry supports one of every seven government jobs shows that New Mexico just can’t afford misguided proposals like a federal leasing ban that put teachers, first responders, and health care workers on the chopping block.”

Looking ahead to coming years as the world recovers from COVID-19, the study also warned that the state could see “significant” declines in the fiscal year 2021 in gross revenue from oil and gas as reported on severance tax returns.

The study said FY 2021 would see 40 percent less in such revenue compared with 2018, as active drilling rigs were currently at about half the level reported in 2018.

New Mexico started 2020 at similar levels to the past years, averaging 106 rigs in January and 114 in February and March.

A drastic decline in oil and gas activity led by a massive drop in the value of fossil fuel created by the pandemic and subsequent travel restrictions saw rigs drop in New Mexico to an average of 87 in April, 65 in May, 54 in June, and 49 in July.

The downward trend continued in the late summer and early fall as August averaged 46 active rigs in New Mexico, records show, and September had an average of 44 rigs.

Analysts pointed to the mild recovery of the industry over the summer, as crude oil prices rebounded from a historic drop to less than $0 per barrel in April as the pandemic spread across the U.S. to hover at about $40 per barrel in the following months.

But that momentum appeared to weaken, read a report from Enverus, as the price of West Texas Intermediate (WTI), a grade of crude used as a domestic pricing benchmark, struggled to overcome the $40 per barrel range throughout the fall.

“Crude oil prices recovered steadily over the summer as demand for transportation fuels (except for jet) rebounded from the lows of April-May. Unfortunately, the demand recovery has since lost momentum, and WTI is currently struggling to tread water at $40 per barrel,” the study read.

“The partial recovery in gasoline demand over the summer driving season in the United States was a critical support for the crude complex, but now demand for gasoline is settling into a long winter's nap.”