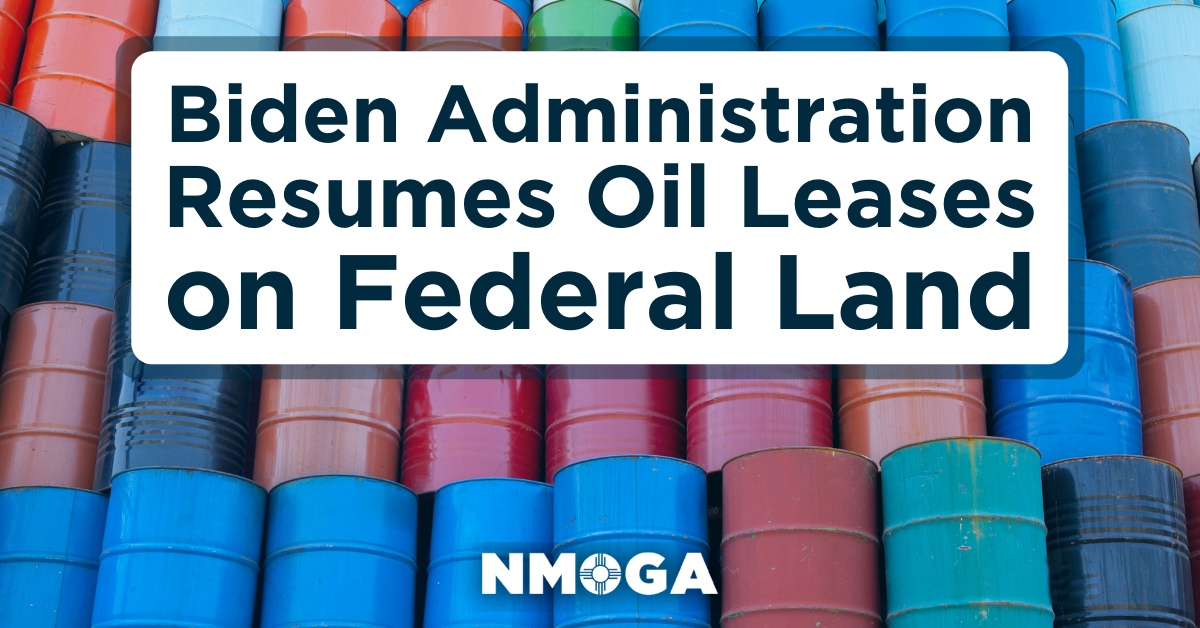 WASHINGTON—The Biden administration announced lease sales for oil and gas drilling on federal land Friday, but said it would sharply reduce the acreage available for leases and charge higher royalties on the oil and gas produced.

The Interior Department said it would make roughly 144,000 acres available for oil and gas drilling through a series of lease sales, an 80% reduction from the footprint of land that had been under evaluation for leasing.

Companies will also be required to pay royalties of 18.75% of the value of what they extract, up from 12.5%. Royalties for onshore oil and gas drilling generated about $1.5 billion to $3 billion a year for the U.S. Treasury during the last decade, according to the Congressional Research Service

The announcement comes after weeks of pressure on the Biden administration to take action to address historically high energy prices driven by the economic rebound from Covid-19 and Russia’s invasion of Ukraine.

As a candidate, President Biden called for ending oil and gas drilling on federal lands as a way to cut greenhouse-gas emissions that contribute to global warming. He ordered a moratorium on new leases on the day he took office.

That moratorium was put on hold by a federal district court judge in Louisiana on June 15, after 13 states with significant oil and gas drilling sued to block it—saying Congress requires the development of abundant energy resources on public lands.

The states also argued that they would lose money and jobs if the moratorium remained in place while the lawsuit unfolded.

The lawsuit challenged the president’s authority to issue the moratorium under federal law, and it wasn’t immediately clear Friday whether the plaintiffs would continue with the lawsuit, which had oral arguments scheduled for next month.

Resuming oil and gas leases has been at the top of the industry’s wishlist for action in Washington to help reinvigorate U.S. oil production. But Friday’s decision is unlikely to deliver quick relief, since even after a lease has been granted it can take months or years to tap the oil in a way that can meaningfully add to supply.

C. Jeffrey Eshelman, chief operating officer at the Independent Petroleum Association of America, a trade group, took issue with the timing of the release late in the afternoon on Good Friday and Passover.

“This administration has begged for more oil from foreign nations, blames American energy producers for price gouging and sitting on leases,” Mr. Eshelman said. “Now, on a late holiday announcement, under pressure, it announces a lease sale with major royalty increases that will add uncertainty to drilling plans for years.”

The American Exploration and Production Council, which represents independent producers, noted that the Obama administration had held dozens of lease sales by this point in its tenure.

“While today’s announcement is a step in the right direction, to really unleash American energy the Biden administration should continue to hold ongoing lease sales pursuant to the Mineral Leasing Act, issue permits more expeditiously and provide consistent regulatory certainty,” Anne Bradbury, the group’s chief executive, said in a statement.

Environmental groups said Mr. Biden is backing away from his campaign promise, and that the lease sale will hurt efforts to stem climate change by cutting greenhouse-gas emissions

“This is pure climate denial,” Jeremy Nichols, climate and energy program director for the nonprofit environmental group WildEarth Guardians, said in a statement. “While the Biden administration talks a good talk on climate action, the reality is, they’re in bed with the oil and gas industry.”

Until Friday, the administration hadn’t announced any specific plans to resume lease sales for federal land. It had held one offshore lease sale, which was later invalidated by a federal district court judge.

“For too long, the federal oil and gas leasing programs have prioritized the wants of extractive industries above local communities, the natural environment, the impact on our air and water, the needs of Tribal Nations, and, moreover, other uses of our shared public lands,” Ms. Haaland said in a statement.

As part of the lease sale process, U.S. officials will issue final environmental assessments and sale notices for upcoming oil and gas lease sales on Monday.

In November, the Interior Department recommended that the agency begin the process of raising the royalty rates, saying that the program “fails to provide a fair return to taxpayers.”

The House has also approved raising rates, but the measure didn’t get a vote in the Senate as part of last year’s failed $2 trillion education, healthcare and climate package.

Environmental and taxpayer watchdog groups have pushed to increase that rate on the grounds that oil and gas companies can afford to pay a larger amount for selling public resources. Oil companies lobbied to keep lower rates to avoid more operating costs.

Roughly 10% of U.S. oil and gas production comes from federal land. Most comes from state and private land.

At a congressional hearing this month, Devon Energy Corp.’s chief executive, Richard Muncrief, said that supply-chain problems are now making it harder to get the equipment to begin drilling.

After getting an initial permit it is now taking “closer to six months,” up from about one month before, to collect all the other permits and get equipment in place to start to drill in some basins, he said.

Mr. Biden said that he plans to release as much as 180 million barrels of oil from the U.S. Strategic Petroleum Reserve over six months, the biggest-ever drawdown from the country’s emergency stockpile of roughly 568 million barrels.

The Interior Department’s Bureau of Land Management handles about 25 million acres of leased land. U.S. officials make plots of land available for leasing, companies bid on those sections and, once secured, go through permitting and environmental reviews before beginning drilling operations.