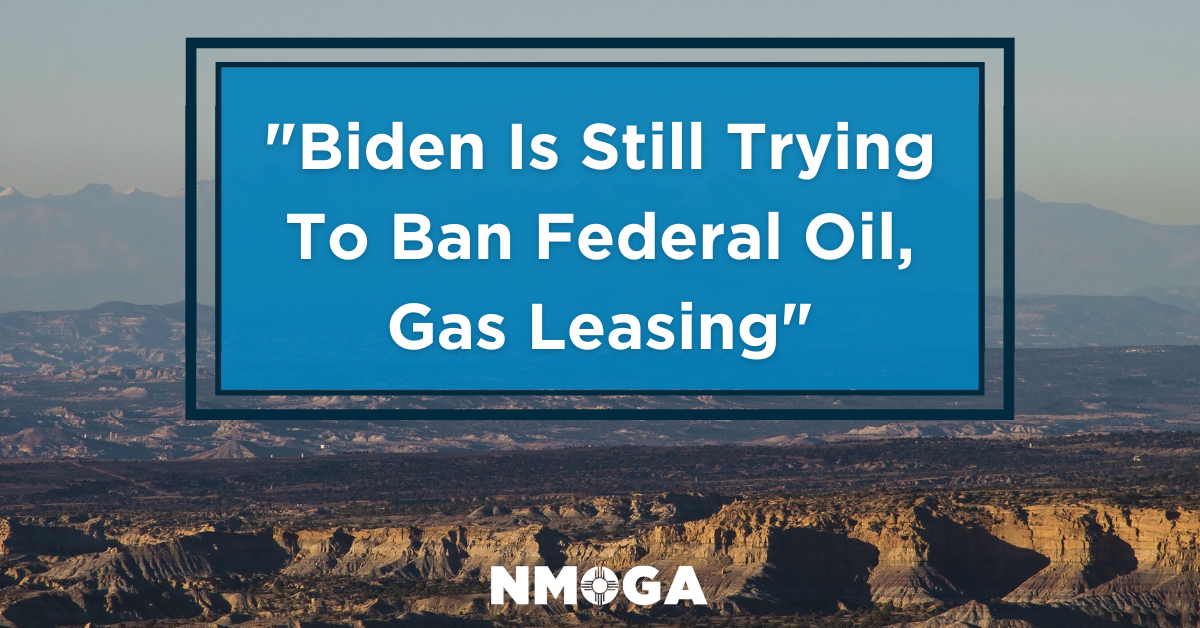 The Biden administration asked a federal court this week to uphold its ban on new federal oil and gas leasing, according to Department of Justice (DOJ) court filings.

The administration argued the U.S. District Court for the Western District of Louisiana should toss an April 29 motion from more than a dozen states asking the presiding judge to permanently nix the leasing ban, according to the Monday filings. The Louisiana court placed an injunction on the ban in June 2021, forcing the federal government to hold oil and gas lease sales until a final ruling was issued in the case.

“The government’s position is laid out in its filings,” Department of the Interior (DOI) spokesperson Melissa Schwartz told The Daily Caller News Foundation in an email Wednesday.

In April, the DOI — which hasn’t held a single onshore oil and gas lease sale during President Joe Biden’s tenure — finally scheduled six sales for June, saying the court injunction issued more than 10 months prior had forced its hand. However, the agency delayed four of the sales, one of which was scheduled for Tuesday, after environmental groups filed protests.

Schwartz didn’t comment on why the administration has continued to argue in favor of the ban or if it would cancel the scheduled sales altogether if the court reinstated the ban over the next week.

“For decades, presidents of both parties have faithfully executed the Outer Continental Shelf Lands Act and Mineral Leasing Act—Congress’s meticulously crafted framework governing oil and gas leasing on federal lands,” the states wrotein their April filing. “Those statutes’ import is unambiguous: the Executive Branch must work with the States to facilitate the expeditious and safe development of onshore and offshore federal energy resources.”

“By executive fiat, however, President Biden has brought this entire regime to a halt,” they continued. “Defendants’ administration-wide Pause on onshore and offshore oil-and-natural-gas development is unauthorized by any statute.”

Administration officials, meanwhile, have continued to suggest Biden is still in favor of the leasing ban.