Can these high-tech methane detectors help the U.S. reach its climate goals? 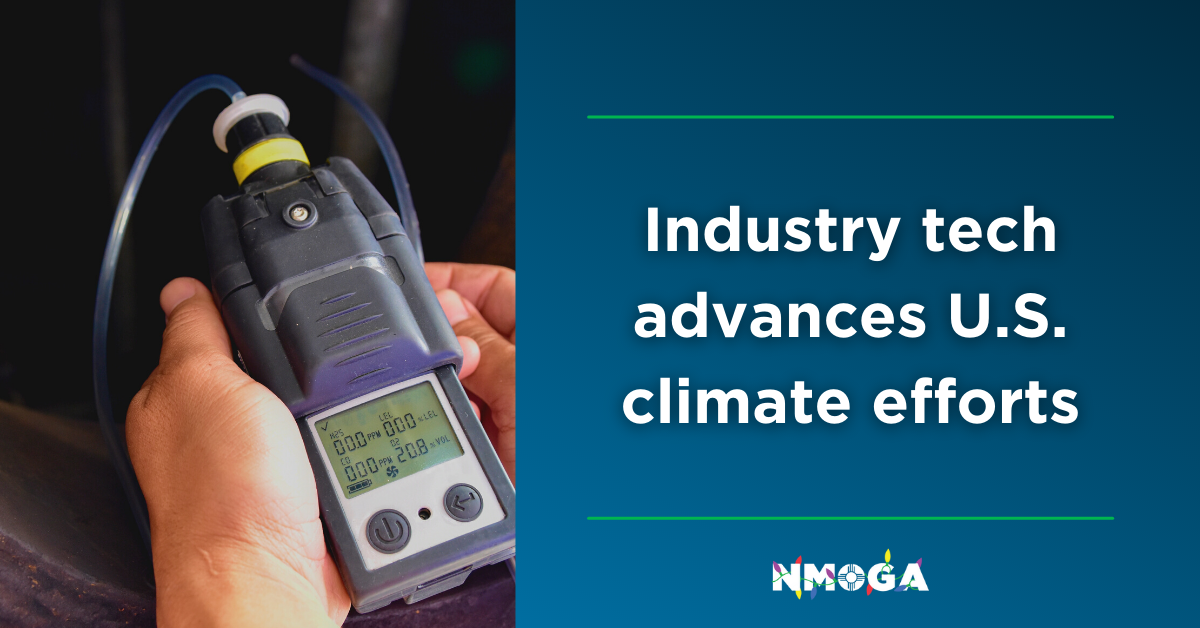 To explain how high-tech aerial photography can help save the planet, research scientist Riley Duren refers to a map of Los Angeles, where a pixelated blue and green cloud hovers over a few city blocks. The plume resembles precipitation on a Doppler radar map, but it is more insidious: it’s methane, a powerful heat-trapping gas, leaking into the air. Red and yellow specks at the center of the cloud indicate the highest concentration of the gas, and point to the source—a natural gas pipeline.

The map is part of a series of aerial surveys that also revealed methane leaks in Utah, New Mexico, and other parts of California, all picked up by his team’s airborne infrared cameras. Many of these leaks are the kind that so-called bottom-up tracking—estimates based on counting wellheads and other potential sources of methane—often misses, Duren said.

Duren runs Carbon Mapper, a nonprofit that partners with NASA and other organizations to track methane and carbon emissions. They are part of a wave of researchers stepping up to provide more accurate and transparent accounting of methane—something that will be key for reaching climate goals agreed on in Glasgow last month.

“There is, I’ll say, ‘a loose federation’ of satellites, aircraft, and surface space measurements that are intended to augment legacy accounting systems,” Duren says.

Those legacy systems include the Environmental Protection Agency (EPA)’s count and self-reporting by large oil and gas facilities. Both have been found to underestimate actual emissions by as much as 60%, according to research published by the journal Science. The report estimated those emissions amount to $2 billion in annual losses.

One leading contributor to the undercount are so-called “super emitters,” says David Lyon, a senior scientist at the Environmental Defense Fund (EDF), and one of the report’s authors. “These relatively infrequent but high emissions sources can contribute a large fraction of emissions, and the traditional [tracking] approaches often miss those,” Lyon says. These outsize emissions sources are the result of leaks and malfunctions, but they also come from intentional burning, which includes flaring and venting.

According to Lyon’s research, oil and gas companies in the U.S. emit more than 13 million metric tons of methane each year.

Duren says that many of the super emitters his team identified were lower-producing oil and gas wells. Many of those were exempt from EPA counts, which only include facilities over a certain production size. (That would change under proposed regulations.) These so-called marginal wells are often poorly maintained, according to Lyon. “They’re very leaky,” he says. “And there are hundreds of thousands of them.”

Reducing methane emissions, the second most prevalent greenhouse gas in the atmosphere, is at the heart of the Global Methane Pledge, an initiative signed onto by more than 100 governments last month in Glasgow. But in order to reduce those emissions by at least 30% by 2030, they need to know how much they’re dealing with and who is responsible for them. That’s where Duren and other methane detectives come in.

By flying planes over oil and gas operations and using infrared cameras to capture images of methane emissions, Carbon Mapper has captured super-emitter events over large oil and gas regions. Duren says the organization plans to launch its first satellite in 2023.

GHGSat, a Canadian company, launched its first methane-detecting satellite in 2020 and a second one in January 2021. With ultra-sensitive sensors, it can track even small methane leaks from space; CEO Stephane Germain says he plans to launch eight more satellites by the end of 2022.

The EDF has announced plans to launch its satellite, MethaneSAT, into orbit next October.

On the ground, laser-based systems are becoming more accurate and accessible. In New Mexico, scientists have developed machine-learning codes that, paired with sensors, can use the direction of wind currents to trace methane emissions to their sources.

Changes proposed by the Biden administration may create more demand for these services. Last month, the EPA announced new methane regulations, aimed at cutting 41 million tons of emissions by 2035, which would require states to reduce emissions from existing oil and gas operations. (Previous regulations—repealed by the Trump administration and reinstated by Biden’s—only applied to new and updated infrastructure.)

Daniel Zimmerle, director of Colorado State University’s Methane Emissions Technology Evaluation Center, says he expects the new federal regulations to accelerate testing and adoption of all types of methane-tracking technologies: “Five years from now, we’ll have way more [tracking] solutions than we do today.” Indeed, Grand View Research, a market research firm, has estimated that the global market for detection and repair will grow to $26 billion by 2028.

Satellites draw excitement for their broad reach, says Zimmerle, but a range of tools, from stationary lasers to lidar sensing, will help improve emissions accounting. “There are so many solutions on the scene,” he says. “Don’t expect a winner—expect a portfolio. Different solutions snap together into a multitiered approach.”

To Duren, the Global Methane Pledge could be an exciting path for lowering methane emissions. But, he says, a stronger focus on tracking first will fortify those commitments, forcing polluters and world leaders to acknowledge the actual scope of the problem. “Pledges are great,” Duren says. “They’re necessary, but not sufficient. Action needs to follow. And you can’t do that without having good data.”