Carlsbad BLM office the busiest in the nation 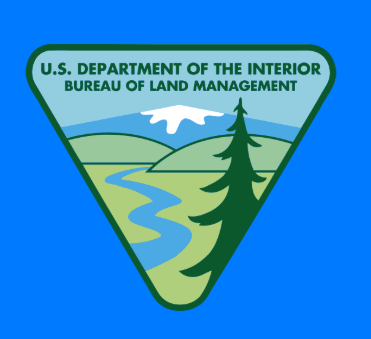 Small oil and gas operators are beginning to make their mark in southeast New Mexico, as applications to permit drilling at the Bureau of Land Management's Carlsbad Field Office saw a 10-year high in fiscal year 2018.

About a third of oil and gas operators on federal land owned by the BLM go through a small field office in Carlsbad.

The district's main office is in Roswell, far from the oil and gas boom in the Permian and Delaware basins.

This year, Carlsbad received its most applications to permit drilling (APDs) in 10 years.

He pointed to advances in extraction technology, including hydraulic fracturing and horizontal drilling as the main factor in harnessing the Permian's potential.

"It's the technology. The Permian was historically a big oil basin, but it was technologically limited. New technology was developed and the boom was on," he said.

Ty Allen, assistant field manager at the BLM, said many companies are planning long-term operations in the area, confident that region will continue to boom.

"There seems to be confidence that this will last a little while," he said. "Companies are discussing more long-term plans."

Allen pointed to the last major boom in 2012, centered around the Loco Hills area to the northeast of Carlsbad.

He said the industry's focus shifted southwest in about 2014, moving into areas such as Loving and Carlsbad.

This geographic shift created a backlog, he said, as companies moved and reapplied for permits before the earlier APDs were complete.

That issue is indicative, he said, of the industry's fluctuating nature.

"The backlog comes from shifting priorities," Allen said. "By the time we get them permitted, they've shifted to another area."

The process of approving an APD can take months, or even years in New Mexico.

It all depends on the accuracy of the initial application and if it has to be modified later.

Records show the office averages about 8,000 to 9,000 modifications annually.

"Technology is changing so fast," Allen said. "They can submit an APD, and they can multiple sundries before they drill."

A complete, accurate APD would only take a couple months to approve, Stovall said.

Still, the recent boom tested the office's capacity, he said.

"The more a company knows about the site, the more efficient it can be," Allen said. "Just with the amount of permits coming in the door, it can take a little longer."

The permitting process can also be slowed by the numerous other projects ongoing at the Carlsbad Field Office.

The office is currently finishing up a September lease sale, while preparing for December's sale and another in March.

It is also working on a revision to the district's resource management plan (RMP) for the first time since 1988.

There were also about 1,600 rights of way processed in the last fiscal year.

The office currently has 105 employees, Stovall said, and the office has received approval to hire 25 others.

And with the extra capacity, Stovall said the office can focus on more than just extraction.

He said the increase in activity and staffing could allow the BLM to look into more conservation efforts, improving watersheds and strengthening access to public land.

"It's not about just oil and gas," Stovall said. "We realize there's quite the geology here for oil and gas. We've tried to take the perspective that there are other (land) uses."

Meanwhile, Allen said the BLM will continue to serve its mission of improving the health of public land, and public access to resources.

"There's oil here," he said. "But we're going to do our best to meet all the needs of the public."