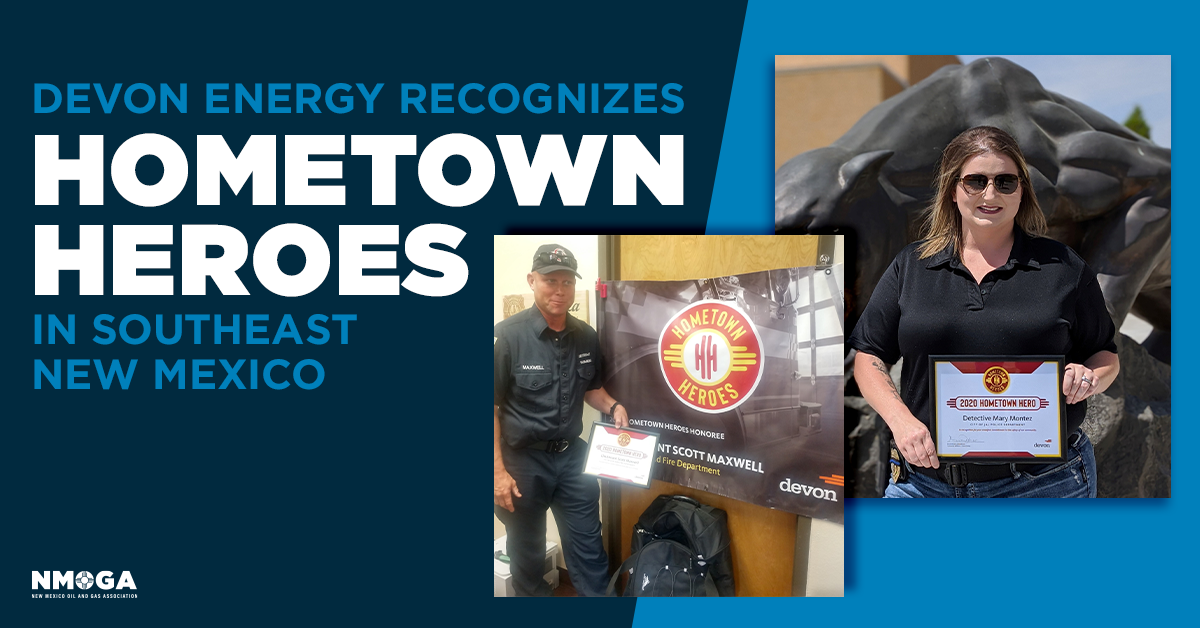 The initiative brings attention to the hard work and devotion of emergency responders, including firefighters, police officers and EMTs.

Maxwell also serves on the water rescue and SWAT teams and has specialized training as a swift water and HAZMAT technician, among other skills. He is an army veteran, has worked as a wild land firefighter and is described by peers as “the hardest working, most knowledgeable person in the department.”
“First responders like Scott put others’ needs above their own and work diligently to ensure the security of their neighbors,” said Shannon Johnson, senior community relations specialist for Devon. “The Hometown Hero Award is a small token of our gratitude for the countless hours spent responding to community needs.”

Detective Mary Montez with the Jal Police Department was also recognized with the Hometown Hero Award.

Devon Hometown Heroes are named once a quarter, and nominations can be submitted at www.devonenergy.com/hometownheroes. All nominees must serve in an emergency response role in either Eddy or Lea county, New Mexico.