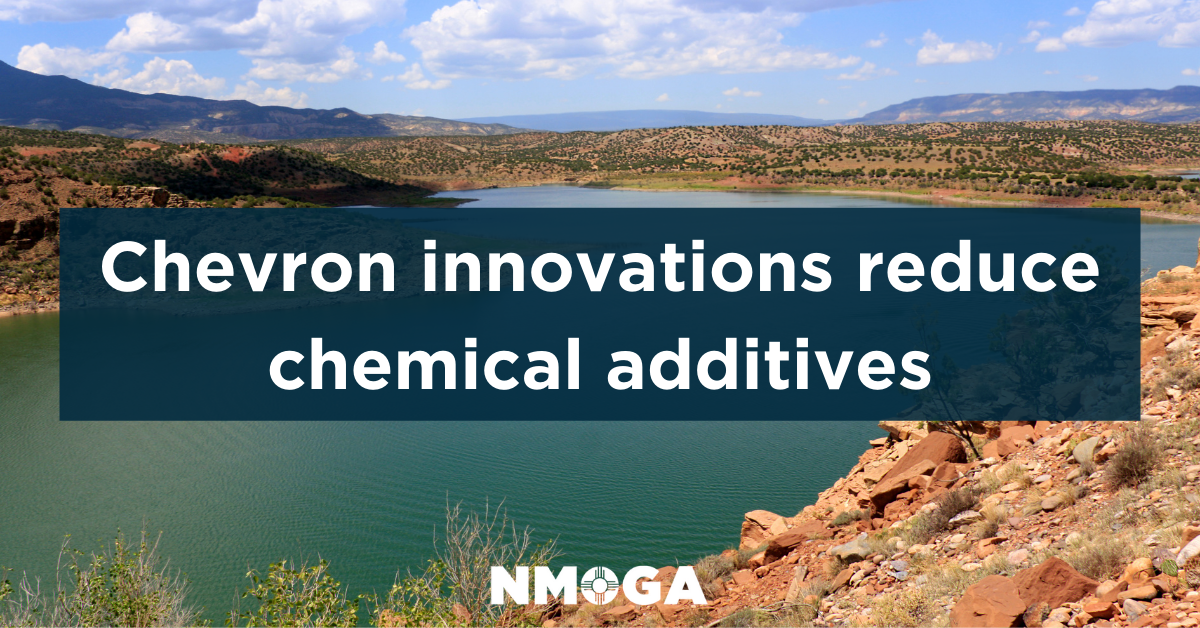 Incremental gains are not always celebrated, but as two of the biggest oil producers in the US show, they nonetheless can net unrealized savings and new efficiencies.

Unconventional completions engineering is often a game of inches. One where winning is increasingly defined by gaining incremental control over capital, geologic uncertainty, and preconceptions about how to do it right.

This spirit of continuous improvement remained a chief undercurrent of this year’s Unconventional Resources Technology Conference (URTeC) in Houston.

Chevron and Occidental Petroleum (Oxy) were among the largest Permian Basin operators at the conference to reveal how their completions philosophies evolved amidst the onset of a low-capital environment.

Chevron reports that it's saving around 8% on new well pads while also adopting new proppant schedules that have reduced its reliance on chemical additives.

Oxy also shared its defense for "aggressive" flowbacks that are increasing early-time oil rates by as much as 80% at its Delaware Basin program. This speeds cash flow, but Oxy said without harming ultimate recovery rates.

In the first half of 2020, a period that saw West Texas Intermediate oil prices crash to historic lows, Chevron completed trials and then quickly adopted the emergent simul-frac completion for use across its sprawling Permian asset that encompasses more than 2 million acres.

The simul-frac, also called a twin frac and other terms, has been warmly embraced across the US shale sector since it enables one fracture stage in two adjacent wells to be stimulated at the same time. This requires extra capital and careful planning, but in line with other first adopters Chevron’s experience has proven a net positive.

Amos Kim, a completions advisor at Chevron, coauthored URTeC 5340 that details the operator’s simul-frac project which he described as “an astounding success.” The high-level results below compare against Chevron’s use of the conventional zipper frac method.

Key to Chevron’s approach is that its typical 16-pump fleet, which can pump a single well at 90 bbl/min, has enough spare horsepower to effectively be split into two fleets pumping at a rate of 60 bbl/min.

Other simul-frac fleets have called for adding around 25% more pumping horsepower to the job. But to reap the biggest savings it could, Chevron decided to maximize what it could get out of a single, standard fleet of 16 units.

The lower treating pressures with this simul-frac approach required Chevron to make some notable design changes, including shorter stage lengths and more stages per well. It said these adjustments ensure that completion crews can maintain their desired rate per perforation cluster or the well's target cluster efficiency.

These changes increase completion time on a per-well basis, but the overall reduction of several days on location combined with the savings on friction reducer additives negates these additions.

From the podium, another coauthor elaborated on why moving 30% faster yields only an 8% savings.

“You've got additional equipment on this pad. There's additional costs to deliver higher rates of tangibles, such as water and sand to the location, and those additional stages,” said Andrew Ruhl, a competitive performance advisor with Chevron. He added, “You're making extra wireline runs, you're making extra [perforation] gun runs, and you have extra plugs to drill out. So, there’s nuance there to capturing the cost savings.”

More on the tradeoffs Chevron has accepted in its simul-frac journey:

The Chevron authors stressed the importance of adequate planning and logistics in realizing the upsides of the simul-frac. Kim also highlighted that Chevron has a large inventory of three- and five-well pads. Odd-number well pads represent a hiccup for the simul-frac, which is easiest to execute on pads with an even number of wells.

“Not only that,” said Kim, “we were also at times targeting different formations at the same time. So, three wells would be in one formation and two others will be in another formation. That really poses some difficulty in trying to do a simul-frac on every single stage.”

He added that Chevron staff got “creative” and developed planning tools to help the operator better understand where and how the simul-frac should be done to maximize its benefits. Kim said that includes successfully adapting simul-frac sequencing to stimulate three-well pads.

Another change in Chevron's completion design is what it calls constant concentration, or CoCo. This innovation on the slickwater completion alleviates pad real estate pressures while also bolstering well economics, albeit a bit more modestly than the simul-frac:

As presented in Chevron’s paper, URTeC 5317, the CoCo concept “challenges the convention” by calling for proppant loadings to be quickly ramped up to the desired level, or as soon as a fracture appears to be initiating at the perforation and rock interface. A steady rate of pumping and proppant, or a constant concentration, of up to 1.25-1.50 pounds of proppant added (PPA) per gallon is then held to complete each stage.

This varies from traditional schedules designed to ramp up fluid and proppant volume in a stepwise fashion. To promote near-wellbore erosion during the start of a fracture stage, operators add more and more sand until the heaviest proppant concentrations, usually up to 2.0 pounds PPA, are delivered toward the very end of a stage. This necessitates the use of gels to help carry the heavier loads.

Amit Singh is a coauthor and principal advisor of well stimulation at Chevron. In terms of implementation, he noted during his paper presentation that the biggest consideration came down to ensuring the new proppant-handling plan would be done as safely as the old one. The learning curve, as it turned out, was not so steep.

“Recently we were talking to one of our completion engineers and he said, ‘This is the easiest cost-savings that we have ever accomplished in our design,’” related Singh.

Chevron also credits CoCo with reducing the risk of screenouts that can be caused by traditional ramp up schedules. Additionally, thanks to the consistent nature of its pumping approach, Chevron says surface treating pressures become a more reliable proxy for measuring bottomhole pressures.

Oxy Is Aggressive With its New Wells, and That’s OK

Listen to enough flowback experts, and you will soon understand that there is no one right way to properly bring in a newborn horizontal well.

But for Oxy’s Permian Basin asset, what seems to work best is an aggressive parenting style. In URTeC 5088, Oxy explains that its preferred tactic is to open chokes “as fast as sand production allows.” In one example from the paper, that meant an oil well's choke went "from 0 to fully open in 16 days." The results of the aggressive approach in Oxy's study area:

The figures above come from a “mature” field in the Permian, specifically in the Delaware Basin section of New Mexico. Since this study, Oxy has applied its learnings “in many fields” targeting the prolific Bone Spring Sands and Wolfcamp Shale formations.

Being aggressive is largely contingent on the availability of two of the company's 9,000 B/D facilities to handle the large influx of initial production, otherwise a nonaggressive, or slower, flowback is necessary. Additionally, flowing production to two facility trains costs more than using just one. The added costs are used in Oxy's NPV calculation to decide when aggressive flowbacks are more profitable.

Oxy's win-win on initial production without reservoir damage boils down to these two factors: better rock and more proppant.

Based on these findings, it seems the supersized doses of proppant that Oxy and most other Permian operators have been relying on since around 2016 are doing the job. Oxy said it also used a new diagnostic tool in its research on flowback which helped it determine "that reservoir depletion is the primary driver for productivity reduction during the early time, and aggressive flowback only accelerates the depletion effect."

Additionally, Oxy’s field data found wells completed with lower proppant volumes “show a dramatic effect with each change in choke size,” even when using nonaggressive flowbacks. According to the operator’s completions experts, this implies that “the effect of flowback strategy on wells depends on completion size,” and again, offers justification for modern proppant volumes in terms of both conductivity and faster returns.

Oxy’s experience here runs counter to those covered in years’ worth of other studies from across the spectrum of tight-rock plays. One school of thought on the matter champions a tempered, or “managed” approach, to opening a new well’s choke.

Oxy acknowledged this and pointed out that its permeability “is higher than previously published studies on shale and gas reservoirs.” And because of its relatively advantageous permeability, Oxy warns that the application of its learnings could be limited.

That said, the unconventional spectrum is not wholly comprised of “ultratight” rocks and includes many low-permeability formations around the globe that are on the order of 0.005 md (the figure Oxy used to demonstrate a modeling run in its paper).