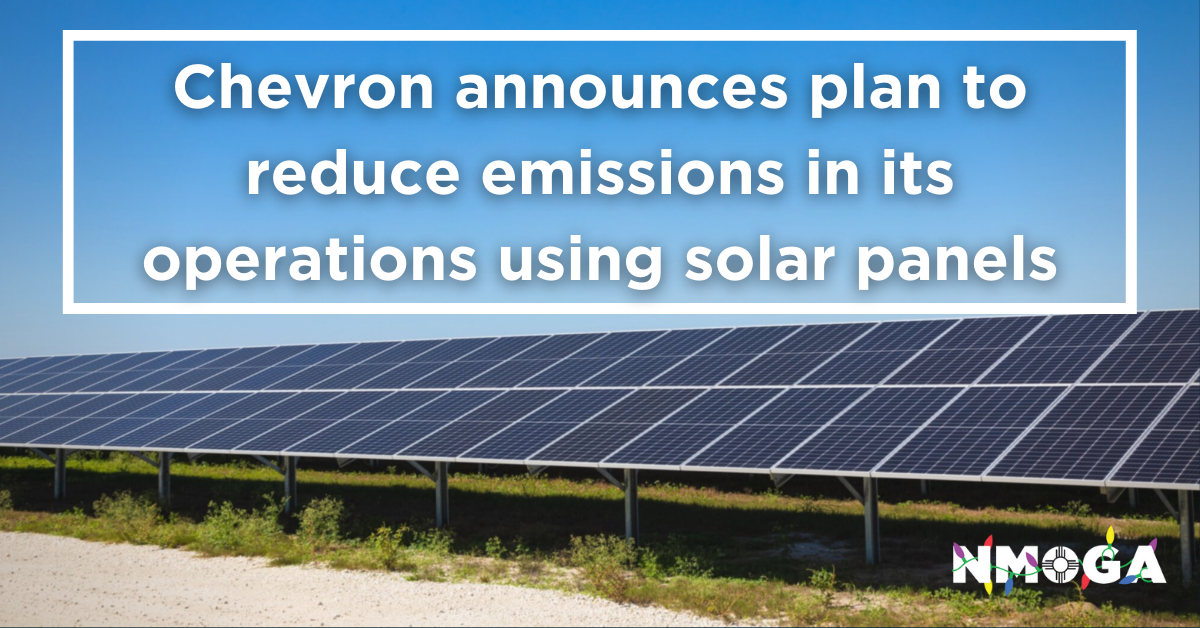 Eddy County Board of County Commissioners received an overview of the project during the Commission's Dec. 7 meeting.

Davis said the project would be located near Whites City Road and Roadrunner Ridge Road, and be established on 300 acres of leased land.

Chevron and Algonquin announced in July 2020 projects to co-develop renewable power projects that provide electricity to assets across Chevron’s global portfolio, per the memo to Eddy County.

Davis said the project would supply electricity to Chevron properties and provide power equivalent to that needed for 5,000 homes.

“It’s available for local use to extend their life of their properties,” he said at the County Commission meeting.

In the memo, Chevron said the $30 million bond with a 30 year term would not impact Eddy County.

Liberty Utilities and Liberty Power, Algonquin’s parent company, would pay an annual fixed Payment in Lieu of Taxes (PILT) owed in property taxes to the Carlsbad Municipal Schools over the term of the bond, the memo indicated.

“Chevron is seeking to supplement its power supply mix with renewable energy, reduce the operating expense of its Hayhurst Development Area activities and reduce its Scope 2 emissions," according to the memo.

Davis said work on the project was scheduled to start in 2022.

Commercial operation could start in early 2023 and the facility could employ two fulltime people, the memo stated.

In a June 2020 press release, Chevron and Algonquin announced projects in the Permian Basin of New Mexico and Texas and other parts of the world.

“Algonquin will lead the design, development and construction of the projects. Chevron will purchase electricity from the jointly owned projects through power purchase agreements,” the 2020 press release noted.

Davis said the industrial revenue bond resolution was to be presented to County Commissioners Dec. 21 and was likely to be voted on then.