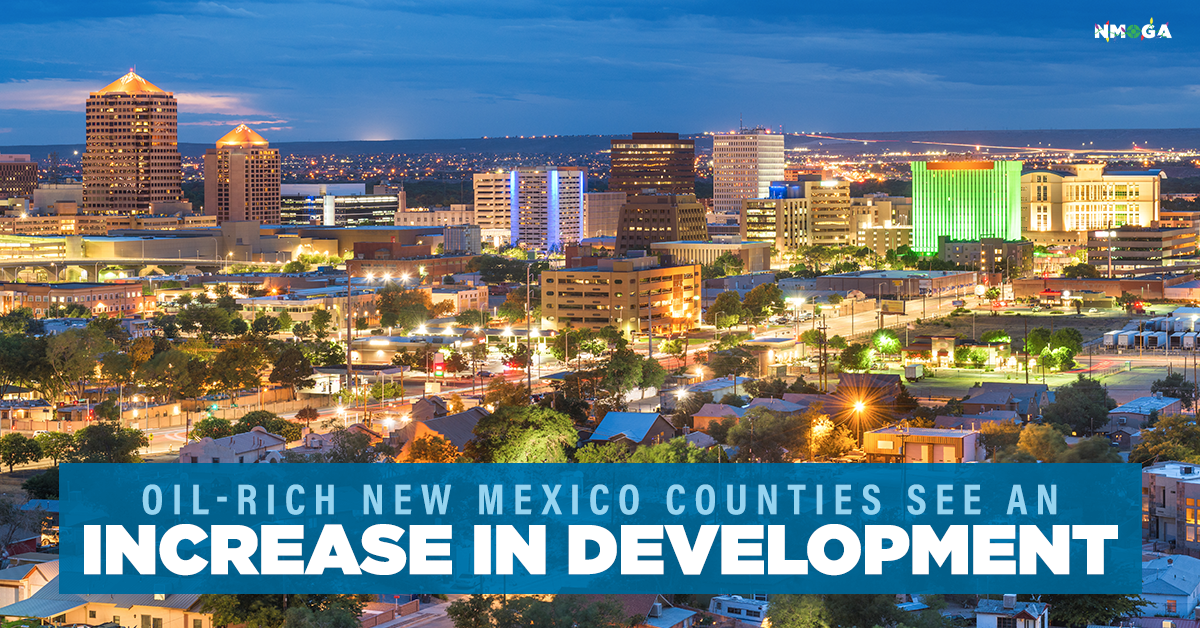 In an area known for its oil and gas reserves, Lea and Eddy counties certainly felt the effects of the Covid-19 pandemic's wild ride over the past year.

Record oil highs of $63.35 per barrel gave way to lows of $21.04 in April as the pandemic gained steam, according to IndexMundi.com. Meanwhile, unemployment in New Mexico's share of the Permian Basin has remained well above last year's figures since about April.

Business First spoke with Jay Jenkins, the president and CEO for Carlsbad National Bank, and Stacey Blackmon, a Realtor with Century 21 in Carlsbad, who said they haven't experienced major disruptions in their day-to-day activities in this oil-rich part of the state.

"We certainly see a change, make no mistake about it because oil prices have dropped, but because we're still home to the biggest oil and gas finds in the entire world, there's still activity," said Jenkins, who a year ago told Business First that restaurants in the middle of the oil-hot communities regularly had waiting lists of 45 minutes and communities need more grocery stores to fulfill demand.

"There's still a lot of unknowns out there ... things will get busier as prices rebound," Jenkins said. "This could be worse. We're very thankful for all the activity that is happening."

Jenkins said there are still several large commercial projects that remain ongoing in the area, but even with a dip in price per barrel of, work is still ongoing near the Permian Basin both in the oil fields and out.

As of August, the city of Carlsbad issued 2,053 building permits with a valuation of over $85.5 million. City data shows that the construction projects include a regional office for XTO, a major energy player, as well as a new branch for Jenkins's Carlsbad National Bank and master-planned communities and subdivisions for residential housing.

Overall, the area's real estate market has remained fairly active and balanced throughout the Covid-19 pandemic, said Century 21's Blackmon. While the pandemic threw a wrench into all businesses, the amount of housing activity Blackmon and her team have seen has surprised her given the sudden change of events after New Mexico's first reported positive case of the coronavirus in March.

"Our heart is with the oil and gas industry — it's so much of what happens with this town — but it's not the only thing," Blackmon said. "People still get married and have to move in together, get divorced and have to leave each other, kids come in, people move away, jobs change.

The median days on the market for a home in Eddy County — where Carlsbad is located — backs up Blackmon's realization. While the median was 93 days as of October, between March and September a home lasted as little as 68 days on the market in March, and as long as 90 days in July. The median home approached $220,000 in April and May, and while it declined to $211,250 as of October, it remains higher than it was at the start of 2020 at $210,000.

Even with a downturn in oil prices from last year, Jenkins sees the local economy normalizing from a shortage of housing options and retail projects. He added that industries that aren't dependent on oil and gas "are feeding off of themselves" and will help the area get through the booms and busts.

"We've gone from a year ago where hotel rates at their all-time highest, there are no apartments, there's nothing available to lease or buy," Jenkins said, "whereas today, you can probably get a hotel room for $100 a night ... and we have a few rental properties available.

"We were in a market that wasn't normal. We were in a boom. Hey, great, hope we have another one, but I say we'll continue to adjust."