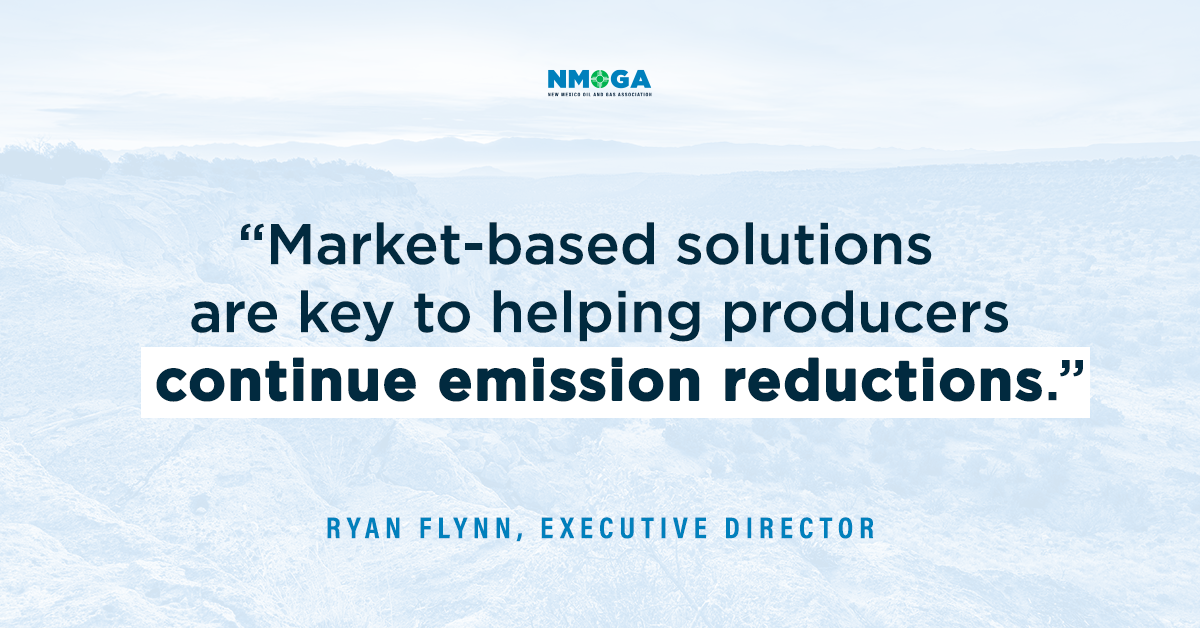 New Mexico joined a legal filing calling on the U.S. Environmental Protection Agency (EPA) to adopt stricter regulations on methane pollution from oil and gas, accusing the industry of being the biggest source of methane pollution which accounts for a quarter of climate change impacts.

The City of Chicago and Washington, D.C. signed on along with the Environmental Defense Fund (EDF).

The filing called on the U.S. District Court of the District of Columbia to find that the EPA “unreasonably delayed” establishing methane standards and timeline for such an action.

It also called on the court to demand the EPA speed up efforts to tighten methane regulations on oil and gas operators.

The need for climate pollution regulation

About 9.3 million people in the U.S. live within half a mile of existing oil and gas wells, making them more susceptible to the impacts of pollution, read the filing.

“For almost four years now, Trump’s EPA has been shirking its duty to protect people from one of our most dangerous types of climate pollution, without offering any legitimate reason why,” she said.

“The science supporting the need for urgent action has become even more compelling in that time, cost-effective solutions are at hand, and everyone from states to major oil and gas producers recognize the importance of EPA standards for existing oil and gas sources. EPA must act now to protect the public from methane pollution.”

In 2016, the EPA began the process to establish stricter emissions standards, the filing read, seeking an information collection request to establish the sources of the methane and the amount emitted.

In 2017, the Trump administration halted the EPA’s activity on the process, and later determined it had to power to regulate methane.

“It is in the national interest to promote clean and safe development of our Nation’s vast energy resources, while at the same time avoiding regulatory burdens that unnecessarily encumber energy production, constrain economic growth, and prevent job creation,” read the order.

“Moreover, the prudent development of these natural resources is essential to ensuring the Nation’s geopolitical security.”

Environmentalists questioned the change in policy, accusing the federal government of ignoring its obligations under the Clean Air Act.

“EPA’s decision to halt its active process to regulate existing sources just weeks into the new Administration was unreasoned and unreasonable, made without regard for the agency’s statutory duty to protect public health and welfare or the expertise of its staff,” read the recent filing.

But industry leaders argued market-driven solutions to oil and gas pollution were ideal as opposed to adding government regulations.

“Oil and natural gas producers are leading the way in developing and implementing innovative technologies to reduce the footprint of operations and increase gas capture, read a statement from Ryan Flynn, executive director of the New Mexico Oil and Gas Association. “Market-based solutions like these are key to helping producers continue emission reductions.”

The future of sustainability. Recently, the New Mexico Oil Conservation Division – the main oil and gas compliance agency at the state level – partnered with oil and gas producer EOG resources to develop a pilot project to capture excess natural gas instead of releasing it.

And on Monday, Kairos Aerospace and DCP Midstream announced a partnership that would track methane emissions across DCP’s assets in New Mexico and Texas using aircraft.

“DCP is committed to constantly improving our environmental metrics and reducing our methane emissions is a critical component of our sustainability strategy,” said Wouter van Kempen, chief executive officer of DCP Midstream.

“By partnering with Kairos Aerospace, we will leverage their sophisticated airborne methane spectroscopy to conduct the largest industry-led methane survey. This new partnership allows us to further our industry leadership in sustainability and operational excellence.”