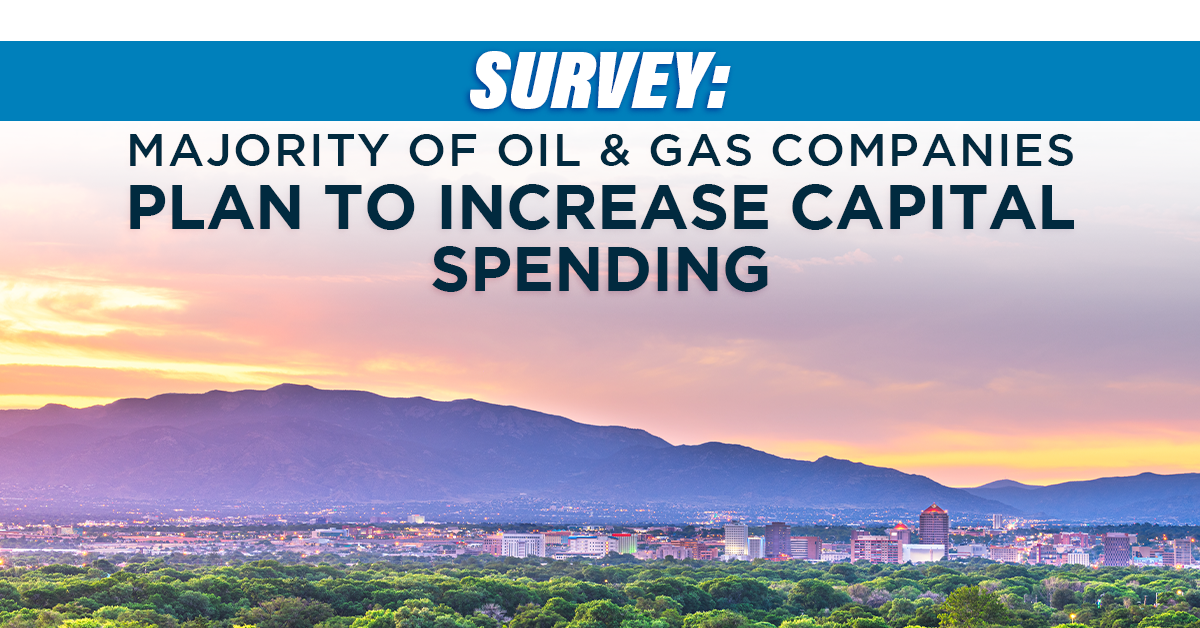 Activity in the oil and gas sector jumped in the fourth quarter of 2020, according to oil and gas executives responding to the Dallas Fed Energy Survey.

“The latest survey results show some signs of improvement in the oil and gas sector,” said Michael Plante, Dallas Fed senior research economist. “Business activity levels rose for the first time in a year, and firms became more optimistic about the outlook. Employment-related indicators fell again this quarter but at a more moderated pace than in previous quarters.”

Additional key takeaways from this survey:

In a series of special questions, firms were asked about capital spending in 2021, the oil price they are using for budgeting, expectations for consolidation among E&P firms, plans for reducing greenhouse emissions, expectations for the upcoming reserve-based lending redetermination, and shifts in the revenue mix for oil and gas support services firms.

“Among larger firms, 50 percent reported having plans to reduce CO2 and methane emissions, while over 60 percent plan to reduce flaring. Some smaller firms have these plans as well, but we find they are not as widespread,” Plante said.

The survey samples oil and gas companies headquartered in the Eleventh Federal Reserve District—Texas, southern New Mexico and northern Louisiana. Many have national and global operations.

Data was collected from Dec. 9–17, and 146 energy firms responded. Of the respondents, 97 were E&P firms and 49 were oilfield services firms.