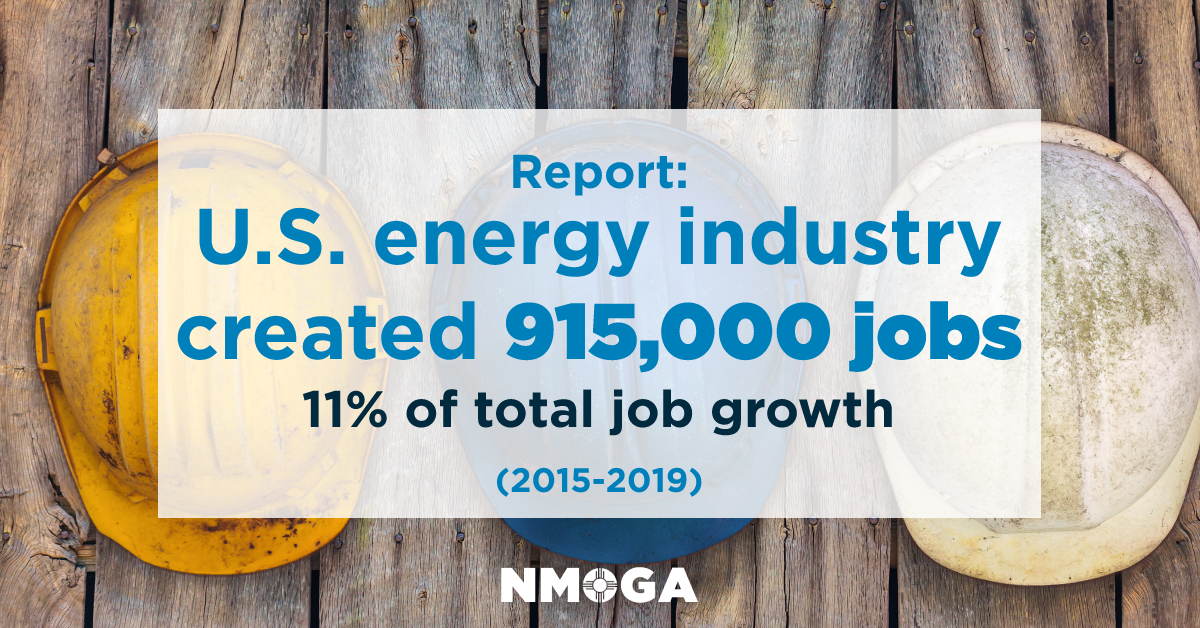 One of New Mexico’s biggest-employing industries in oil and gas could also be one of the most lucrative sectors to work in, per a recent national study.

The report from the Energy Futures Initiative (EFI) and the National Association of State Energy Officials (NASEO) showed the median hourly wage for energy workers across the U.S was about $25.60, about a third higher than the national average of $19.14.

In New Mexico, the COVID-19 pandemic threatened up to 134,000 jobs in the oil and gas industry, per a report from the New Mexico Oil and Gas Industry (NMOGA), which represented $7.6 billion in wages.

But while energy jobs were lost during the recent COVID-19 health crisis, the study read, such sectors fared better than other parts of the economy like tourism, hospitality and recreation.

The study released on April 6 and titled Wages, Benefits and Change also pointed to an up to 106 percent growth in natural gas, renewable energy and oil production from 2000 to 2019 while showing 37 percent decrease in coal production during the same time frame.

During the pandemic, energy employment in the U.S. dropped by 12 percent, the report read, compared with a 20 percent dip nationwide.

But between June and December 2020, the energy industry added 323,880 jobs from lost of about 1.08 million jobs between March and May of last year when COVID-19 first began in surge in the U.S.

“Wages, Benefits, and Change sheds new light on the role of energy jobs in the U.S. economy,” said Ernest Moniz, former U.S. Secretary of Energy and founder of EFI. “Overall, the energy jobs sector grows faster, pays higher wages and benefits, and has been more resilient in the face of the COVID-19 pandemic.”

The latest data from the New Mexico Department of Workforce Solutions published on April 2 showed such national trends were consistent in the Land of Enchantment.

Records show that as of February, fossil fuel extraction and construction lost 10,900 jobs in the past year compared with 25,600 in leisure and hospitality.

As of February, the data showed Eddy and Lea counties – New Mexico’s major oil and gas producing counties – had unemployment rates of 7.6 and 11.8 percent, respectively, well below the state’s highest unemployed county Luna County with a rate of 17.7 percent.

New Mexico’s statewide unemployment rate was 8.3 percent, records show, compared with the national rate of 6 percent, per data from the U.S. Bureau of Labor Statistics.

Eddy County had the second-highest average weekly wage in the state, records show, at $1,195 and Lea County averaged $961, compared with the state average of $907.

Moniz said the EFI report also showed that renewable energy jobs can be lucrative compared with fossil fuels, which could be a useful distinction as the U.S. shifts to low-carbon forms of energy like wind and solar power.

“As the U.S. continues its transition to a low carbon economy, this report together with the rest of the growing portfolio of the U.S. Energy and Employment Reports can inform policies to ensure a just transition for all workers,” Moniz said.

Sarah Lehman, project manager at BW Research Partnership and a lead author of the report, said the data highlighted how the energy sector supported the U.S. economy and employment and how it could continue to provide benefits to American workers in the coming years.

“This latest report highlights how energy jobs also pay above-average wages and are more likely to include healthcare and retirement benefits for workers across the United States,” she said. “We are excited to see these new data put to good use by policy and decision-makers across the country.”

The national report follows a study from NMOGA that showed oil and gas accounted for about 14 percent of income generated in the state while adding $16.6 billion to the state’s economy.

NMOGA former-Executive Director Ryan Flynn said the biggest threat aside from COVID-19-lead downturns in the industry were government policies such as an indefinite halt on new federal oil and gas leases imposed by President Joe Biden upon taking office.

“The oil and natural gas industry supports jobs and local economies in every corner of our state, and this report underscores the employment ripple effect inherent in this industry when it is allowed to be successful,” he said.

“New Mexico’s economic outlook and future generations depend on continuing policies that prioritize the development of our abundant energy resources, just as we have safely done for the past several years.”