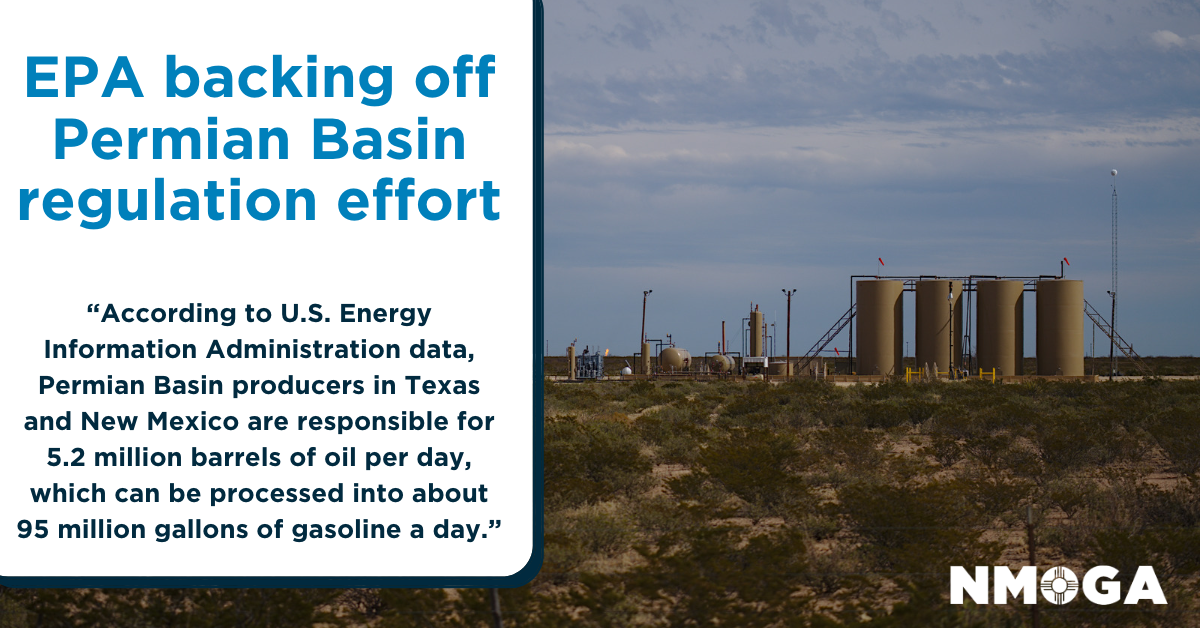 TEXAS — Texas officials are celebrating a win in what they called an “attack on Permian Basin.” The Environmental Protection Agency (EPA) has decided against its plans for a non-attainment designation of portions of the Permian Basin.

What You Need To Know

“The Permian Basin is the crown jewel of Texas’ mighty oil and gas industry, and the State of Texas will do whatever it takes to protect its production and the hundreds of thousands of good-paying energy jobs in our state,” said Texas Gov. Greg Abbott. “While it is encouraging news that the Biden Administration has backed down on this disastrous plan, Texas remains ready to fight any job-killing attacks on our critical oil and gas industry. Texas is—and always will be—a pro-energy state, and we will keep a watchful eye for any potential changes or attacks by President Biden that could jeopardize affordable energy prices and the livelihoods of hardworking Texans.”

As the oldest and largest oil-and-gas producing area in the U.S., Permian Basin covers 55 counties in West Texas and southeastern New Mexico. Abbott believes that if the EPA executed the redesignation proposal, 40% of all oil produced in the U.S. would have been disrupted.

Had the EPA followed through, Abbott claimed last July in a letter to President Joe Biden, the redesignation would have led to higher gas prices for Americans and a loss of jobs for many Texans. “The Texas oil and gas industry directly employs more than 422,000 Texans and supports 1.37 million Texas jobs,” an excerpt from the governor’s news release reads.

It was in June 2021 when the EPA reported Permian Basin’s misalignment with the 2015 Ozone National Ambient Air Quality Standards (NAAQS), according to data gained from air quality monitors in New Mexico. With that, the EPA announced possibly redesignating the Texas portion of the oil basin. But for reasons unknown, a stint was put in the plan to do so.

State Rep. Brooks Landgraf, R-Odessa, was excited to share the news of the proposal's removal from the EPA's agenda.

“The decision by the Environmental Protection Agency (EPA) to place the designation of the Permian Basin as a non-attainment area for the ozone standard in an inactive status is the correct one. The wide-open spaces of West Texas and Eastern New Mexico are home to the oil and natural gas that fuel our economy and enhance modern life. Carbon dioxide, methane, and other related emissions have been declining substantially over the last few years and operators are focused on continued good environmental stewardship. In fact, oil produced in the Permian Basin is among the cleanest in the world according to its lower carbon intensity. Excessive government regulation is unnecessary and stifles affordable and reliable energy supplies. The oil and natural gas industry remains committed to making smart choices to improve air quality in this region and deliver the resources that are indispensable to our state, nation, and world.”

Contrary to Staples' statement, in Nov. 2022, Permian Basin was identified as the world’s top polluter, per a United Nations-sponsored survey. According to the pollution tracking consortium Climate TRACE, the Permian Basin in West Texas is No. 1. The Environmental Defense Fund has done extensive testing and monitoring of methane pollution in the Permian Basin and has consistently found alarming levels of methane being flared or simply released into the environment.

“According to U.S. Energy Information Administration data, Permian Basin producers in Texas and New Mexico are responsible for 5.2 million barrels of oil per day, which can be processed into about 95 million gallons of gasoline a day,” reads a line from Abbott’s release.

Abbott was prepared for whatever outcome came out of the proposed redesignation, as he swore to Texans that he’d protect the state’s oil production. He sent another letter in August that ripped apart the reasoning behind getting rid of fossil fuels.

A week after Biden was sworn into office in January 2021, Abbot filed an executive order to protect Texas’ energy industry from federal overreach. The order employed every state agency to do what’s lawfully necessary, if met with federal setbacks that could risk the integrity and independence of the energy industry.