Distributions from permanent funds approach $1.1B 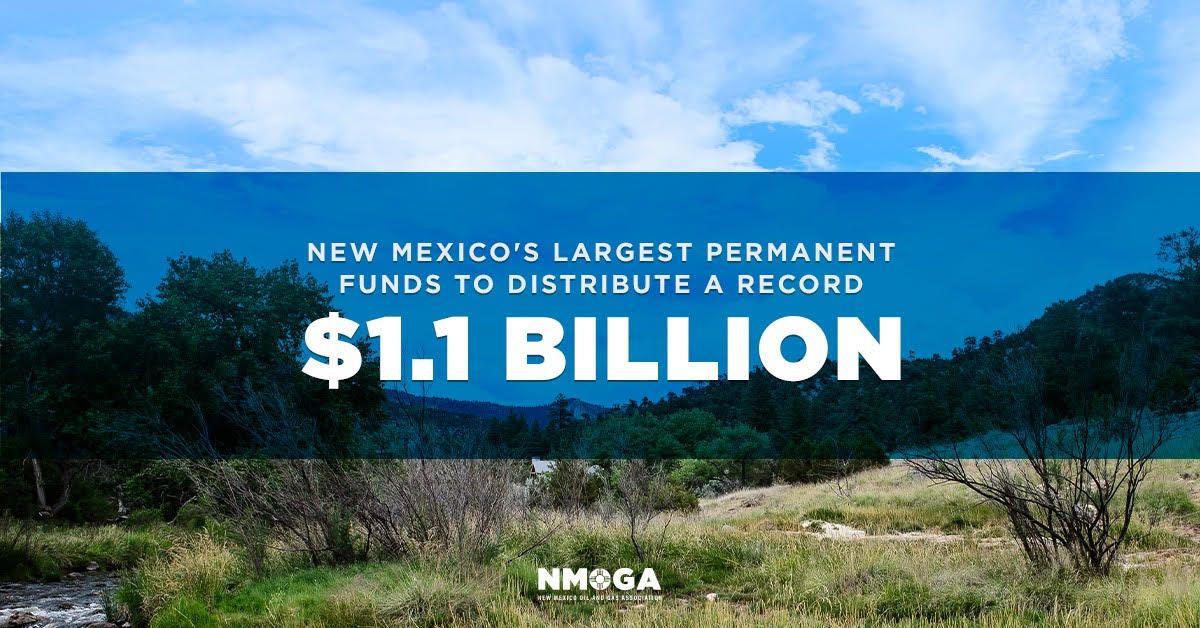 New Mexico’s two largest permanent funds will pump an all-time high of nearly $1.1 billion into state schools, hospitals and other programs in the coming budget year.

The record distributions from the Land Grant Permanent Fund and Severance Tax Permanent Fund stem from investment gains and gushing inflows – via taxes and royalties – from oil production in southeast New Mexico.

“These funds are not only an engine to fund schools and government today, but also represent our state’s nest egg for the inevitable day when oil and gas revenues are less plentiful,” State Investment Officer Steve Moise said in a statement.

The combined distribution amount from the two permanent funds for the budget year that starts in July will be roughly $60 million higher than in the current fiscal year, when it broke the $1 billion mark for the first time in state history.

In addition, the distributions represent $535 in tax savings for every New Mexico resident, according to the State Investment Council.

That figure is calculated by looking at current state spending and determining how much would have to be made up through tax collections if there were no permanent fund distributions, SIC spokesman Charles Wollmann said.

The record distributions come as lawmakers are prepared to consider a renewed attempt to divert more money from the $19.7 billion Land Grant Permanent Fund, the larger of the two funds, for home visiting and other early childhood programs.

Past attempts to increase the fund’s annual distribution rate from 5% to 6% – based on a rolling, five-year average of the fund’s total value – for such programs have been stymied in the Senate, where critics say it would diminish the permanent fund for future generations.

But backers describe the proposal, House Joint Resolution 1, as a worthwhile investment that could eventually lower high poverty rates in New Mexico.

“The more people learn about the fund, the more obvious it becomes,” Rep. Antonio “Moe” Maestas, D-Albuquerque, one of the measure’s sponsors, said in a recent interview.

However, Gov. Michelle Lujan Grisham has proposed an alternative approach for funding early childhood programs, although at a somewhat lower level. It calls for $320 million of the state’s budget surplus to be funneled into a new early childhood endowment fund.

That fund would also be administered by the SIC and would generate tens of millions annually, backers say.