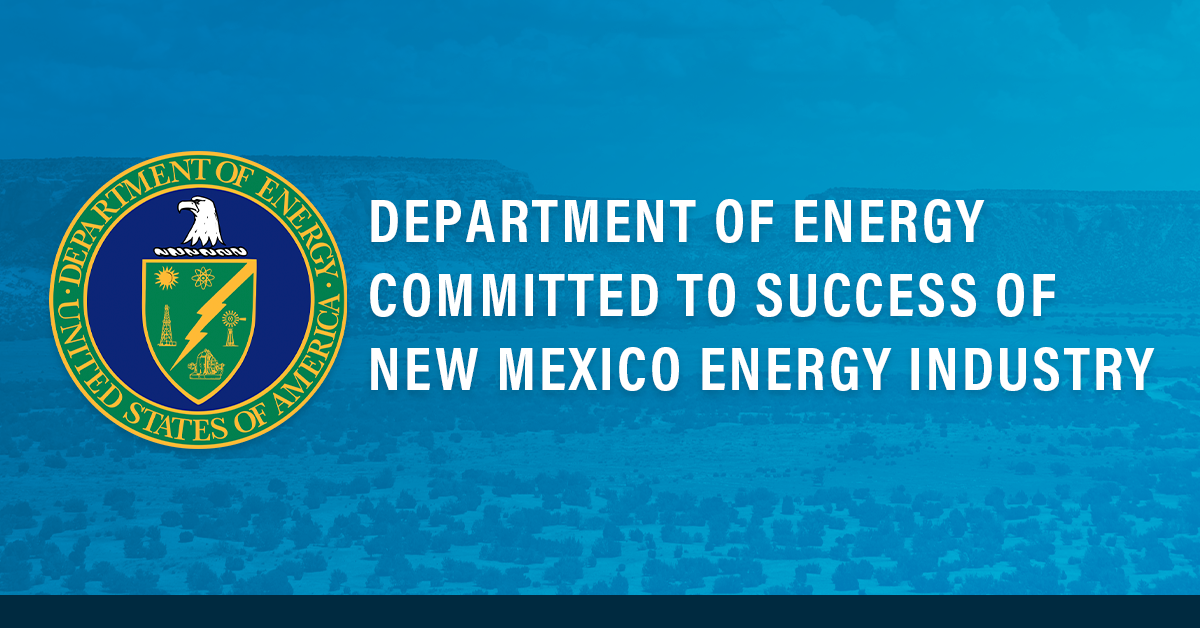 New Mexico is the prime example of an American energy success story. Advances in technology like enhanced oil recovery and hydraulic fracturing, in part developed by the Department of Energy (DOE) laboratories, allowed the Land of Enchantment to become a land of opportunity because of increased oil and natural gas production.

New Mexico’s residents reaped the benefits of this newfound economic engine in the form of tens of thousands of direct and indirect energy jobs, increased family incomes, and additional tax revenues to support public services like education and infrastructure projects.

But despite the myriad benefits of oil and natural gas production in the Permian Basin, the industry faces challenges. First, the current pandemic caused the loss of demand and global market instability that has harmed our nation’s energy producers.

Next, misguided policies and environmentalists are attacking traditional energy sources in a self-satisfied attempt to preach unrealistic 100% renewable energy goals. Admirable as these goals may seem, it is currently not a realistic nor science-based goal without substantial improvements in energy storage technology.

Reversing the strong economic gains made in New Mexico by banning hydraulic fracturing or energy production on public lands would result in the loss of more than 140,000 jobs and $86 billion in the gross domestic product by 2025, according to the U.S. Chamber of Commerce.

The Trump administration and DOE are committed to the continued success of New Mexico’s energy industry because we know the critical role it plays for the state.

The administration’s policies have unleashed American energy dominance, making our country the top global producer of both oil and natural gas. We continue to support safe energy production on private and federal lands, which is critical to New Mexico’s energy industry. The pursuit of a true American energy policy also benefits consumers in the form of increased choice, lower costs, and energy reliability.

The main way the DOE supports energy-producing states is through advancing innovative technologies that make exploration and production more efficient, power production cleaner, and energy transport safer. In fact, we spend billions of dollars per year supporting research and development to keep America the global leader in energy innovation.

We are also working to improve capabilities in carbon capture, utilization, and storage – CCUS. Making our most reliable energy sources like coal, oil, and the natural gas cleaner will play a key role in the future of our energy economy both here at home and around the world. In addition, carbon capture will make the industries that produce oil, natural gas, and coal more competitive and attractive for investment because it will help ensure they remain a pillar of domestic power production. The department just announced approximately $72 million in federal funding to support further development of these technologies.

Finally, DOE is investing in research projects to improve natural gas infrastructure so that New Mexico’s energy resources can be safely and efficiently delivered to homes and businesses.

As we emerge from the shadows of the pandemic, there is only one direction to take our oil and natural gas industry: forward. Through smart economic policies that support energy production and world-leading energy technology, the Trump administration and DOE are committed to ensuring New Mexico’s energy and economic future is bright.