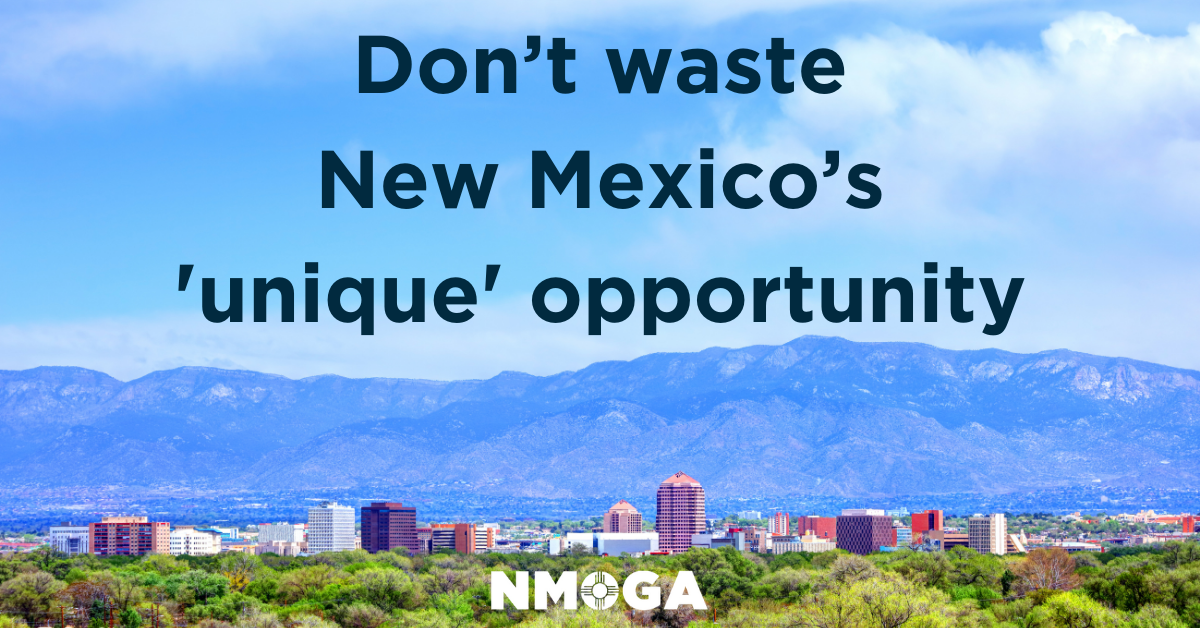 New Mexico is in a unique of economic situation. Despite having the highest unemployment rate in the nation for all of 2022, our incredibly strong oil and gas industry, buoyed by high prices and rapid production growth, have given politicians in Santa Fe “more money than they know what to do with.” So, in the recent 30-day session we saw spending grow by more than $1 billion and some significant tax cuts. Then, in a special session, rebates to be paid out to taxpayers and non-taxpayers alike.

The impetus to return money generated by the oil and gas industry to New Mexicans is welcome, but there are serious questions about the legality and logistics of handing out checks to those who don’t pay taxes to the state. Furthermore, asking the Tax and Revenue Department to hand out cash “only” to those who deserve it is an unenviable and impossible task that also seems to violate the state’s anti-donation clause.

But, after three years of Lujan Grisham and the Democrats raising taxes, it is hard to complain about getting some money back.

Of course, this is an election year and by all accounts Democrats, including Gov. Lujan Grisham, face a challenging political environment. Rising inflation is never popular. And, as COVID concerns wane and voters consider Lujan Grisham’s record in fighting it as balanced against economic concerns and their children’s educations and mental health, the governor's record appears wanting.

A recent report from the National Bureau of Economic Research found that only New York and New Jersey performed worse than New Mexico did during the COVID-19 pandemic. Considering that New Mexico’s economy remains weaker than our neighbors, that our kids missed more school, and faced big declines in reading and math, and that none of this caused New Mexico to have particularly good COVID outcomes in terms of lost lives, only lends credence to the report.

In the absence of a strong track record on these core issues, the governor clearly plans to use handing money generated by oil and gas for her political benefit. That may aid her reelection chances, but nothing she and the Legislature have done to date will improve New Mexico’s overall economy which remains challenged.

The fundamental economic problem New Mexico faces is its unattractive business climate. Addressing the gross receipts tax (GRT) and its “pyramiding” and taxation of services as business inputs has been discussed for years, but it is time to also seriously consider bolder economic reforms like reducing or even phasing out New Mexico’s personal income tax.

Indeed, the personal income tax is expected to generate just over $2 billion in FY 2023. That’s a lot of money, but New Mexico is in a financial position to reduce income tax rates over time. Combined with business-friendly GRT reform, modest budgetary restraint (annual spending simply can’t grow by 15%), and a focus on truly diversifying New Mexico’s economy could allow New Mexico to become income-tax-free.

There are already nine states lacking an income tax. Most New Mexicans know that Texas with its prodigious oil supplies does not tax personal incomes, but most other states lacking income taxes have nothing like our oil and gas revenues. Florida has no income tax. Same with Tennessee and South Dakota. New Hampshire has both no income tax and lacks a sales tax. None of them have significant oil revenues.

New Mexico has suffered economic and social mismanagement over the last few years. Record oil and gas revenues are helpful, but as New Mexicans contemplate the coming elections it should be more apparent than ever that more spending has not and cannot solve the state’s social ills. It is time for genuinely bold solutions.