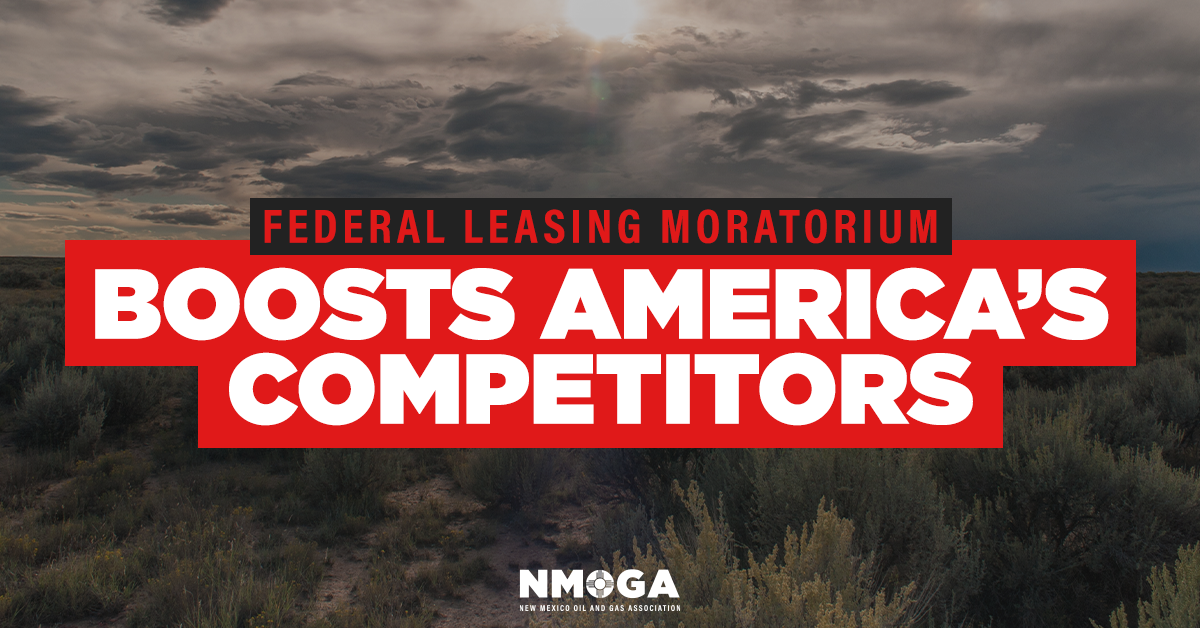 Of all the states that will be most impacted by President Biden’s decision to halt new oil and gas drilling on federal lands and waters, New Mexico may the one with the most to lose.

That’s because at least half of the state’s oil and gas production occurs on federal lands and the revenue generated from oil and gas funds almost 40% of the state’s budget. An updated analysis of the potential fallout from a moratorium on new oil and gas drilling shows New Mexico stands to lose tens of thousands of jobs and more than $1 billion in state revenue.

Biden’s Interior Department announced on Jan. 21 that the administration would initiate a 60-day suspension of new oil and gas drilling permits as part of his larger climate change agenda. If the president’s freeze on new leases becomes permanent, the anticipated decline in New Mexico’s energy output will have reverberations across state lines. That much is made clear in the analysis from the New Mexico Oil and Gas Association in partnership with the American Petroleum Institute.

As recently as 2018, the natural gas and oil industry supplied more than 117,000 jobs and poured more than $17 billion into New Mexico’s economy, according to the figures cited by the trade associations. But in their analysis, they also find that New Mexico’s oil production would drop by 47% while natural gas production drops by 46% if a federal ban on drilling is implemented. The analysis also anticipates that New Mexico would lose 62,000 jobs by 2022 and put $1.1 billion in New Mexico’s revenue at risk blowing a hole in its state budget.

The key to New Mexico’s future lies in the Permian Basin, which is rich in oil and gas deposits. But the portion of the basin that cuts across New Mexico sits on federal land. This is where the process of hydraulic fracturing, widely known as fracking, used in combination with horizontal drilling come into play. The fracking process involves the injection of water mixed with sand and chemicals into a well at high pressure, which in turn produces a fluid that fractures rock formations releasing oil or natural gas. Energy companies need new leases and new investments to the keep the process going. But Biden’s 60-day moratorium, which applies to oil, natural gas and coal development, puts his Interior Department in position to ban fracking.

“Many questioned then candidate Biden’s extremity and couched him as reasonable, even allowing him to walk back his statements about bans on fracking or generalizing them as restrictions and not bans,” Tom Pyle, president of the American Energy Alliance, observed in a press release. “Despite him literally saying he’d do it, many doubted how aggressive President Biden would be on stopping America’s energy production. Here’s your proof. Sixty days will only be the beginning.”

Since the feds own 2.46 billion acres of subsurface mineral resources between the onshore and offshore public lands, a figure which exceeds the entire landmass of the U.S., it’s difficult to overstate the implications of what Biden’s anti-energy polices would mean. But for starters, it would erode America’s ability to be energy independent.

U.S. offshore gas production would drop by 68% while offshore oil production would drop by 44%, according to the projections made in the report from the American Petroleum Institute. The trade group also sees U.S. oil imports from foreign sources increasing by 2 million barrels by 2030 and annual U.S. natural gas exports could decrease by 800 billion cubic feet by 2030.

This puts Mother Russia in position to fill the lacuna opened by Biden’s moratorium on U.S. domestic energy production. Russian oil companies could seize the market share now held by their American counterparts. It’s not difficult to see how a federal leasing ban would jeopardize America’s energy industry and its national security.

“Biden’s American oil embargo only helps China and people who hate us,” he said. “New Mexico jobs are being wiped out so Chinese workers can burn coal to manufacture and export solar panels to the U.S. It makes no sense.”

Even by Biden’s own environmental metrics, his assault on oil and gas makes no sense. The power sector in the U.S. will likely react to higher natural gas prices by switching back to coal, which will result in higher Co2 emissions. Biden’s leasing ban is a lose-lose as it cuts a path toward less energy independence and less pristine environmental conditions.