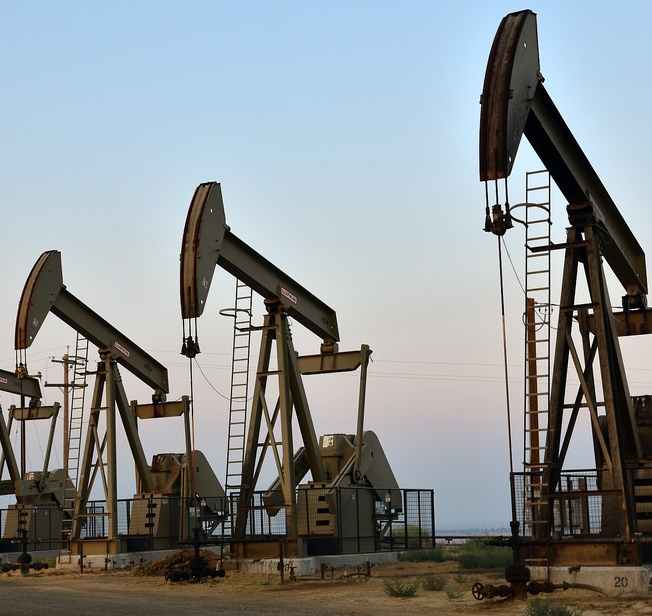 An oil and gas bonanza in Southwestern states may be helping to drive the continuing national economic boom.

The nation’s 4.2 percent growth in GDP, estimated last month by the Bureau of Economic Analysis, is the highest quarterly growth since 2014. State estimates aren’t due until mid-November, but many experts see oil and natural gas drilling, driven by higher prices, as a leading reason.

“The states that contribute most might be the ones with strong increases in energy production,” including Texas, New Mexico and Colorado, said Mark Perry, an economist at the University of Michigan and an economic analyst for the conservative-leaning American Enterprise Institute. GDP measures gross domestic product, or the value of all goods and services produced in a given period of time.

Oil and gas industries benefited from rising prices over the past two years, prompting more production and jobs. Production increased by nearly half in New Mexico over the past year, 29 percent in Texas and Colorado, and 19 percent in North Dakota and Oklahoma, according to federal figures as of June. Natural gas production surged in Louisiana as well.

Tech companies, the leading driver in California’s recent economic growth, also show no sign of slowing down, said Lynn Reaser, chairwoman of the state treasurer’s Council of Economic Advisers. Tech also boomed in New York, Colorado and Pennsylvania earlier this year, and nationally it continues to surge to levels not seen since 2001.

Energy and tech have been major factors in state and local economies since the early 2000s, according to a study last year from the left-leaning Brookings Institution. Almost all the fast-growing economies have one or both factors in their favor.

New Mexico expects almost $1.2 billion in extra tax revenue because of oil and gas next year, after struggling to make ends meet in the current budget, and is planning to set up a rainy day fund to help ease future downturns, said Jeffrey Mitchell, director of the University of New Mexico’s Bureau of Business and Economic Research. While oil and gas drilling has been concentrated near the Texas border, jobs in the state’s largest city, Albuquerque, also have seen an upturn, he said.

“The situation was bleak,” Gov. Susana Martinez, a Republican, recalled in her state of the state speech this year. “We find ourselves in a much different position today.”

Texas’ state budget is also expecting a surplus: an increase in oil and gas taxes of about $2 billion to be split between a rainy day fund and a highway fund, said Chris Bryan, spokesman for the state Comptroller of Public Accounts.

The Texas economy has become more diversified with tech and health care, and is more likely to survive cyclical slowdowns, Bryan said.

“California is weathering tensions on global growth and trade,” she said.

Texas and New Mexico had the largest recent increases in oil production because of rich supplies in the Permian Basin, an underground formation spanning the two states. But state and local policy also has played a role, said Kathleen Sgamma, president of the Western Energy Alliance, a Denver-based oil and gas trade group.

“The states that have seen significant gains have reasonable policies that enable development to move forward,” Sgamma said. “Contrast that with California, which has put up multiple obstacles and as a result has slipped in the rankings.”

California ranked third last year in oil production, but was surpassed this year by New Mexico and Oklahoma and now ranks fifth at about 462,000 barrels a day as of June, according to federal figures.

Lawmakers in California voted in May to ban new offshore drilling in state-controlled waters. Environmental groups have called on California’s Democratic Gov. Jerry Brown to freeze and then phase out oil and gas production in the state, though Brown has resisted the idea.

While the economic news was mostly good at midyear, in some ways the second quarter is an aberration, said Paul Flora, an analyst for the Federal Reserve Bank of Philadelphia who studies state economies, adding that growth in GDP is likely to slow.

Wyoming and Alaska had some of the biggest economic turnarounds this year, with oil and gas profits driving big increases in economic output after losses between 2016 and 2017.

“After the downturn in 2015 and 2016, the oil and gas industry got a lot more efficient in their operation with more automation,” Liu said. “The growth in oil and gas employment is a lot slower.”

Nationally, jobs in the mining sector, which includes oil and gas, grew by 17,000 since April, dwarfed by business services, which added 186,000 jobs, and construction, which added 79,000 jobs.