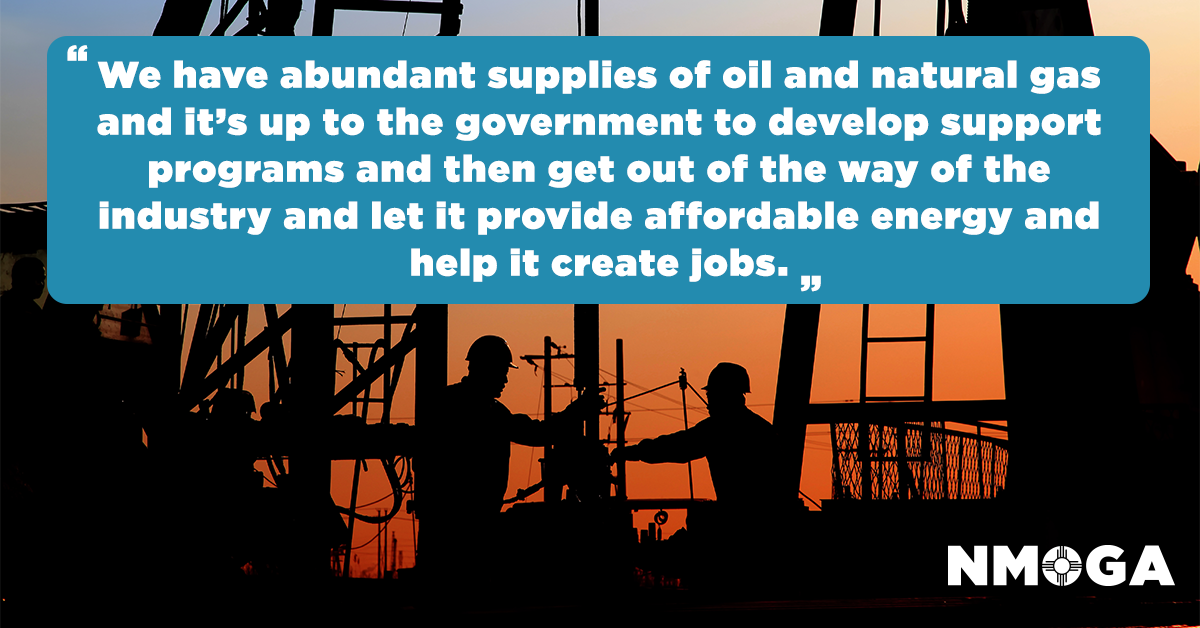 From possible regulations on air emissions to endangered species to water to possible new taxes on methane or excess profits, the nation’s energy industry is facing numerous challenges from the nation’s capital.

There are many issues out there, Dan Naatz, Independent Petroleum Association of America executive vice president and chief operating officer said.

“But first, I think is how President Biden addresses energy security in Europe,” he told the Reporter-Telegram in a telephone interview.

Amid Russia’s invasion of Ukraine and subsequent curtailing of natural gas supplies to Europe, Naatz noted Europe has gone from a strong security position to a difficult position. As winter approaches, he said it’s important to see how the president addresses Europe’s needs.

“We believe the US has great resources and should provide oil and gas to benefit everyone,” he said. “We have made that commitment and the administration has done all it could to not live up to it.”

“The API opposed it largely due to the increase in corporate taxes and the direct increase in taxes on petroleum companies and the natural gas fee as well,” he said.

The API does support provisions expanding tax credits for carbon capture, utilization and storage, he said.

“Congress missed an opportunity to develop policies to deal with volatility and lagging supply,” Macchiarola said. “We have abundant supplies of oil and natural gas and it’s up to the government to develop support programs and then get out of the way of the industry and let it provide affordable energy and help it create jobs.”

He listed as another concern the possibility the administration will go down the path of limiting exports of US energy, which he said could have a negative impact on the marketplace and trade, ultimately harming the economy.

It’s important the nation have a vigorous oil and gas industry that not only helps the US economy but economies around the world and policies, legislation and regulation from Washington have a huge impact, said Naatz.

But in the 30 years he has been in Washington, he said the current administration offers the biggest challenges the IPAA’s members face, starting when the president issued an executive order halting oil and gas leasing on federal lands and pausing drilling permits on federal lands.

Agreed Macchiarola, the administration’s actions have resulted in a loss of confidence in the marketplace and tight supplies.

“We need to show the value of US production, not just that it provides stable, affordable, reliable energy but how it benefits the environment through reduced emissions and water usage. More domestic production is better for the environment, better for US consumers and better for policymakers,” he said.

Said Naatz, “We understand climate change must be addressed, but we need a better way to address it than through the Securities and Exchange Commission’s climate disclosure rules or rolling back the reductions President Trump made to the National Environmental Policy Act” or cancelling pipelines, which he said are needed to get oil and gas to markets. Instead, he said, consumers faced record high gasoline prices this summer as well as higher costs for other energy sources – something Europeans are seeing at even higher levels.

Naatz doesn’t see the president’s message that the nation – and the world – needs to move beyond oil and gas happening.

“With all the unbelievable technology in our industry, we’ve gotten better at reducing methane emissions,” he said. “The world is facing an excellent opportunity with renewables, but it needs to be done in an efficient manner. Biden is trying to artificially clamp down on oil and gas. That hurts the US, it hurts the world. It needs to be done smartly. Let our members produce efficiently.”

The industry can get the job done, he said, but he’s frustrated the IPAA has reached out to the administration and hasn’t received much response.

“Across the board, we want dialogue,” he said. “This shouldn’t be adversarial. We want to provide solutions. I’m confident in what the industry is doing addressing emissions, using less water, reducing our environmental footprint. We need dialogue with those who don’t agree with us.”