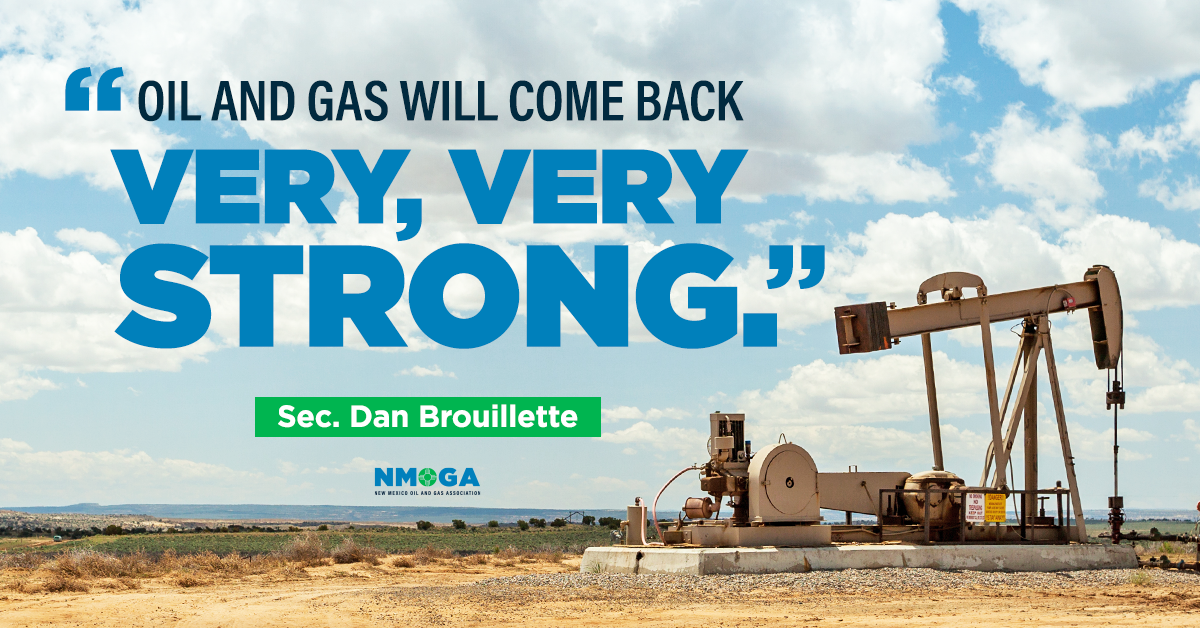 Secretary of Energy Dan Brouillette has a message for thousands of U.S. oil and gas workers laid off during the recent oil bust: “Remain strong.”

“This is an industry that will come back, and it will come back very, very strong,” Brouillette said Friday in Houston. “These are difficult times for all Americans, but this industry will return.”

Brouillette was in town Friday to meet with energy executives and hear from them how the industry was weathering the economic fallout from the coronavirus pandemic and a glut of cheap crude, which sent oil prices to historic lows.

The energy secretary, who took the helm of the federal agency in December after serving as the deputy secretary of energy for two years, met with several CEOs of independent energy companies, including Occidental Petroleum, Talos Energy and Houston Energy. He said he came away from the conversations, which were closed to the media, feeling optimistic about the industry’s future.

Brouillette pointed to the declining unemployment rate and growing consumer and travel activity as signs of a burgeoning economic recovery. While he said he was concerned about a second wave of coronavirus cases, Brouillette said it was in “Americans’ nature” to get back to work. His department’s Energy Information Administration forecasts oil and gas demand to recover toward the end of this year and in the first half of 2021.

“Energy underpins everything we do in the U.S. economy,” Brouillette said. “It’s one of the backbones of the strength of the economy and the nation itself, so it’s very important that we see this industry survive this pandemic and hopefully come out the other side even stronger.”

Brouillette said it’s up to Congress to decide whether to include energy companies, from oil and gas to renewables, in a new round of economic stimulus packages. But he said the Energy Department is looking to help the industry in other ways, including continuing to fund research and development of new technologies to make the industry more efficient and environmentally sustainable.

The department also wants to provide “regulatory certainty” to encourage capital markets to invest in the energy sector, Brouillette said. Wall Street in recent years has soured on the oil and gas industry after lagging financial performance.

“We hope (investors) will look at this industry as one they can count on for future growth,” Brouillette said. “In order to do that, we have to provide a regulatory structure that is certain, transparent and predictable.”

The Energy Department is looking at speeding up approval of offshore drilling permits and reconsidering “regulatory structures” that have allowed environmental groups to successfully block oil and gas pipeline projects, such as the Keystone XL, Dakota Access and Atlantic Coast Pipeline, all of which faced setbacks, and in the latter case, a cancellation this week.

Brouillette said that oil and gas pipelines and export terminals are critical, not only for the economy but also for the national security as the federal government can use liquid natural gas exports as leverage in foreign policy matters. He also said LNG exports can help countries transition away from high-carbon fuels such as coal to meet environmental goals.