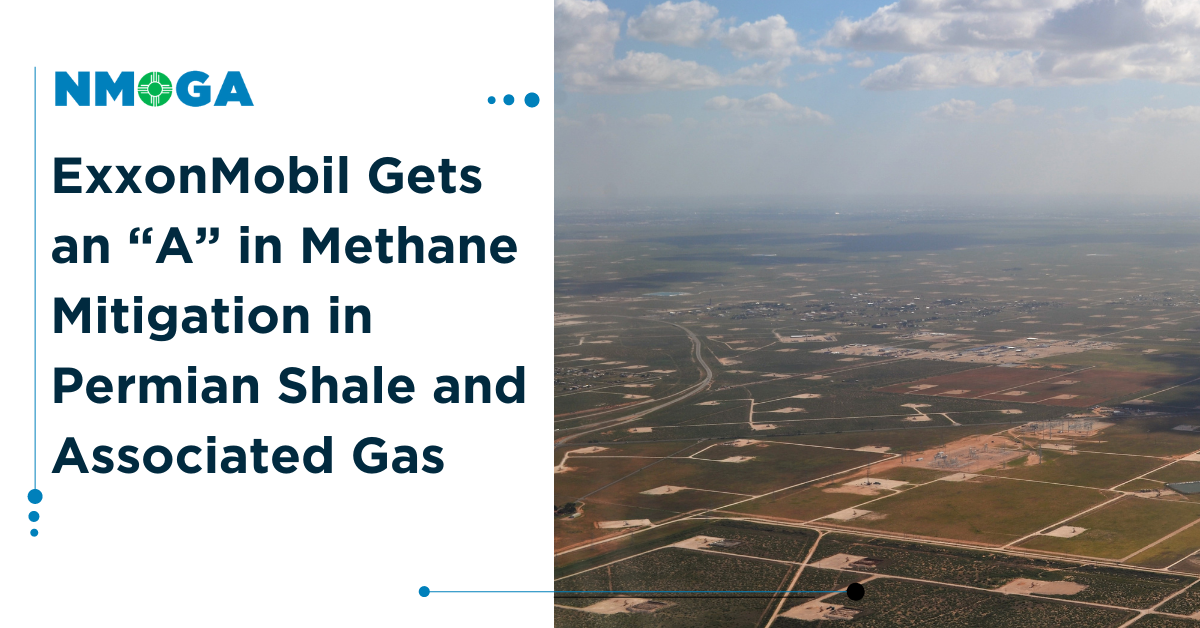 ExxonMobil has obtained an “A” grade certification under the independent MiQ standard for managing methane emissions following an assessment of its Poker Lake, New Mexico, facilities in the Permian Basin and earned bragging rights as the first oil and gas company to earn the top mark for control of methane emissions from associated gas.

The US major announced the results of the third-party audit at its Poker Lake shale operations in late April and further underlined the certification’s importance by including it as a talking point in a separate announcement highlighting the company’s Q1 performance.

ExxonMobil’s chairman and CEO Darren Woods singled out the achievement at the start of his earnings call with investment analysts as he also emphasized that ExxonMobil is “the first company to achieve this certification for natural gas production associated with oil.”

A Multilevel Approach to Methane Mitigation

Responsible Energy Solutions, a Texas-based independent auditor in the field of differentiated natural gas assessments, carried out the study using standards developed by MiQ, a not-for-profit foundation that has developed an independent framework to assess methane emissions and practices for oil and gas facilities.

Oil and gas producers are increasingly contracting with independent auditors of greenhouse gas (GHG) emissions so they can demonstrate to buyers the degree to which their gas has been produced and transported in an environmentally responsible manner for maximum control of GHG emissions to differentiate themselves from competitors.

Utility company buyers of natural gas such as Xcel Energy, which supplies power to customers in southeastern New Mexico, are increasingly seeking to purchase gas with fewer life cycle emissions than noncertified gas, and Exxon is already supplying Xcel with certified commercial volumes, the company said.

David Hudson, president of Xcel Energy in New Mexico and Texas, reinforced this point, “Xcel Energy is committed to delivering net-zero energy by 2050 across all the ways our customers use energy and that includes powering our generating fleet with natural gas purchased only from suppliers with certified low-methane emissions by 2030.”

Besides ExxonMobil, MiQ has signed deals with US shale producers Chesapeake Energy and Northeast Natural Energy.

In February, Chevron contracted with Denver-based Project Canary to perform a similar audit on selected locations in the Permian Basin in Texas and in the DJ Basin in Colorado. Chevron’s pilot project includes installation of pad-level monitoring systems developed by Project Canary to detect and quantify methane emissions.

In its announcement, ExxonMobil said auditors certified “approximately 200 Mcf/D of natural gas produced” at Poker Lake as “top grade for methane emissions management” under the MiQ standard and that the certification process will now be expanded to include the US major’s Appalachian natural gas operations in Pennsylvania and West Virginia.

Tom Schuessler, senior vice president of unconventional at ExxonMobil, said that “certification further validates the steps we have taken to reduce methane emissions, which is part of our plans to achieve net-zero Scope 1 and 2 greenhouse emissions in our Permian Basin unconventional operations by 2030.”

The company’s other plans in the Permian include electrifying operations using renewable and lower-carbon power sources, eliminating routine flaring by the end of 2022, upgrading equipment, and enhancing processes, the company said.