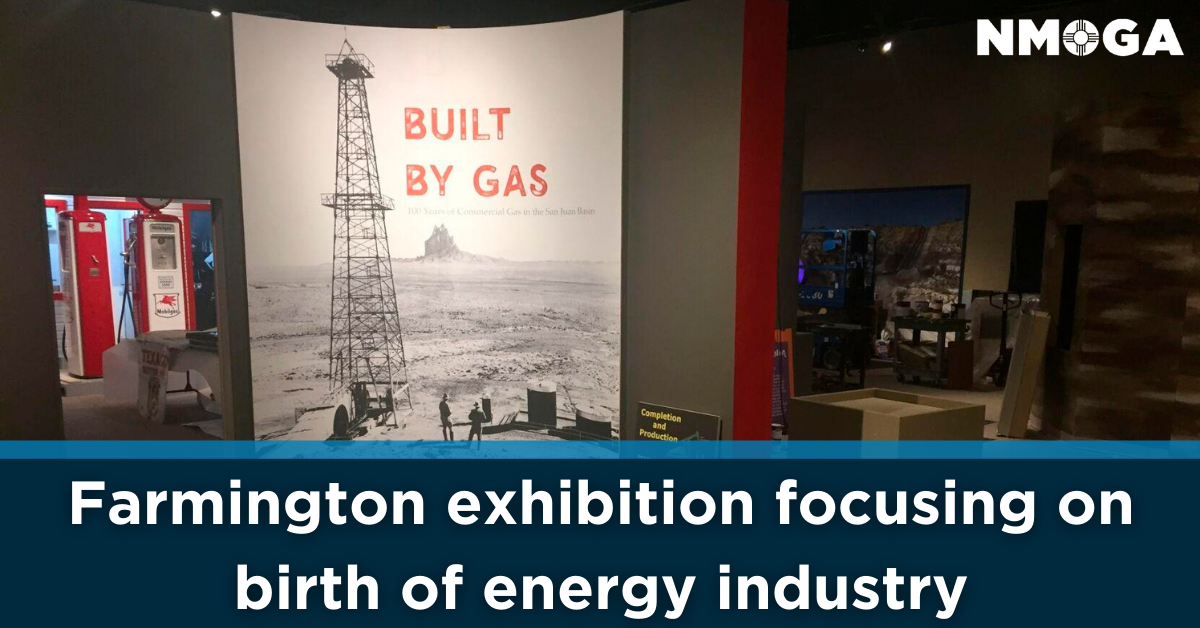 FARMINGTON — A new exhibition at the Farmington Museum at Gateway Park will mark the 100th anniversary of an event that changed the character of Farmington, transforming it from a small, agricultural community into a regional energy center.

“Built by Gas: 100 Years of Commercial Gas in the San Juan Basin” will open Nov. 12. The exhibition will cover the drilling of the first commercial natural gas well in the San Juan Basin on Oct. 21, 1921, just one mile south of Aztec adjacent to the current path of U.S. 550 and how the energy industry has shaped development in the Four Corners region since then.

The exhibition initially was set to open Oct. 23, but officials said it was being pushed back due to unforeseen circumstances.

Museum Director Bart Wilsey told the Farmington Daily Times the drilling of that gas well sparked the first of many energy booms in San Juan County, one that also included oil production. He said oil wells were drilled near Shiprock and Hogback in the 1920s that produced such high-grade oil that it could be used as fuel for cars without being refined.

“You could just burn it right in engines,” he said. “That was the first time that happened.”

The discovery of oil and gas in San Juan County a century ago gave the Four Corners its start in energy production. But Wilsey noted it wasn’t until a second boom came along after World War II that Farmington really began to experience serious economic change.

“We talk about how the second boom is what kicked it all off,” he said of the exhibition.

Wilsey explained it was the construction of a natural gas pipeline by the El Paso Gas Co. in 1951 that allowed gas from the San Juan Basin to be sold to customers in California. That prompted major growth in San Juan County, as Farmington’s population skyrocketed from 3,500 people in 1950 to almost 24,000 by 1960.

“That’s when things really took off,” he said.

Wilsey said seven new schools were built in the city over those 10 years, but that construction frenzy still didn’t provide enough classroom space to accommodate all the children whose families had moved to the area.

“They had to have classes in shifts,” he said. “Some kids went to school in the morning, some in the afternoon. It was a crazy, crazy time in Farmington’s history. That’s when all the big oil and gas companies started looking at the basin as a potential business [location], and it just kept booming.”

Wilsey declined to offer many specifics about the exhibition itself, noting museum officials hoped to keep its particulars under wraps until visitors have a chance to see it for themselves. He did say it will have a timeline built into the floor for visitors to follow, and there will be a 1940s-era re-created gas station. He also said it will feature some interactive computer elements.

Wilsey said there is no end date for the exhibition. Plans call for it to remain on display for at least two years.

He said it will lead into the development of an even longer-term exhibition that focuses on Farmington’s history and the impact of energy development on the city.

“The two really developed hand in hand,” he said.