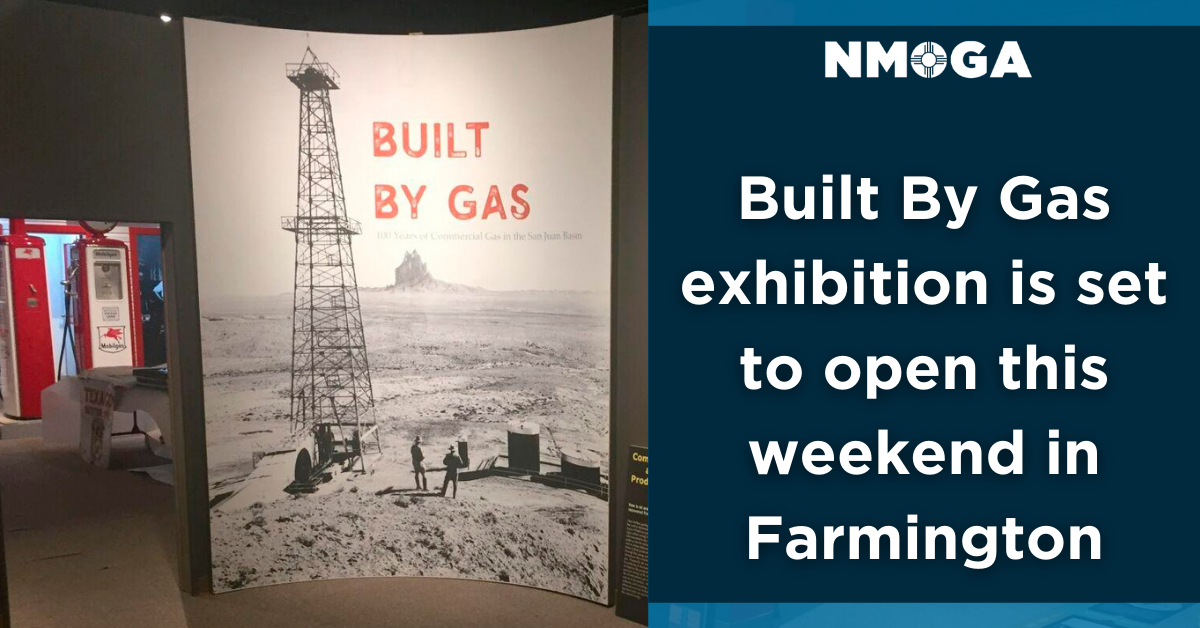 An opening reception for "Built by Gas: 100 Years of Commercial Gas in the San Juan Basin" will take place at 5 p.m. at the museum, 3041 E. Main St. in Farmington. The event is free and open to the public.

The exhibition, which has taken years to plan and assemble, originally was scheduled to open Oct. 23, just days after the 100th anniversary of the drilling of the first commercial gas well in San Juan Basin south of Aztec. City officials said unforeseen circumstances forced them to delay the opening for three weeks, pushing it back to this weekend.

The show features a variety of attractions, including interactive touch-screen monitors, a 1940s era recreated gas station, historic photographs, a model of a pipeline construction project and a timeline of the industry's impact on San Juan County laid out on the floor of the gallery.

One of the touch-screen monitors offers changing displays that reveal Farmington's growth through the decades as the energy industry played a bigger role in the local economy. A second monitor lets players take part in a game that matches different energy sources with their cost, amount of power generated and environmental impact to determine the best option for a given location.

One of the highlights of the show is a 7-foot-by-8-foot floor map that charts the location of every oil and gas well in the basin. It sits adjacent to a recreated Mobile filling station that features gas pumps, a garage and historic photos.

The exhibition features sections on the four energy booms in the county's history, but it also covers the down periods, too. One such bust occurred in the 1980s, and the show includes photographs of Farmington streets overgrown with weeds because the city lacked the tax revenue to take care of even basic services.

Museum director Bart Wilsey said the displays dealing with pipeline construction and operation are among the most informative in the show.

"It was really the pipelines that made the boom," he said, explaining how their construction enabled companies to get the oil and gas that was discovered here to market. "Once the pipeline went in, that's when things took off."

"Built by Gas" will remain on display at the museum for the foreseeable future, Wilsey has said, explaining that an expanded version of the exhibition is likely to be featured permanently. Call 505-599-1174 for details about the exhibition.