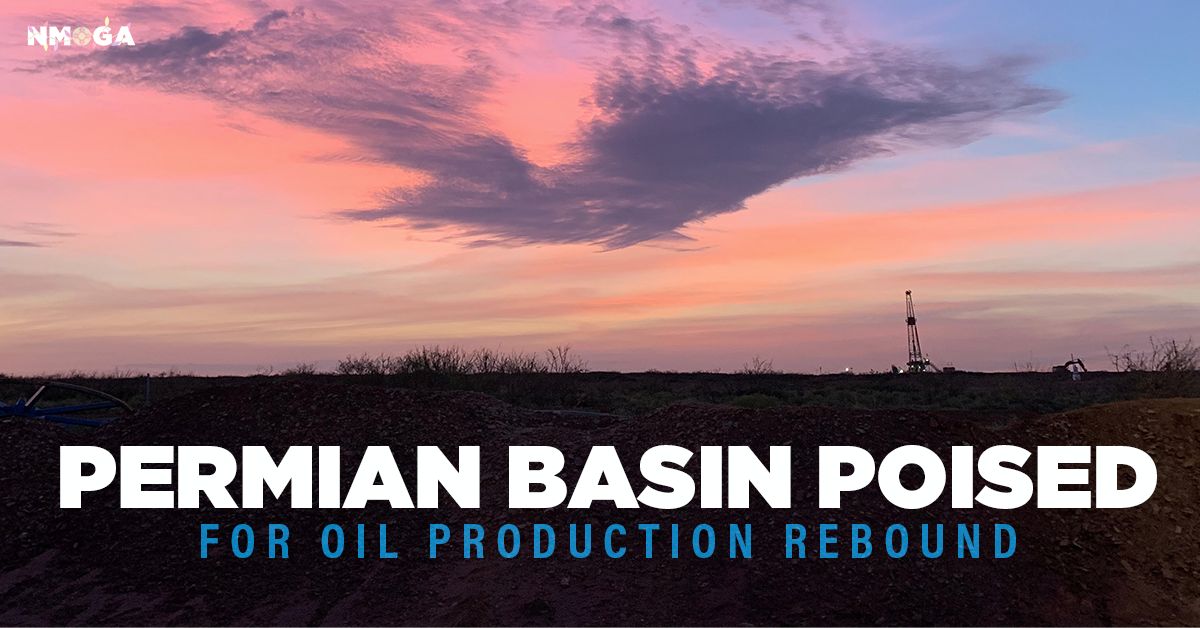 A recent conference on energy and the economy presented by the Federal Reserve banks of Dallas and Kansas City included an examination of the outlook for global oil and gas markets.

Foreman cited three statistics to back this up:

--The Energy Information Administration expects global demand to rebound by 6 million barrels/day in 2021.

--U.S. petroleum demand rebounded into the five-year range as of Nov. 12.

--The U.S. is poised to participate in a rebound as shale oil productivity has risen and estimated breakeven prices have fallen in most producing basins.

The Permian Basin has seen several pipeline projects enter service, which should enable the region’s production to grow, he said.

“What stands out is how poised the Permian Basin is to participate in a rebound,” Foreman said. “Permian breakevens are $42 to $43, where oil prices are at the cusp of. Between $40 and $50 is when the industry reaches an inflection point and really takes off.”

But how well the industry takes off will depend on the pace of investment, he said, noting that industry capital expenditures are less than half what they were at the lowest point of the last financial crisis in 2008-2009. The API saw $288 billion in the second quarter – primarily pipelines and downstream projects like refining, petrochemical plants and export facilities – down from $344 billion in the first quarter.

Even if the economic climate looks like it should motivate investors, he said operators still have to prove they can generate cash returns. Investor confidence that companies can do so has been an issue, he said.

Natural gas demand domestically has not been materially impacted by the pandemic, said Kathryn Miller, cofounder and president of BTU Analytics.

Even though natural gas prices have been quite low, Miller said operators can still drill a significant number of wells at current prices, with breakevens between $2 and $2.50 per MMBtu, though higher prices will be necessary to cover corporate costs such as interest and general and accounting costs.

“It’s easier to build in Texas than elsewhere,” Miller said.

“There is an adequate runway of low-cost future drilling locations that exists for the medium-term outlook,” she said. “Beyond five years, we’ll have to wait to see what technology is available and if capital expenditures let producers improve productivity for remaining locations.”

The fundamental outlook supports higher prices at Henry Hub and the outlook is strong for liquefied natural gas exports, she said.

Bob McNally, founder and president of Rapidan Energy, said there are three big questions looming over the outlook.

First is whether or not assumptions about peak demand are realistic or wishful thinking. He said government policies driving demand for electric vehicles through adding charging stations, extending purchase subsidies and tightening fuel requirements on internal combustion engines may not be that successful.

“What folks underestimate is the backlash against being forced to use certain energy,” he said.

The second question is if geopolitical disruption is no longer a risk. The answer is quite possibly no, McNally said.

McNally said the risk that supplies outside OPEC will fall faster than inside OPEC will lead to tighter markets and higher prices, leads to the third major question: Are swing producers necessary?

“We do need swing producer if we care about oil price stability,” he said, pointing to three swing producers over the 152-year span of the oil industry: John D. Rockefeller, the Texas Railroad Commission and OPEC. “No swing producer means Space Mountain oil price volatility.”

It’s unclear who that swing producer could be, he said. Shale producers don’t have the capacity and “the jury is still out” on OPEC and its allies.

Looking ahead, Miller said the biggest concern is people.

“Where prices are currently and the outlook for oil and gas, recruiting in the industry is difficult. We’ve seen a number of layoffs in the service sector. Things won’t turn on a dime. When we do need to call on the oil and gas industry, people will be a major concern,” she said.

Agreed Forman: “The loss of ability to respond quickly if we need to respond quickly. We’ve disbanded so many rigs and crews, we won’t be as quick to respond. We need infrastructure and markets. There will be a pause as we move some multibillion projects forward.”