For the Greater Good: Dwayne Taylor 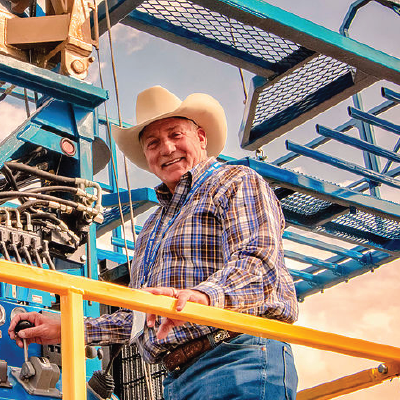 To call Dwayne Taylor’s first business a “mom and pop” operation would have been an exaggeration by two times. Taylor was it, working seven days a week, by himself, and operating a single rig.

Between that humble beginning in Hobbs, N.M., in 1986 to helping lead a group of Permian Basin citizens concerned with oil and gas to state their case before leaders at the White House in 1998 and to a family of companies today, there’s a lot of dirt, sweat, and oil.

Before starting Lucky Services, which he named after his father, Taylor had worked for Conoco for several years. When he launched out on his own, Conoco gave the new entrepreneur a Master Services Contract (MSA) and became his first customer. “They actually put me in business,” he says.