Global oil demand to surge for rest of year 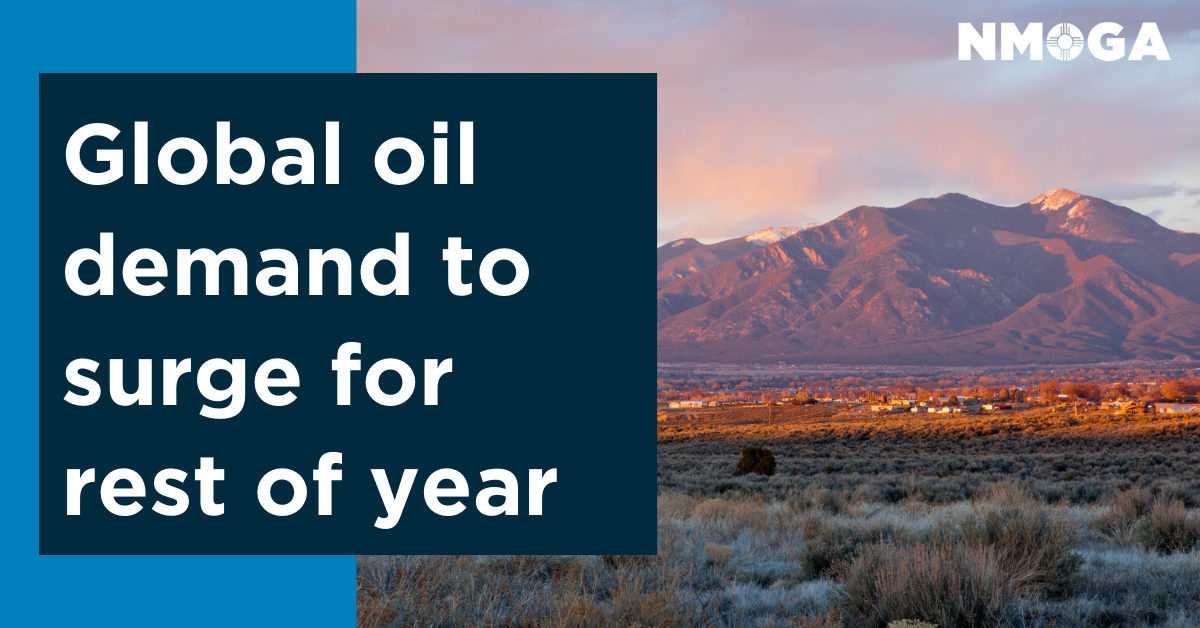 Soaring natural-gas and coal prices are pressuring power-generation companies and manufacturers to switch to using oil, a trend that could add half a million barrels a day to global demand, the International Energy Agency said Thursday.

In its monthly market report, the IEA increased its global oil-demand forecasts for this year and the next by 170,000 and 210,000 barrels a day, respectively, but added that the cumulative effect of the energy crisis could be as large as 500,000 barrels a day from September through next year’s first quarter.

That increase means that the IEA, which acts as the energy watchdog for the wealthy nations of the Organization for Economic Cooperation and Development, expects the world’s thirst for crude next year to exceed pre-pandemic levels at 99.6 million barrels a day.

Oil prices added to early gains on Thursday following the release of the IEA’s report, with Brent crude rising 1% to $84 a barrel. U.S. crude futures climbed 1.1% to $81.31 a barrel, closing at fresh seven-year highs. Both benchmarks have increased more than 60% this year, accelerating in recent months due in part to tight supply elsewhere in the energy market.

“An acute shortage of natural gas, [liquefied natural gas] and coal supplies stemming from the gathering global economic recovery has sparked a precipitous run-up in prices for energy supplies and is triggering a massive switch to oil products and direct crude use for power generation,” the Paris-based organization said in its report, adding that power-generation plants, fertilizer producers, manufacturing operations and refineries are all affected.

The shortage of relativelylow-carbon but expensive natural gas—analysts say the commodity is two to three times more expensive than the equivalent amount of oil—and the trend of switching to more emissions-intensive fuels such as crude products comes weeks before leaders from around the world descend on Glasgow for United Nations-led climate negotiations.

Analysts say the IEA’s forecast of an extra 500,000 barrels a day in demand from the energy crisis may be conservative.

“We have never had a situation like this where oil is extremely cheap [versus gas] so we just don’t have empirical evidence” for how much oil demand may increase, said Bjarne Schieldrop, chief commodities analyst at SEB Markets. “It could very well be more than a million barrels,” he added.

Relatively weak natural-gas inventories for the time of year and low wind levels in Europe have coincided with the post-pandemic economic recovery, coal shortages in China and the possibility of a cold Northern Hemisphere winter to send fossil-fuel prices soaring. Benchmark European gas prices have leapt 184% in the past three months.

As a result, analysts have already observed a rise in the trend known as gas-to-oil switching, whereby power plants that run on oil are fired up or ones that can be converted to run on crude products are being switched over. Goldman Sachs cited this in raising its oil-price forecasts late last month, while energy consulting firm Rystad Energy said it expects the Asian power sector to use 400,000 more barrels a day of oil than it previously did in the next six months.

Even so, supply from oil-producing nations remains constrained. The IEA trimmed its supply forecasts for this year and next for countries outside of the Organization of the Petroleum Exporting Countries and its allies, citing outages from Hurricane Ida and maintenance-related outages in Canada and Norway.

Meanwhile, despite increased production from OPEC+, the IEA said the alliance would produce 700,000 barrels a day fewer than the world’s appetite for its crude in the fourth quarter of 2021, but added that if the producer group continues to unwind its production curbs then it may shift back to supplying more than needed in 2022.

Long-term reports in recent weeks from OPEC and the IEA have shone a spotlight on the cartel’s influence over the global energy system. While the IEA said on Wednesday that clean-energy spending must triple to avoid further power-market turbulence, OPEC’s report said that developing-world population growth and wealthier nations’ aversion to fossil fuels leaves the cartel well-positioned to profit from selling oil for decades to come.