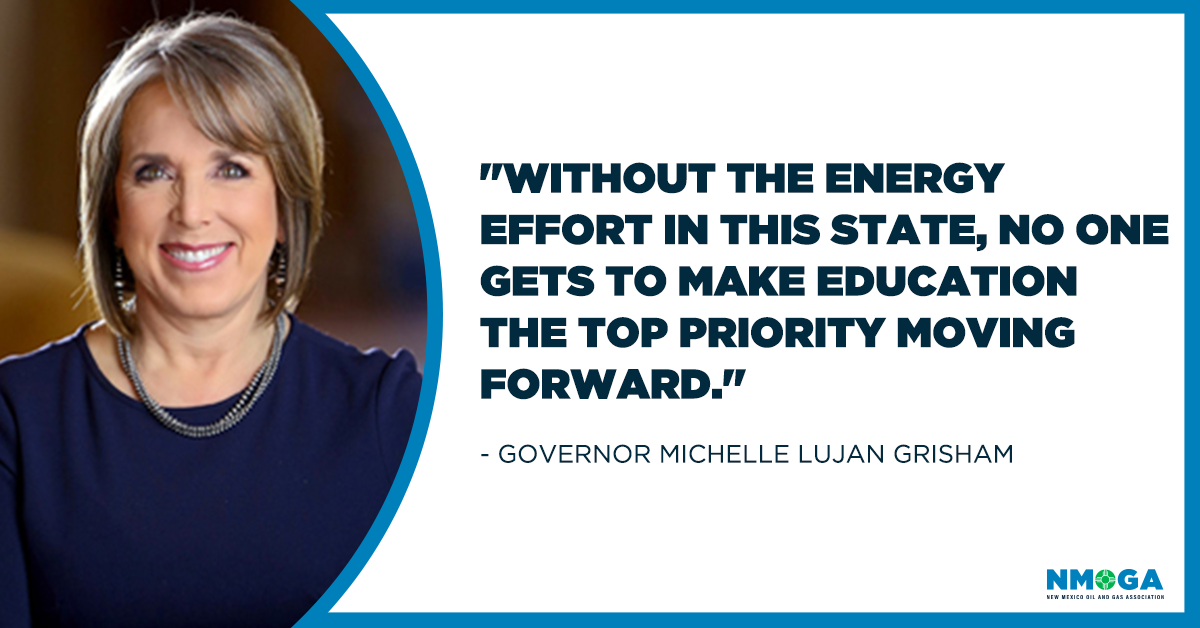 Gov. Michelle Lujan Grisham said Tuesday that she wants to harness the expertise of scientists working in the oil and gas industry as her administration crafts new regulations for methane emissions.

She delivered her remarks Tuesday to hundreds gathered for the annual conference of the New Mexico Oil and Gas Association at the Eldorado Hotel.

The audience also heard from U.S. Interior Secretary David Bernhardt, who said the Trump administration is cutting bureaucracy and fostering job growth throughout the country.

Lujan Grisham, a Democrat who took office this year, said she wants her administration to collaborate with the oil and gas industry and tap into the “brain power” of petroleum engineers and others as her administration works to protect the environment.

“We are stronger working together,” she told the audience.

Outside the hotel, meanwhile, about a dozen protesters urged action on climate change and asked the governor which side she’s on.

Lujan Grisham didn’t mention the protesters during her 25-minute speech.

The governor said New Mexico is committed to an “all-of-the-above energy” strategy – a reference to her support for renewable energy.

She said she will push to regulate methane emissions – a component of natural gas often released in oil production and a contributor to climate change. But the governor told the audience it would be foolish to craft the rules without the input of the oil and gas industry.

“I have no doubt that New Mexico is going to get methane regulated right,” Lujan Grisham said.

Bernhardt, by contrast, told the audience that the Trump administration is rolling back unnecessary regulations and defending energy production.

He assailed the proposed Green New Deal – introduced by U.S. Rep. Alexandria Ocasio-Cortez of New York and Sen. Ed Markey of Massachusetts, both Democrats – as a job killer that would “crush the dreams of the poorest Americans.”

“Policies like the Green New Deal threaten your livelihood and the economic progress we’ve been able to sustain under the president’s leadership,” Bernhardt said.

He addressed the audience Tuesday morning about an hour after the governor.

Bernhardt, who grew up in Colorado, said the Trump administration wants to “strike the right balance” on environmental protection. He highlighted his decision to impose a one-year moratorium on oil and gas leasing on federal land within 10 miles of Chaco Canyon in northwestern New Mexico.

The annual oil and gas conference comes as an oil boom in southeastern New Mexico helped propel the state budget to a record high of about $7 billion this year.

New Mexico is now the third-largest producer of oil in the United States, behind Texas and North Dakota.

The Energy Transition Act phases in requirements for the Public Service Company of New Mexico and other public utilities to shift to carbon-free energy generation by 2045.

Lujan Grisham suggested Tuesday that she’s aware the oil and gas executives in the room might be skeptical of such legislation.

She added: “What I do think is important is that there’s mutual trust and respect.”