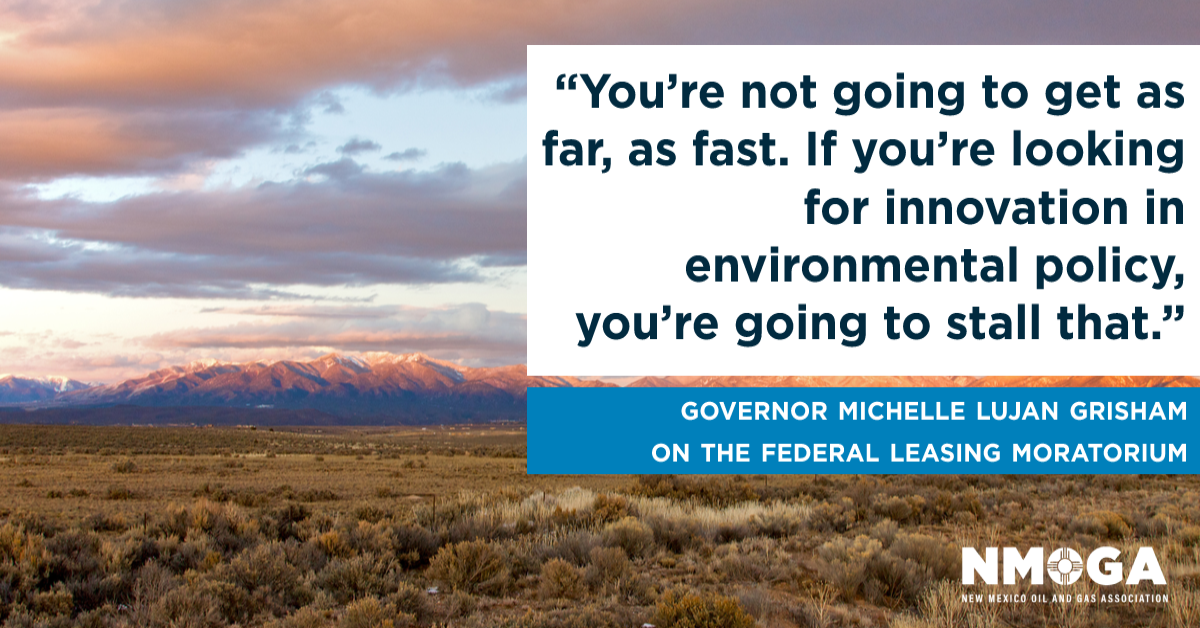 During a wide-ranging webinar hosted by the Greater Albuquerque Chamber of Commerce Wednesday, Lujan Grisham said she supported President Joe Biden’s efforts to reverse “reckless” public land decisions made by the previous administration, but said the decision threatens to undercut efforts made at the state level to curb emissions.

“You’re not going to get as far, as fast,” Lujan Grisham said. “If you’re looking for innovation in environmental policy, you’re going to stall that.”

The governor said her administration, which had not previously taken a stance on the federal moratorium, sent a “strongly worded” letter to the U.S. Department of the Interior, and is working with other western governors to develop a program that credits states with robust energy initiatives.

“We are doing all the things they aspire to do at the federal level,” she said.

Lujan Grisham spoke for about an hour during the event, updating business leaders on issues ranging from the paid sick leave bill being discussed by the New Mexico senate, to state efforts to provide economic aid to businesses struggling during the COVID-19 pandemic.

“Your success, quite frankly, is the state’s success,” Lujan Grisham told the chamber participants.

“There is a lot to be said for when and how you do that,” Lujan Grisham said.

The governor acknowledged the state has to pay back loans to the federal government that it took out to replenish its unemployment benefits, but she said it isn’t her intention to pass those costs onto New Mexico’s business community.

Additionally, Lujan Grisham said the state is working to provide around $900 million in support for New Mexico small businesses. These efforts include a $200 million relief measure signed into law earlier this month, which authorized $600 rebates for New Mexico workers who make $15 an hour or less, as well as a four-month tax holiday for restaurants and other dining establishments.

As COVID-19 cases decline and more New Mexicans get the vaccine, the governor said she’s optimistic that the state can lead the economic recovery.

“I think we’re going to create an environment in New Mexico that other states are going to look to,” Lujan Grisham said.