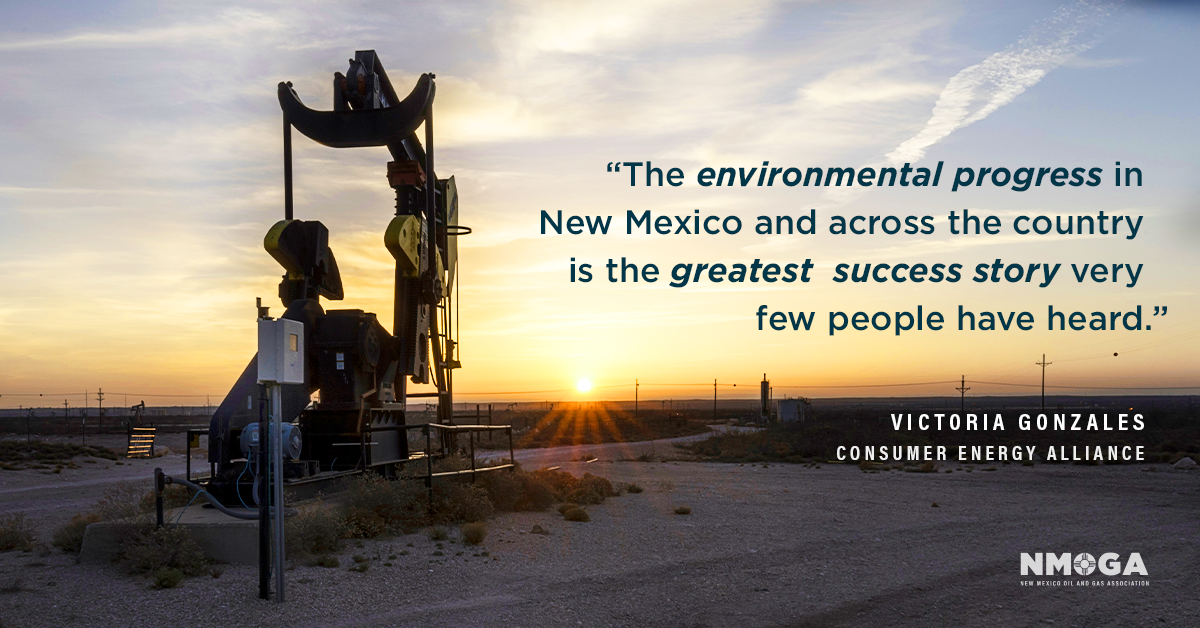 New Mexico has a wealth of traditional fuel, mineral and renewable energy resources, from substantial oil and natural gas reserves and abundant sunshine to a significant portion of America’s uranium reserves — placing it among the nation’s top 10 energy producers.

Which is why it’s more important than ever to embrace all that our state has to offer.

But, protests from anti-energy activists and policymakers who claim the U.S. is doing too little on the environmental front are working to block New Mexico’s energy leadership and future ability to advance the state’s energy and environmental solutions.

It’s time New Mexicans hear how the U.S. is leading the world in cutting air-polluting emissions, thanks to natural gas, conservation, efficiency, and increased wind and solar power use.

Even without being a signatory to the Paris climate accord, we will by 2025 be more than two-thirds of the way to reaching our targeted emissions reduction of 28 percent from 2005 levels, according to Bloomberg Philanthropies.

In fact, the U.S. has pared its annual carbon dioxide-equivalent output by almost as much as the entire European Union since 2005, according to the Environmental and Energy Study Institute.

Plus, our country in 2017 trimmed almost twice as much carbon dioxide from the atmosphere as any other nation, delivering the single-largest absolute reduction of it. This is occurring while the U.S. is the No. 1 producer of oil and natural gas and the No. 2 producer of wind and solar power.

Contrast that environmental victory with the opposite path in China, the world’s biggest greenhouse gas emitter.

It hasn’t even promised an overall reduction in emissions in the Paris agreement, but merely to stop increasing them by 2030.

Starting with a 2005 baseline through 2017, America’s overall greenhouse gas emissions have fallen an impressive 12 percent, according to the Environmental Protection Agency. Carbon dioxide fell 14 percent, methane dropped 5 percent and nitrous oxide declined 4.1 percent. U.S. leadership and innovation shines through especially in curbing methane from natural gas systems. From 1990 to 2017, such methane emissions fell 14 percent while natural gas production surged by more than 50 percent. That’s an effective reduction of 43 percent.

What about New Mexico? A recent analysis from Consumer Energy Alliance found that emissions of key air pollutants and greenhouse gases, like carbon dioxide emissions and volatile organic compounds, have declined significantly across the state, even though natural gas consumption has grown substantially and New Mexico remains a large energy consumer.

And another analysis from the New Mexico Oil and Gas Association and other groups found that methane emissions intensity in the Permian Basin has declined by nearly 64 percent over the past seven years while production has more than doubled.

We could go on, but the truth is clear. We are diversifying our energy portfolio while producing the cleanest energy on the planet during a time of record production. Our great untold environmental story is what happens when American industry, government and other stakeholders team up to solve problems. We get results, as we are demonstrating with our all-hands-on-deck result to the coronavirus pandemic.

But the environmental progress in New Mexico and across the country is the greatest success story very few people have heard. Let’s keep talking about it, New Mexicans, and cheering for more.