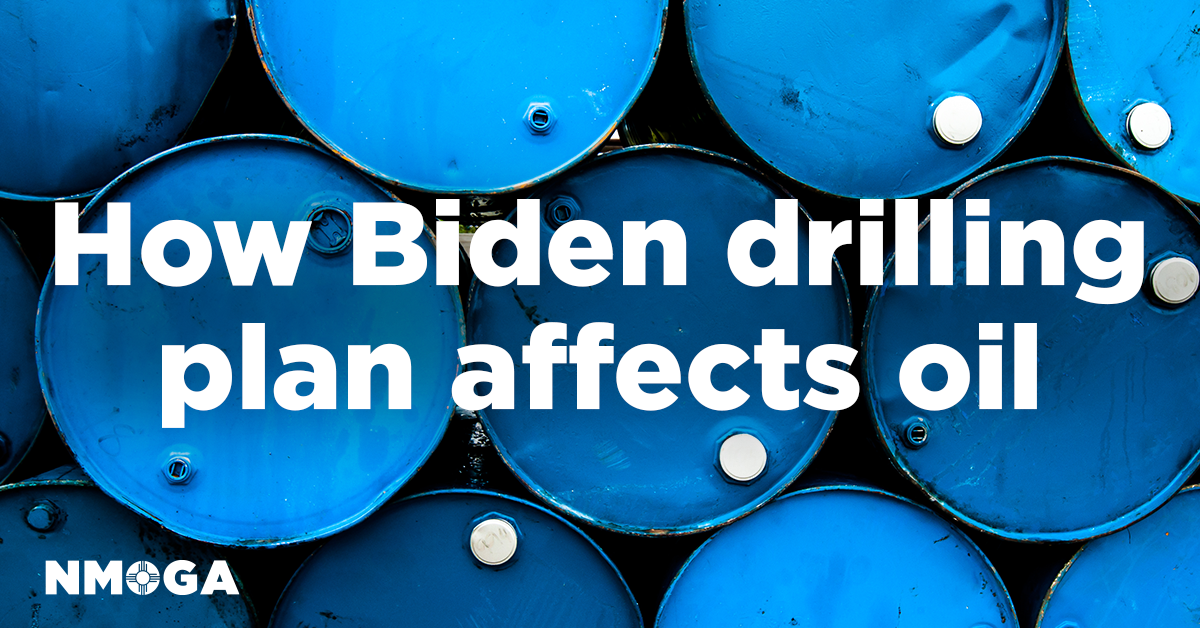 The Interior Department’s move to resume onshore oil and gas leasing and hike royalty rates is scrambling the political talk around energy production after months of efforts by congressional Democrats to overhaul federal drilling.

The agency said Friday it would auction some 144,000 acres of land on 173 parcels — the first onshore lease sales of the administration — with significant reforms. Interior said it would raise minimum onshore royalty rates from 12.5 percent to 18.75 percent and require consideration of greenhouse gas emissions (Greenwire, April 15).

The announcement comes at a crucial political juncture for an administration trying desperately to lower prices at the pump before the midterms after Russia’s invasion of Ukraine. It drew a mixed bag of praise and ridicule from progressives and Democrats and an overwhelmingly negative response from Republicans intent on blaming President Joe Biden’s policies for high energy prices.

The move could also introduce another wrinkle as Democrats attempt to revive their $1.7 trillion climate and social spending bill in the coming weeks. Royalty rates and leasing reforms were a point of debate between House Democrats and Senate Energy and Natural Resources Chair Joe Manchin (D-W.Va.) — the swing-vote moderate who killed off the “Build Back Better Act” last year.

House Natural Resources Chair Raúl Grijalva (D-Ariz.), a longtime advocate of federal leasing reforms, praised the announcement and called on oil and gas companies to “finally use this opportunity to lower prices at the pump, given all their claims that they needed more leases to do so.”

“I’m glad we finally have an administration that recognizes that the status quo for our oil and gas leasing program is a rip-off for the American people,” Grijalva said in a statement. “If we’re going to let the fossil fuel industry pocket more of our public lands for drilling, we should at least make sure they’re paying a decent price to do it.”

The administration had nonetheless been considering reforms, and the royalty rate hikes come as no surprise.

A report released by Interior last year outlined the case for higher minimum royalties, which were set in 1920, as well as tougher bonds and new fees. The Bureau of Land Management also accidentally published information on its website in February indicating it would be hiking the royalty to 18.75 percent (Energywire, Feb. 1).

“For too long, the federal oil and gas leasing programs have prioritized the wants of extractive industries above local communities, the natural environment, the impact on our air and water, the needs of Tribal Nations, and, moreover, other uses of our shared public lands,” Interior Secretary Deb Haaland said in a statement Friday.

“Today, we begin to reset how and what we consider to be the highest and best use of Americans’ resources for the benefit of all current and future generations.”

Oil and gas royalties had emerged as a point in negotiations over Democrats’ party-line reconciliation spending bill.

The $1.7 trillion package passed by the House last year would have banned offshore drilling and raised minimum royalties to 14 percent for offshore and 18.75 percent for onshore. Manchin’s committee, however, proposed in its own slice of the reconciliation bill to nix the drilling ban and raise onshore rates by a slightly lower margin — to only 16.7 percent (E&E Daily, Dec. 16, 2021).

Manchin later sunk the whole effort over concerns about inflation and runaway spending. Democrats are still trying to revive talks, selling the package as anti-inflationary, and the Interior leasing could influence the fight over the specifics of the policy.

Manchin’s office did not provide a statement in time for publication, and the West Virginia Democrat is yet to comment publicly on the Friday announcement.

But the news angered some progressive advocacy groups, who view it as a giveaway to oil and gas. They point to science that says the world needs to wind down fossil fuel production to have any hope of stopping the world from warming more than 1.5 degrees Celsius over preindustrial levels — the target laid down by the United Nations Intergovernmental Panel on Climate Change.

“It’s as if they’re ignoring the horror of firestorms, floods and megadroughts, and accepting climate catastrophes as business as usual,” Randi Spivak, public lands director at the Center for Biological Diversity, said in a statement.

“These so-called reforms are 20 years too late and will only continue to fuel the climate emergency. These lease sales should be shelved and the climate-destroying federal fossil fuel programs brought to an end.”

Still, Abby Tinsley, associate vice president for policy and government affairs at the National Wildlife Federation, said the reforms are an indication the Biden administration cares about structuring oil and gas leasing so that it protects wildlife and habitat.

“Now the administration must take the next step and adopt permanent rules to implement all of the reforms put forth in its report last fall, including ending the practice of leasing on low potential lands, charging fair market prices, and increasing bonding rates so energy companies — not American taxpayers — pay for the cleanup after the lands have been developed,” Tinsley said in a statement.

Republicans are already looking to wield Interior’s announcement in their midterm fight to blame Biden for high gas prices.

They have pointed to the royalty hikes and the relatively limited acreage Interior is offering for lease. The agency said the 144,000 acres represents just 20 percent of the acreage originally nominated for leasing.

“After begging American oil and natural gas companies for months to produce more, the Biden administration is still doing all it can to restrict leasing on federal lands,” Sen. John Barrasso (R-Wyo.), ranking member of ENR, said in a statement.

“First it was an illegal moratorium imposed at the start of his presidency. Now it’s this proposal to dramatically increase the cost of onshore leases while cutting the acres offered for lease by 80 percent.”

“Clearly the Biden administration is embarrassed about this decision,” Westerman said in a statement.

The oil and gas industry says that the announcement will not have any positive impact on increasing oil and gas production on federal lands.

Industry executives said in conversations with E&E News today that they are pleased the administration is once again moving forward with oil and gas lease sales on federal lands. But they note that’s not anything the Mineral Leasing Act, which mandates quarterly lease sales, didn’t already require.

If anything, the only thing new that was announced on Friday was the royalty rate hike of 18.75 percent, said Frank Macchiarola, senior vice president of policy, economics and regulatory affairs for the American Petroleum Institute.

“There’s still no explanation as to why we’re almost 15-16 months into the administration and they haven’t complied with their own leasing act, which requires quarterly lease sales on federal lands,” Macchiarola told E&E News.

“Over half of the oil production acreage in New Mexico, the second highest producing state, is on federal lands,” Doug Ackerman, president and CEO of the New Mexico Oil & Gas Association, said in an emailed statement. “Continuing to handcuff the industry here will do little to increase production, which is the only solution to the current energy crisis.”

Other industry representatives and lawmakers complained that Friday’s announcement did not include many details — most notably what exact parcels are being offered and in which states.

Wyoming’s Gov. Mark Gordon (R) noted this in a statement Friday, adding that “to learn that royalty rates will be increased and available acreage significantly reduced is hardly cause for unbridled celebration.”

Macchiarola said the lack of those details makes it difficult to figure out whether the administration wants more domestic oil and gas production.

“I think it’s indicative of the administration’s lack of coherent strategy as it relates to energy policy,” he said. “They continuously talk about supply. And I think, in this announcement, they wanted to deliver a message that they’re going to increase production. But at the same time they are taking a significant portion of the acreage off; they are increasing royalties.”

“It’s just another political action by the administration,” Naatz said in an interview.

He added: “Now they’ve come up with a plan they say is going to have a significant impact. When you’re reducing the acreage by 80 percent, you’re increasing royalties by 50 percent, that doesn’t seem to be a formula for robust action on federal lands. Our members are certainly very skeptical. But it doesn’t seem to be a plan that’s going to have a major impact on onshore federal land production.”