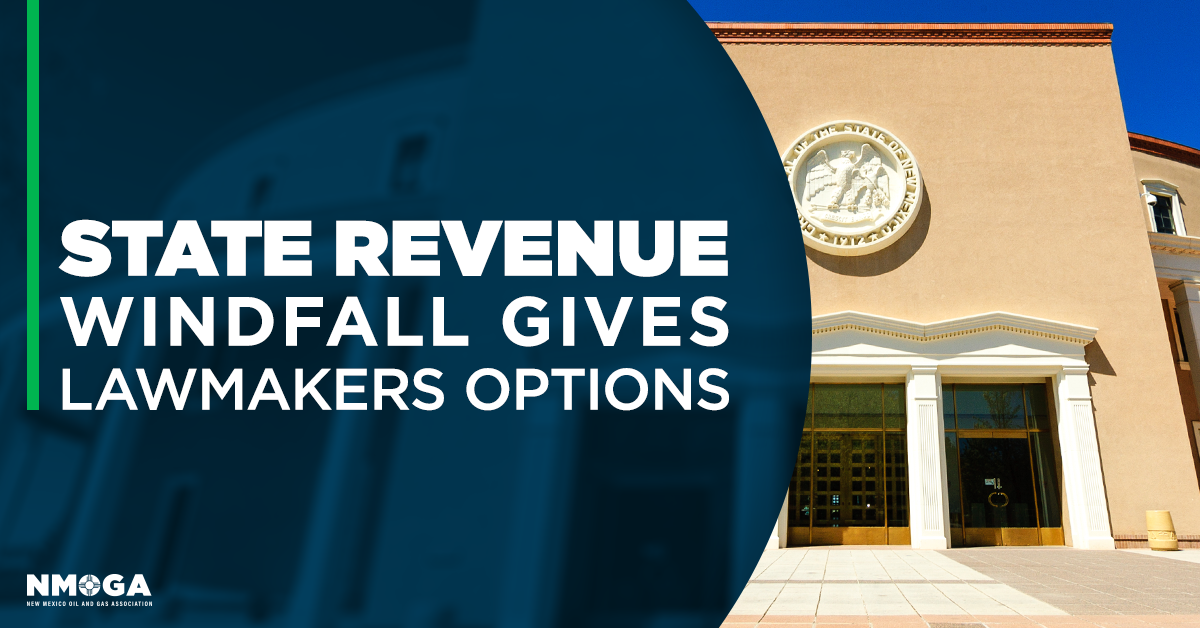 “We’ve all heard stories of lottery winners, rock stars, heirs and heiresses, and professional athletes becoming millionaire morons who wake up rich but are broke by nightfall.”

It’s about “changing the mindset that a lot of New Mexicans have about our state: that we are poor, that we can’t build things, that we can’t make great achievements when the opposite is actually true. We have tremendous natural resources. We have a third of the biggest oil discovery in the history of the planet. … We have incredible people, and we’ve got a lot of amazing talent. … It’s all here. … We can do big and great things. … Everything is lined up for New Mexico to be the next ‘it’ state.”

Like a lottery winner watching that Powerball prize roll in, New Mexico lawmakers have some big decisions to make in the coming months.

What investments will stand the test of time and make life better for New Mexicans today and for tomorrows to come? And which will sound good and make folks happy, yet once again fail to move the needle on education, health, jobs and a diversified economy?

In other words, how does New Mexico become the “it” state and not another “millionaire moron?”

New Mexico is on track to have $907 million in new money for the coming fiscal year, thanks in great part to unprecedented oil production levels in the Permian Basin. And that $907 million is on top of the $663 million spending increase for the budget year that started in July. For the first time, the state’s budget is exceeding $7 billion.

But as exciting as all that new money is – along with the prospect of it continuing for several years – it is absolutely essential to remember where we were as a state in 2016.

That’s when lawmakers had to take reserves down to just 1% of annual general fund appropriations, hurting the state’s credit rating and making it more expensive to finance projects. The state considered another furlough of its public employees (which it actually did in 2009-10). It mandated department budget cuts. Municipalities increased taxes. Heck, we didn’t even pay folks for jury duty.

• Lawmakers on both sides of the political aisle for shoring up those reserves as the oil and gas bust turned to boom. And for heeding the sage advice of the late Rep. Larry Larrañaga and creating a true rainy day fund to help ease the pain when the bust comes around again.

• Gov. Michelle Lujan Grisham for approving those initiatives and proposing a parallel fund for early childhood education rather than continuing the drumbeat of raiding our state’s legacy Land Grant Permanent Fund.

• House Minority Leader James Townsend, R-Artesia, for recommending “new monies should be applied toward tangible investments that will propel our state’s economy forward.”

• Sen. John Arthur Smith, D-Deming, chairman of the LFC, for reiterating that simply backfilling the state’s troubled pension funds is a false fix as “to really get stability, you’ve got to have recurring spending.”

Yes, there will be temptations to spend this windfall on the unsustainable. And the state has already made the poor decision to increase taxes while awash in cash, punishing job creators (folks who make a whopping $210K individually or $315K jointly are likely the managers and small-business owners who make up our recovering private sector). But lawmakers and political leaders can avoid the former and undo the latter.

They can embrace that New Mexico is both a poor state with infinite needs, and a state rich in natural resources, natural beauty and infinite promise.

And they can forge a fiscally sustainable path that melds Townsend’s and Egolf’s approaches, one that delivers safe highways and clean water, and internet connectivity to all 33 counties. One that ensures results, be it in academic outcomes or capital investments, are transparent so taxpayers know exactly what they get for their hard-earned dollars. One that grows the economy rather than government and builds on our strengths, including recreation and tourism, national lab and military base tech savvy, and private sector innovation that spans the creativity of Meow Wolf to the aerospace expertise of Virgin Galactic.

One that is environmentally sustainable without punishing the industries that fund more than a third of state government.

One that understands it is more important to spend money wisely rather than quickly, and that having a plan and a return on investment matters.

And one that, when nightfall comes, be it in a year or 10, we as a state have tangible infrastructure and economic investments that mean we really are the “it” state and not millionaire morons praying we hit the lottery again.