Improvement project on U.S. 285 south of Carlsbad begins next month 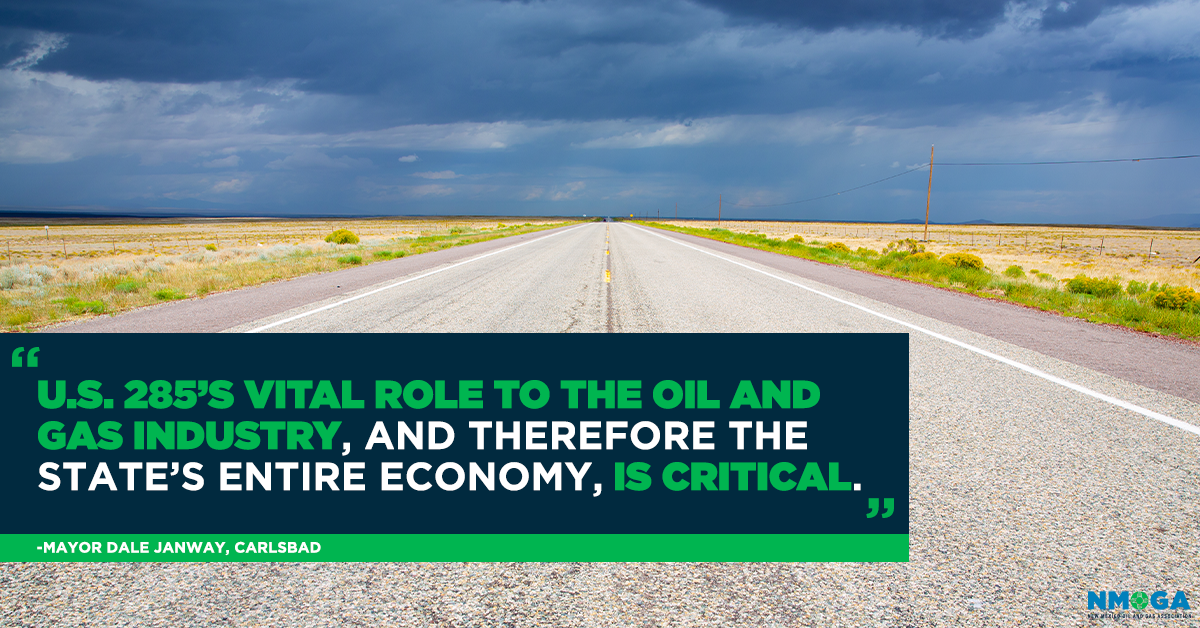 Roadwork underway in other parts of Eddy County

A four-phase project to rebuild portions of United States Highway 285 in Eddy County is set to start Aug. 3, according to the New Mexico Department of Transportation (DOT).

The first two phases of the nearly $56 million project will take place between mile markers 0 and 7 and mile markers 16 to 18 along the U.S. 285 corridor, read a DOT news release.

Mile markers start at 0 at the Texas State Land and are placed at each mile into New Mexico.

Manon Arnett, DOT spokesperson, said the first two phases should be done in the next two years.

Carlsbad Mayor Dale Janway said U.S. 285 has been called the “Highway of Death” for several years now, because of the loss of life between Carlsbad and Pecos, Texas.

“These improvements on the New Mexico side of the highway will save lives,” Janway said.

“While the safety of our residents is the most important reason for these upgrades, U.S. 285’s vital role to the oil and gas industry and therefore the state’s entire economy is also critical.”

Tracee Bentley, PSP CEO and president, said once the work is done, it should mean safer travel for the oil and gas industry and the general public.

"Road safety improvements along U.S. 285 have been a priority for the Permian Strategic Partnership since our inception and, having played a role in securing $12.5 million in (federal) Better Utilizing Investments to Leverage Development Transportation Discretionary Grants program (BUILD) funding for this project, it is encouraging to see construction set in motion," she said.

"And in my term, we have already secured more than ten-fold the previous spending for that portion of our state, for our neighbors there who are so often the economic driver of our state, who provide so much for all of us,” she said.

Lujan Grisham said the State will continue to build up and build out southeast New Mexico.

“This project is only a start,” she said.

The first phase of work from mile markers 0 to 7, will require lane closures to allow trucks to haul material to the work zone and build detours for emergency vehicles and through traffic, the DOT release read.

Traffic will be restricted to one lane between mile markers 16 to 18 while the bridge replacement portion of the project takes place.

Janway urged drivers to be patient during the construction.

“This project is important for our citizens and for the entire state,” he said.

Road work continues in other parts of Eddy County

“We completed those in-house,” Burns said.

He said most of the work was done by Eddy County road crews and there was some outside help for construction materials and equipment.

“If there’s a place to do a shout out for county road crews, they’re doing a great job,” he said.

“They are getting out there and doing things we haven’t done in a while and excelling at it.”

“The current plan is to break it up with a segment of pavement and chip seal,” he said,

“We’re coming from U.S. 285 south into the city limits to Richey Avenue, this is a partnership with the City of Artesia, they’ve been a great partner to work with,” he said.

Burns said Constructor’s Inc. could start work on the project July 8 and it should be finished in two months.

“We’re looking forward to keeping these deals going and we’ve got a lot done and we’re going to take our foot off the gas,” he said.