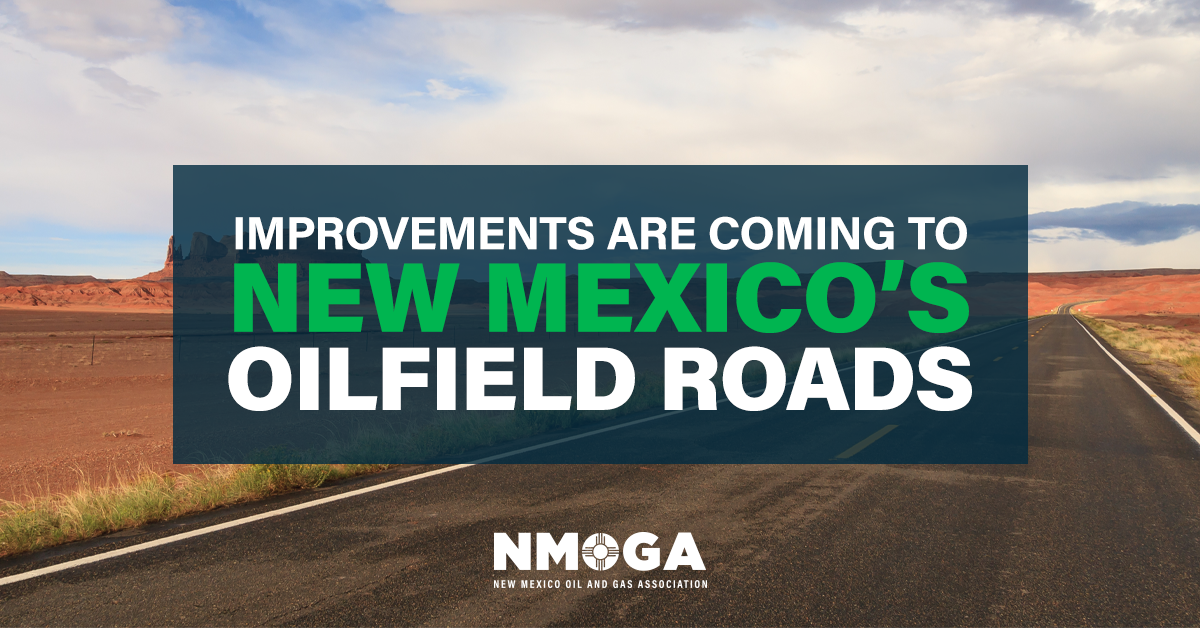 When oil and gas started booming in southeast New Mexico, one of the first things people noticed was the traffic.

In 2017 as the boom took hold, the Eddy County Sheriff’s Office reported several accidents on highways outside of city limits, responding to multiple serious crashes – some fatal.

“I believe it’s a crisis,” said Eddy County Sheriff Mark Cage. “The whole area south of Eddy County is really struggling with our roads. There’s so much infrastructure that we need down here.”

Cage said the roads are struggling as state funds are not properly allocated to the region known for one of New Mexico’s biggest economic drivers: oil and gas.

“We generate a huge amount of revenue for the State,” Cage said. “And we need help with our infrastructure, so we can keep generating that revenue and do it safely.”

And the New Mexico Department of Transportation is getting closer to providing the safety needed for industry to continue its growth.

A main highway for oilfield traffic between Eddy and Lea counties is being upgraded, and NMDOT expected ongoing improvements to be finished by winter.

The NMDOT invested about $58 million in federal and state funds into the project, which would upgrade 32 miles of U.S. Highway 82 between Artesia and Maljamar, read a NMDOT news release.

Motorists were asked to look for NMDOT workers near the junction of 82 and State Road 529, per the Thursday release.

“This is an important corridor for Southeast New Mexico that supports economic development and brings jobs to the area,” said NMDOT spokesperson Manon Arnett. “Improving the highway will enhance safety along the highway.”

The project began in summer of 2017, following numerous public meetings in local communities along the road.

Arnett said it could provide an economic boost for the area, by increasing safety for commuters.

“With the collaboration of the NMDOT, state, city, and county officials this project became possible,” Arnett said. “It can provide economic development to the area with increased transportation and commute safety and efficiency which will enhance construction and contractor jobs in the area.”

U.S. 82 was previously only a two-lane road, which was quickly overburdened during the recent boom in oil and gas in the area, and subsequent influx of traffic on the roads in southeast New Mexico.

To account for the higher volumes of traffic, new turn lanes were also added at major intersections, read the release.

The project involves a mill and overlay of the existing roadway, along with reconstruction and widening driving lanes and shoulders.

Partnerships between the government and private companies could support future projects, Arnett said, as more companies move in and stress the infrastructure.

She pointed to the Roadway Safety Integrated Project, a group of local leaders, lawmakers, community member and industry representatives formed to advocate for improvements to New Mexico’s roads and safe driving behavior.

“Involvement from private industry will always be an important part of our projects even more so in the future where project needs outpace funding,” Arnett said. “Groups such as the Road Safety Integrated Project, the Permian Strategic Partnership, and others are currently working on how this can be achieved.”

What other projects are coming up in southeast New Mexico?

A $90 million rebuild of the first 22 miles of U.S. Highway 285 from the Texas State Line has only about $20 million in funds identified, records show.

NMDOT District 2 Engineer Timothy Parker said that is a top priority for the district that contains Eddy, Lea, Chaves and parts of Otero and Curry counties.

“(U.S.) 285 is one of the most deadly highways in New Mexico, definitely one of the busiest,” Parker said. “Focusing and having everybody together on the same page will really help those projects.”

Arnett also listed an overpass at Price Street on U.S. Highway 70 in Clovis, along with a bridge replacement on that same road in Roswell.

She also pointed a rehabilitation project of U.S. Highway 84 near Fort Sumner, along with reconstruction of U.S. Highway 54 between Tularosa and Alamogordo and improvements to the entrance of White Sands National Monument.

“NMDOT is actively looking for ways to improve roads in the oilfield traffic areas of our state,” Arnett said. “NMDOT’s mission is to provide a safe and efficient transportation system for the traveling public, while promoting economic development and preserving the environment of New Mexico.”

Improvements on Texas side of 285

Traffic will be reduced on U.S. Highway 285 between Pecos and Orla, Texas, per a news release from the Texas Department of Transportation.

A bridge-class culver is being replaced at 4-Mile Draw, read the release, and temporary traffic signals will direct traffic during the work.

“Temporary traffic signals will be in operation around the clock at the culvert,” read the release. “Running a red light in this situation could be absolutely catastrophic.”

Lanes will be reduced to 11-foot wide loads, read the release, and the speed limit was reduced to 45 miles per hour.

“Delays can be expected. Alternate routes are strongly encouraged if possible,” read the release. “Motorists are reminded that state law requires them to obey pilot cars and warning signs as well as any flaggers encountered in the work zone.”

Constructors Inc. of Carlsbad won the contract with a $12.5 million bid.