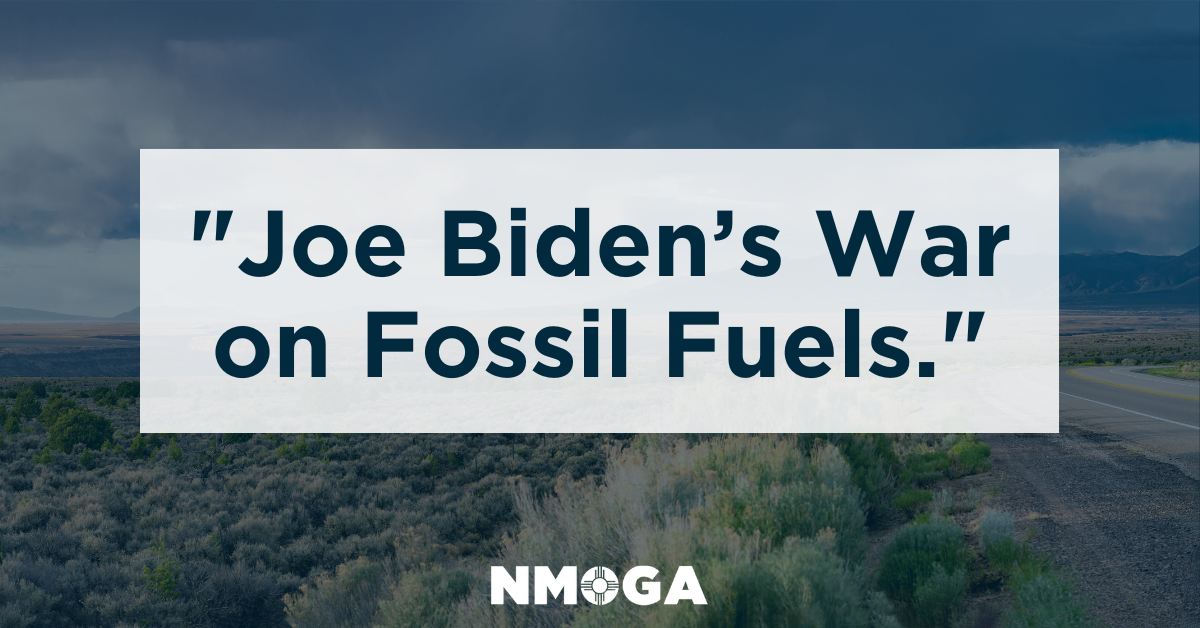 Try as they might to mitigate the severe energy crisis plaguing the U.S., the Biden administration’s attempt to shore up supply is a few wellheads short of an oil rig.

With gasoline prices averaging over $4.60 per gallon and several electric grid operators warning of rolling blackouts, increasing the supply of America’s most critical energy sources is vital. Fossil fuels account for 80% of America’s energy usage, yet the administration is intent on curbing oil and gas supply, cutting gasoline refining capacity, and making it more challenging to meet rising electric demands.

Oil prices are hovering around $100 per barrel, and millions of barrels per day of Russian oil are exiting the market due to unwilling buyers, international sanctions, and contracted Western oil companies abandoning drilling sites. With this dip in the international oil market, the U.S. ought to be preparing to increase domestic oil supply, but the Biden administration is simply not interested in that. Instead, it’s moving to block oil and gas production on federal lands, where roughly a quarter of American oil is produced. The Interior Department’s recently proposed five year offshore lease plan would block offshore drilling in the Pacific and Atlantic oceans and offer a small number (possibly zero!) of leases in the Gulf of Mexico. Onshore, the administration cut available leased land by 80% and significantly increased royalty fees.

The situation is no different for drilling on private land. The Environmental Protection Agency (EPA) lacks the authority to ban fracking, but is considering regulating America’s most productive and cost effective oil field into irrelevance. The Permian Basin in Texas and New Mexico accounts for 40% of America’s oil production and 15% of its natural gas production. Undeterred by the Supreme Court’s recent rebuke of its industry-remaking regulations, the EPA is contemplating using ozone standards to force Texas and New Mexico to curb oil drilling, potentially jeopardizing 25% of America’s gasoline supply.

And yet even if the administration encouraged more domestic drilling (in contrast to the president’s repeated calls for OPEC to pump more oil), that oil must be refined to turn it into gasoline and diesel fuel. However, in the face of increasing renewable fuel mandates, gasoline and diesel refining capacity in the United States has been declining for years, as many refineries are either closing or converting to biofuel refineries.

No large refinery has been built for 46 years, in part because of the EPA’s ratcheting up of biofuel blending requirements to unsustainably high levels. Moreover, the EPA’s recent decision to end its longstanding practice of granting biofuel waivers to small refiners will only lead to more refineries closing under those mandates’ costly weight. Regulating refineries out of business is not the way to lower gasoline prices.

Nor is the electric grid immune from attention. A new EPA power plant emissions proposal is so aggressive that four of the nation’s seven electric grid operators have opposed it citing threats to  grid reliability. Without changes, the rule would force reliable fossil fuel generation out of service at a time when ready-at-hand electric generation is rapidly declining throughout the country. With rising electric demands as the economy electrifies, shutting down needed power plants will make it harder to keep more than just the lights on.

Nor is this challenge a far-off possibility. Several grid operators and regulators have issued warnings that maximum electric generation may not be enough to meet this summer’s demands in more than half the country due to early coal and gas plant closures. Incorporating clean energy is important, but going too green too fast means summer blackouts may no longer be confined to California.

Despite the urgency of the situation, there are few policy moves that would bring down energy prices overnight. In industries where billion dollar investments take years to pay off, long term certainty and consistency of the kind the Biden administration refuses to provide are needed.

Fossil fuels are vital for economic activity and global power projection, and the administration should strategize accordingly. Periodically releasing oil from the Strategic Petroleum Reserve is not a strategy, especially when that oil ends up in China. Nor is the EPA’s consideration of eliminating half of America’s liquified natural gas (LNG) exports or federal regulators slowalking permits for a new LNG terminal, at a time when increasing more environmentally-friendly, less emissions-intensive American exports can help wean European allies off Russian gas.

But these strategic and economic casualties are not accidental. Across the board, the Biden administration has placed fossil fuels in its crosshairs. Americans stuck with high energy prices are simply collateral damage.