Lea advances to nation’s No. 2 county in oil production 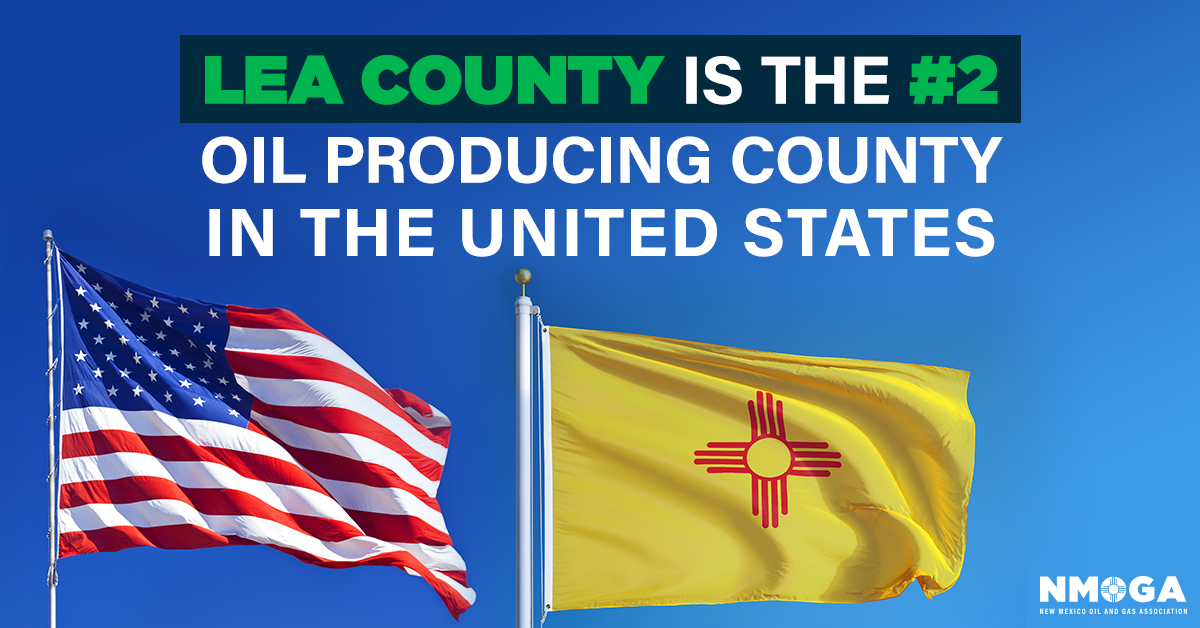 The old commercial line comes to mind when oil production data from various sources show Lea County hit the No. 2 spot in the nation in January. 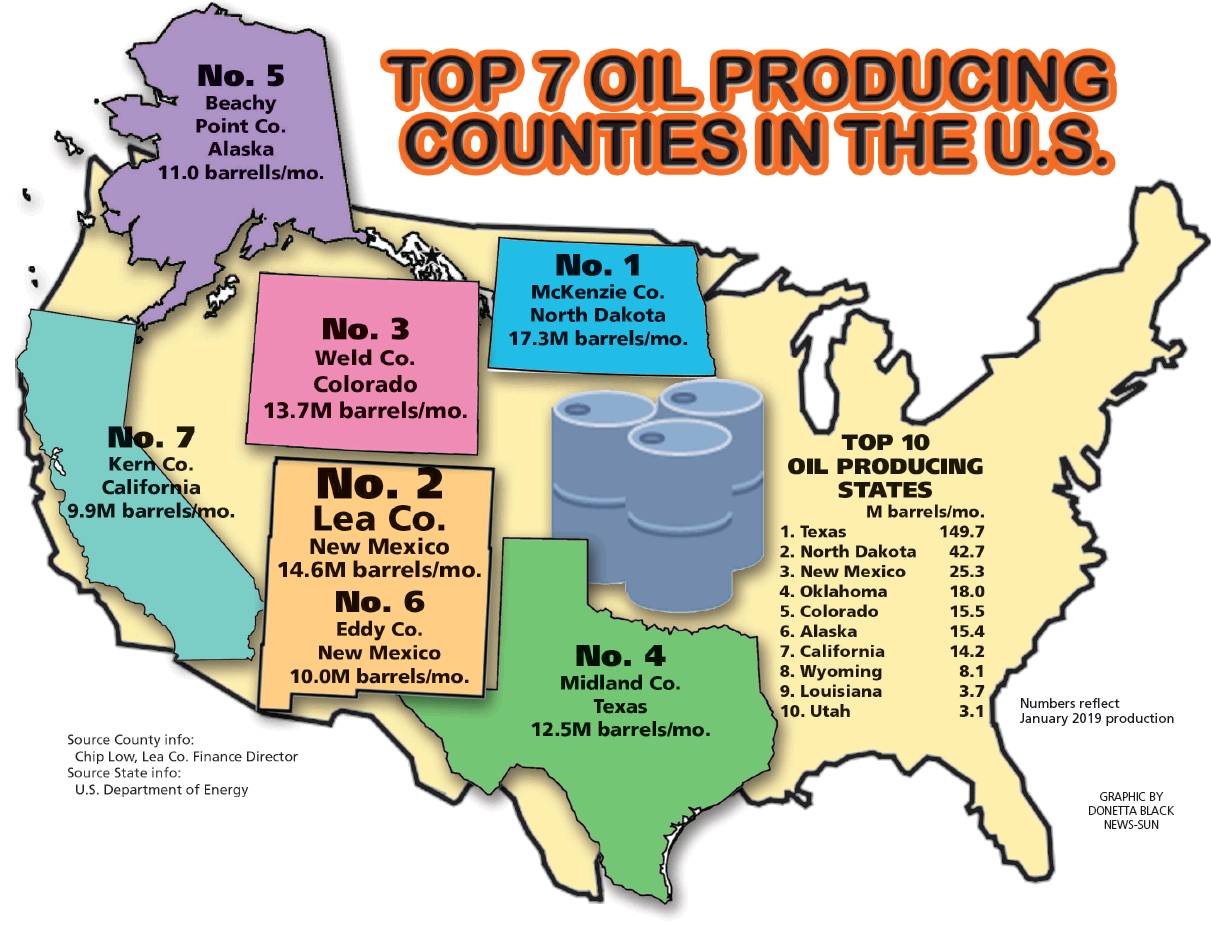 Lea was second only to McKenzie County, N.D., which produced 17.3 million barrels the same month. Complete data for more recent months are not yet available.

A review of data for January 2019 from the U.S. Energy Information Administration, a division of the U.S. Department of Energy, indicates no appreciable change in the oil production rankings of states, leaving New Mexico in the No. 3 slot achieved last year. North Dakota still produces almost twice as much oil as New Mexico, but Texas produces more than three times as much as North Dakota.

At the same time, Lea County had more than twice the number of operating rigs as McKenzie County, 49-23, hence, the “we try harder” concept.

“These are what’s reported to the states,” Low said. “I can tell you that, now, Lea County is No. 2 in production. … It definitely impacts our revenue in a positive way, but it also means the need for more services.”

Steve Vierck, the out-going CEO and president of the Economic Development Corporation of Lea County, was pleased to hear the news.

“Our production has roughly tripled in the last five years,” Vierck said. “The county produces over half the state’s oil and the state is No. 3. It really reflects not only how much oil production there is, but how much growth there has been in oil production to move up the chart as fast as Lea County has.”

Vierck will join the New Mexico State Land Office next week, serving as economic advisor to the state land commissioner.

Sen. Gregg Fulfer, R-Jal, business owner in the oil and cattle sectors of southern Lea County and former chairman of the county commission doubts the peak has been reached.

“We may even become the top oil producer in the world by the time this is done, at least the Delaware Basin overall will be,” Fulfer said. “At one meeting I went to, they said there’s more oil per square foot than anywhere in the world right here in our area. It’s growing pretty quickly and we still haven’t seen the peak of the growth.”

He suggested some delay in growth may be attributed to lack of infrastructure including pipelines for natural gas and oil, and natural gas processing plants.

“I think that’s finally getting put in place. Every day more and more come on line, so I don’t think we’ve reached our peak by any means,” Fulfer said. “I think this is a longterm play and with the longterm play, we’re going to see huge investments going into our area.”

In November, a group of major oil and gas companies with plays in the Permian Basin, a portion of which is the Delaware Basin that straddles the New Mexico-Texas border including the southern half of Lea County, announced the formation of an energy alliance, collectively committing more than $100 million over the next several years to spur additional private-sector investment in the region.

The 18 major oil companies that comprise the Permian Strategic Partnership said the Permian Basin is an oil-producing superpower, becoming one of the most strategically important oil-producing regions in the world, and leading the way to American energy independence.

The coalition says total oil production in the region is expected to more than double in the coming years due to advances in technology and improved operating efficiencies, creating tens of thousands of local jobs and generating billions in state and local tax revenues. The energy companies said while the oil and gas industry is inherently cyclical, they are convinced the Permian Basin is different from the boom-and-bust cycles of the past.

The unprecedented coalition of companies said it intends to address infrastructure challenges and strengthen communities across West Texas and southeast New Mexico. They said building new roads, recruiting new doctors and teachers and developing new neighborhoods will require years of work, substantial resources and sustained cooperation among many entities.