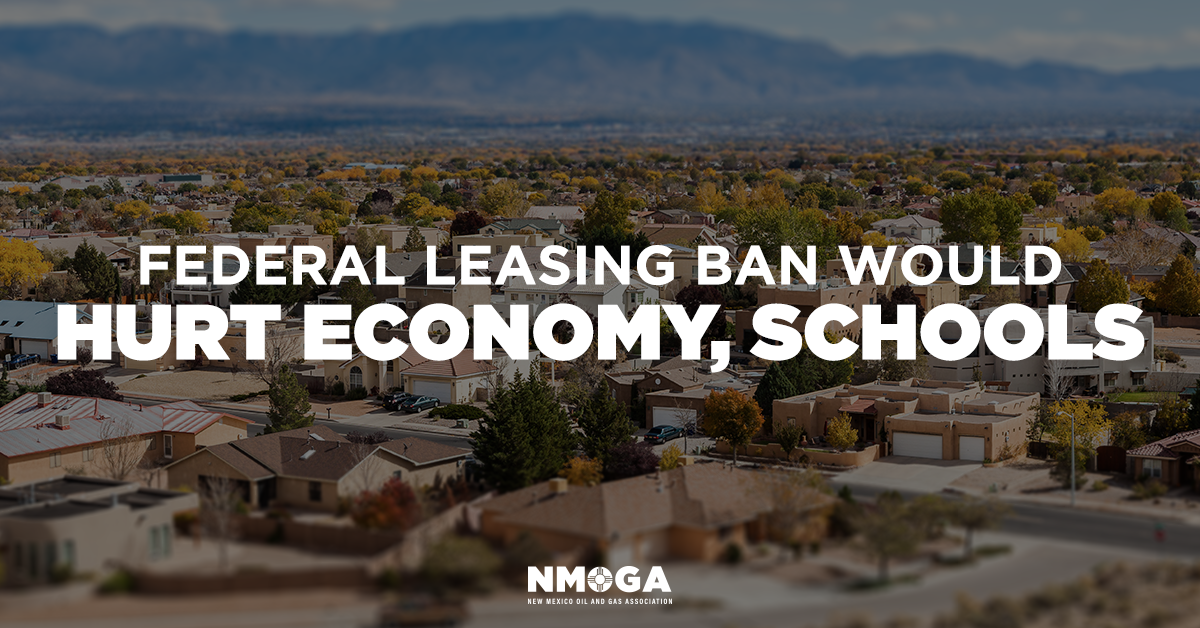 Over the last decade, New Mexico has experienced an energy boom fueled by oil and gas development, approximately one-third of which is on federal lands. Managing these vast expanses of natural resources that lie beneath these lands has always required balance and practicality; but unfortunately, some candidates are suggesting policies that threaten to undermine this important economic contributor to our state.

Vice President Joe Biden’s plan to make millions of energy-rich acres controlled by the Bureau of Land Management off-limits to exploration and extraction would do more harm than good here in New Mexico.It would suppress job creation and economic growth as well as deprive our state of much needed revenue for things like education, health care and public safety. It would also ironically undermine Biden’s ultimate goal to reduce emissions linked to climate change by bringing higher emitting fuel sources like coal back onto the American energy market.

More than a third of New Mexico is federal land. The potential economic benefits of tapping natural resources on this acreage are significant as the revenues generated through leasing, fees and production by private interests flow back to the American public. For example, in 2018, a single lease sale provided nearly a billion dollars with nearly half of that money coming back to New Mexico and the other half going to the federal treasury, benefiting taxpayers across the country.

Last year, New Mexico also received the highest disbursement of any state, $1.17 billion, which is also the largest allocation received in the state’s history. This money enabled communities in the state to provide critical services, improve schools and maintain infrastructure. As you might imagine, elected officials from both parties are concerned about what a federal leasing ban could mean for New Mexico. These taxes and royalties account for 39 percent of the state’s annual budget, including over $1.4 billion for public schools.

Even Gov. Michelle Lujan Grisham, who has touted her local efforts to combat climate change, appreciates the need to balance these goals against the economic impacts of shuttering the oil and gas industry. In her remarks last year to the New Mexico Oil and Gas Association, the governor referenced these trade-offs, admitting that “without the energy effort in this state, no one gets to make education the top priority.”

Development of natural gas in the state benefits both business and household consumers by making available needed energy at an affordable price. I know from experience that those vying for elected office are usually quite sincere when they talk about “kitchen-table” issues working families face. Given that fuel price fluctuations hit low-income communities much harder than more well-to-do consumers, it is hard to see how limiting the supply of abundant and inexpensive natural gas on federal lands is in the best interest of these families and communities.

Meanwhile, the radical progressives insist that drastic measures to halt carbon emissions outweigh the benefits the residents of New Mexico and other states realize from developing energy resources on federal lands, and Biden has adopted their position. Should he win the election, however, he will have to make tough choices based on facts — and the fact is, thanks in no small part, natural gas in the United States has led the world in reducing carbon emissions over the last 10 years.

However many trillions of dollars a Biden administration would spend on an eventual post-carbon future, we need to run an economy and heat our homes along the way. We cannot do that if we deny access to energy development on federal lands. Not only would it do significant harm to New Mexico’s economy, it would undermine revenue that goes to fund critical government programs. And it is irresponsible climate change policy too. Instead, we should be working to focus on policies that could help move our state’s economy and environmental policies forward.

Kelly Fajardo is a member of the New Mexico House of Representatives and the co-founder of RISE New Mexico.