Letters to the Editor: We oppose the proposed state fracking ban bill 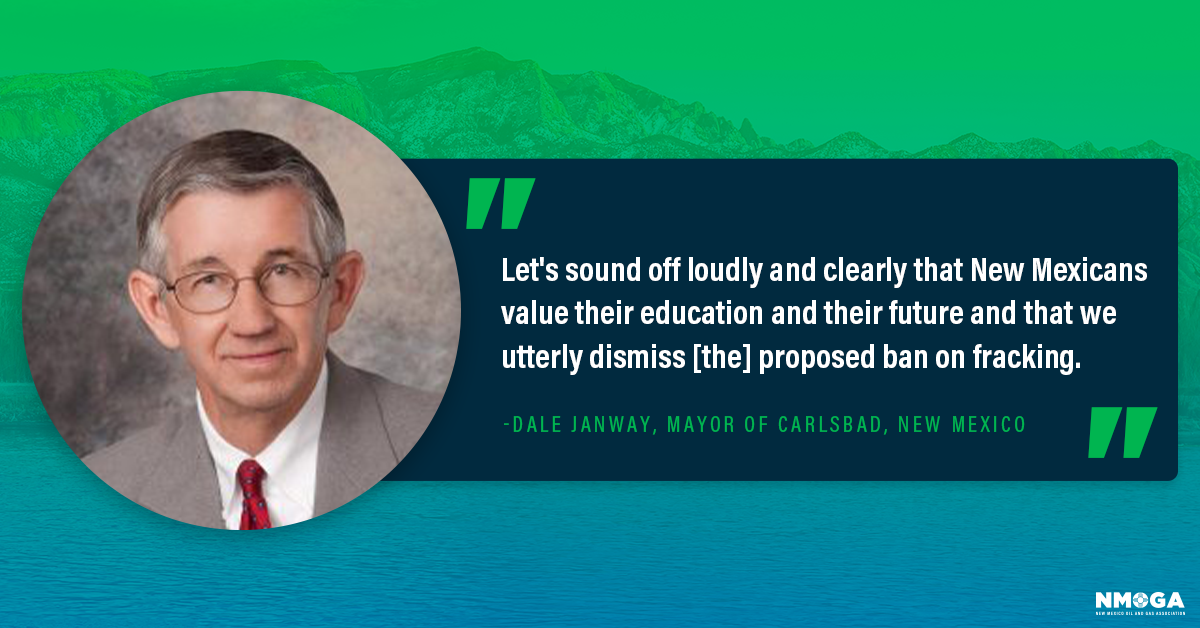 While we are fairly confident that the proposed state fracking ban bill, introduced for the second straight year by Sen. Antoinette Sedillo Lopez, won’t see the light of day during this year’s short legislative session, we are concerned about the potential collateral damage caused by such a grossly misinformed proposal.

Most of our state’s legislators recognize that such a ban would cost an estimated 142,000 New Mexicans their jobs and result in New Mexicans earning $26 billion less in household income. The State itself would lose approximately $8 billion in state and local tax revenue throughout the ban’s duration.

While her bill hopefully will not succeed, our concern is that Sedillo Lopez’s proposal may itself give New Mexico the appearance of being an unhinged state, subject to random bursts of devastating prohibitions at the expense of hundreds of businesses and hundreds of thousands of residents. Will corporations, representing any industry, feel comfortable building and hiring here if they are just another legislative session away from being banished?

The healthiest public discussion that this proposed bill could possibly generate would be its universal rejection from every corner of the state, and most especially from every classroom. We owe it to the children of New Mexico to reject proposals that would greatly reduce their opportunity to receive a good education. Eddy County alone is responsible for 34% of the revenue that goes to the State Land Office, which is used to fund education.

Let’s sound off loudly and clearly that New Mexicans value their education and their future and that we utterly dismiss Sen. Sedillo Lopez’s proposed ban on fracking.