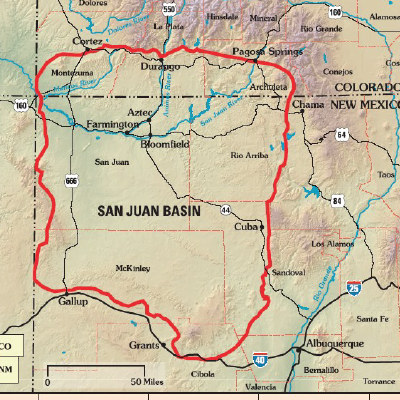 The recent discovery by BP in the Mancos Shale resulted in production rates not seen in some time.

Robert McEntyre with the New Mexico Oil and Gas Association believes this major development could have a significant impact on the state.

The majority of the oil and gas activity in the state takes place in the Permian Basin – that’s located in the southeastern portion of the state.