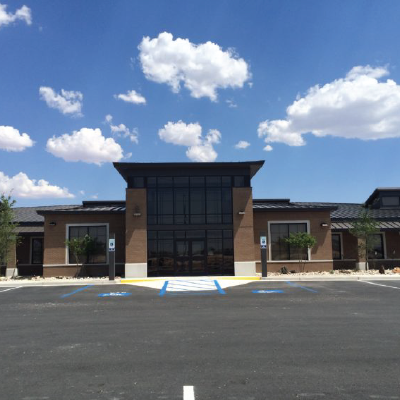 “Our great people, financial strength and long term focus have given us confidence to make this investment in New Mexico and the Permian Basin even as our industry has dealt with a period of low market prices,” said Mewbourne Oil founder and owner Curtis Mewbourne. “Now the Permian has emerged as one of the premier basins in the global oil and gas industry, and Mewbourne is in a strong position to capitalize on our investments.”

Founded in 1965 by Curtis Mewbourne, Mewbourne Oil Company is one of the most successful privately-owned oil and gas companies in the United States.  Today, Mewbourne is among the most active drillers and top producers of oil and natural gas in the state of New Mexico.

With approximately 135 active employees in Hobbs, the company had outgrown its previous space, and the new facility will give Mewbourne plenty of room to hire additional people in the years to come with continued success and growth in the region. Waits said, “This spectacular new office is a commitment to our employees  and the city of Hobbs that we are going to be active in the Permian Basin for generations to come. Ultimately, this will mean more great jobs for the people of Hobbs and all the communities of Southeast New Mexico.”