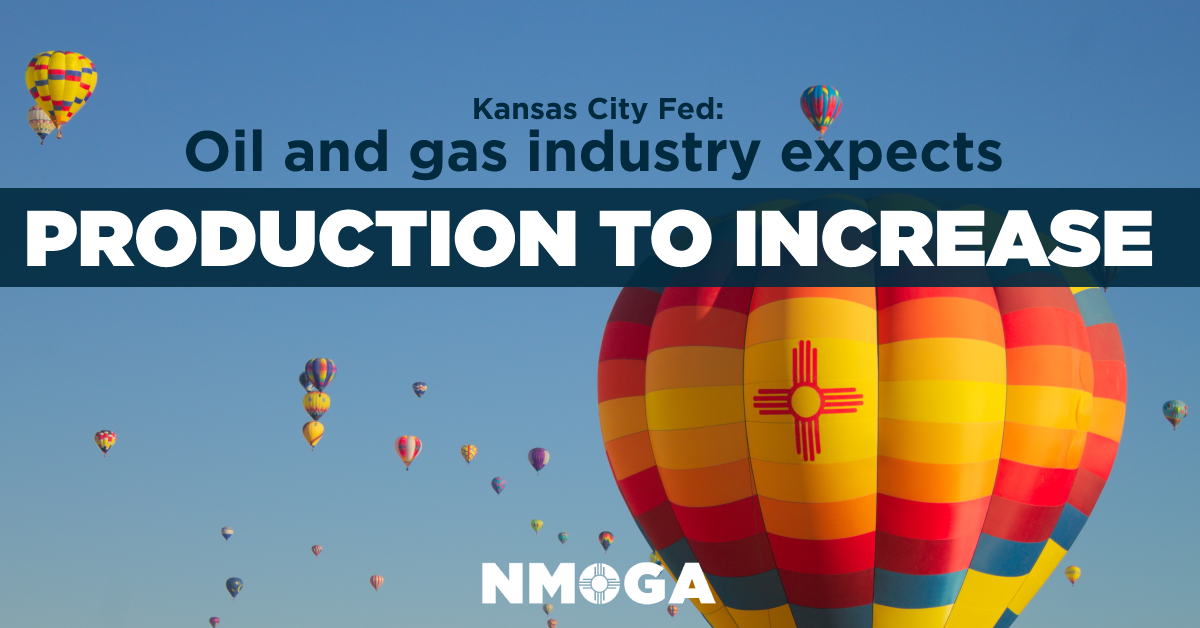 Midcontinent oil and natural gas activity improved during the first quarter, climbing higher than year-ago levels for the first time since March 2019, according to the Federal Reserve Bank of Kansas City.

The Kansas City Fed, as it is better known, compiles energy activity every quarter for the Tenth District, which encompasses firms headquartered in Colorado, Missouri, Nebraska, northern New Mexico and Oklahoma.

“District drilling and business activity continued to be quite solid in the first quarter, and expectations indicated further growth in the next six months,” Kansas City Fed economist Chad Wilkerson said. “In addition, many firms reported growth in employment for the first time since early 2019, and price expectations for crude oil were the highest they have been in over two years.”

The report follows a recent first-quarter energy survey by the Federal Reserve Bank of Dallas, covering activity in Louisiana, parts of New Mexico and Texas. In the Dallas Fed survey, executives reported a dramatic improvement in their outlook for 2021.

Energy executives responding to the Tenth District survey conducted March 15-31 said they needed higher oil and gas prices to remain profitable. Oil prices would need to average $53/bbl West Texas Intermediate for drilling to be profitable, while Henry Hub natural gas needed an average $2.94/Mcf, according to the survey.

The drilling and business activity index eased slightly on a sequential basis to 34 from 40. The indexes for total revenues, profits, employment, employee hours, access to credit, and wages/benefits all climbed from the fourth quarter.

Year/year indexes moved into positive territory for the first time since early 2019. The drilling and business activity index moved to 10 from minus 60. Revenues, capital spending and profits also were higher than year-ago levels. Meanwhile, employment and access to credit continued to decline.

Energy executives said their expectations have increased. The future drilling and business activity index was 40, up from 26 in 4Q2020 and zero in 3Q2020, “indicating more firms expected energy activity to expand,” the survey noted.

“The capital expenditures and employment indexes rose substantially, and expectations for revenues, profits, and access to credit also expanded. Price expectations for oil, natural gas, and natural gas liquids expanded at a slower pace, but still remained at high levels.”

Still, there are concerns.

“The years of overspending by shale drillers will limit the survivors’ opportunities to fund drilling programs,” one executive said in comments to the Kansas City Fed. “The oil markets will become more dependent” on the actions of the Organization of the Petroleum Exporting Countries “as they regain market share. This will become more obvious once investors realize many of the horizontal plays have been over-drilled and billions were wasted on wells that did not need to be drilled.”

Another noted how difficult it was to hire people.

“We have lost many employees that left when the price fell apart last spring,” the executive said. “It has been difficult to hire appropriately skilled labor.”

Said another, “Full-time employment is way down, will continue to be down, and will be replaced with more contract/part-time workers.”

Executives also were quizzed about what they expected oil and natural gas prices to be over the next five years. Overall, prices were pegged to move higher than previous price expectations in 2020.

“A tremendous amount of uncertainty will exist on both the demand side and politically during the next 12-24 months,” said one executive. “Conquering Covid-19 and returning to normal market demand will be the first step. U.S. policy change will then provide the next tailwind or headwind depending upon direction and balance.”