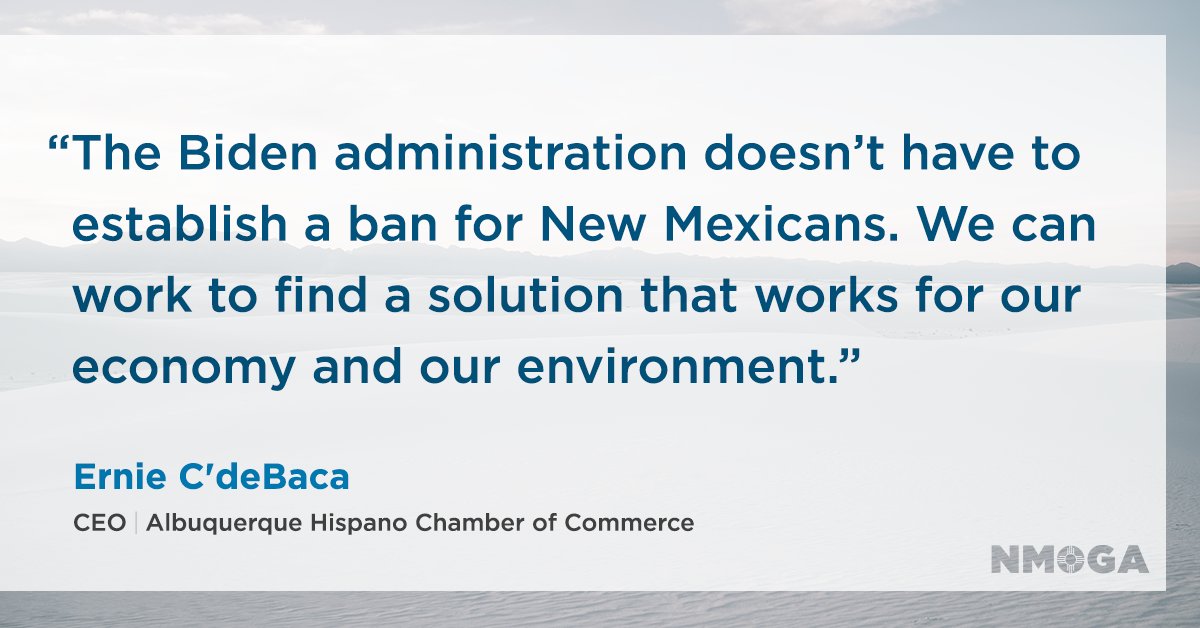 When President Biden came into office, one of his first agenda items was implementing a moratorium on new oil and gas leases on federal lands and waters through executive order. The impact of the president’s action is widespread across several states, one of the hardest hit being right here in New Mexico.

An unintended adverse impact of the leasing ban will be its effect on 134,000 good-paying jobs and tax revenue for education in New Mexico. As president & CEO of the Albuquerque Hispano Chamber of Commerce (Hispano Chamber), I find this particularly concerning as oil and gas has provided our state a notable $1.37 billion for education, accounting for over one-third of New Mexico’s education budget. This money goes toward our teachers’ salaries, curriculum development and workforce benefits. The Hispano Chamber believes adequate funding for New Mexico’s schools is critical, especially with regard to the Yazzie/Martinez lawsuit. Its indisputable that education for our children remains the bedrock of success for communities across the state.

Furthermore, according to a recent report by the New Mexico Oil and Gas Association (NMOGA), the 134,000 jobs supported by the oil industry provided $7.6 billion in labor income to New Mexicans, accounting for 14% of income earned statewide. In the public sector, one of every seven government jobs was also supported by industry, mostly in state and local government.

This concern is not partisan as several Democrats across our great state support federal leasing in New Mexico, including Gov. Michelle Lujan Grisham. The governor recently said, “I’m clearly concerned right out of the gate with very little guidance, we have an announcement to stall … a moratorium on lease applications, and the reality is: a lot of oil and gas … in the Permian Basin is on private land in Texas.” The governor has also pushed for an exemption or waiver for New Mexico from the Biden administration, but it remains to be seen if the request will be granted.

The Biden administration doesn’t have to establish a ban for New Mexicans. We can work to find a solution that works for our economy and our environment. This was recently proven as, for well over a year, through various public hearings, oil and gas producers together with environmental groups negotiated methane regulations that the Oil Conservation Commission blessed. The governor herself said “it shows we can meet our ambitious climate goals while being home to a robust oil and gas industry” as stated in a recent Albuquerque Journal editorial.

While the Biden administration’s focus on combatting climate change is well-intentioned, a federal leasing ban stands to severely damage our economy and our state’s robust education system. I encourage President Biden to reconsider his federal leasing ban for our children, and for the hard-working oil and gas workers and government employees of New Mexico. We cannot afford to lose this significant revenue stream, which is critical for our livelihoods and the continued prosperity of our state.