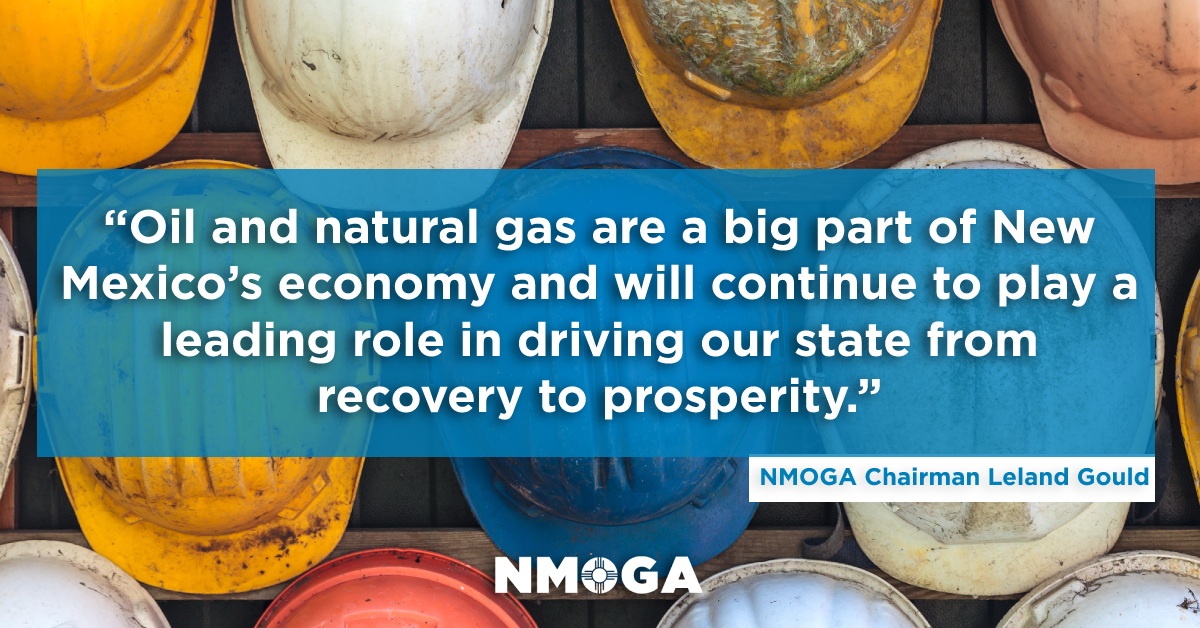 “Oil and natural gas are a big part of New Mexico’s economy and will continue to play a leading role in driving our state from recovery to prosperity,” said NMOGA Chairman Leland Gould. “New Mexico has enormous oil and natural gas potential, and we should continue to make this state a magnet for capital investment and job creation by prioritizing the development of these resources right here in our own backyard. People in every community and corner in New Mexico depend on oil and natural gas for daily energy needs and basic government services, and we’re ready to do our jobs to deliver these critical resources.”

“Our industry is crucial to growing New Mexico’s post-pandemic economy, and America’s future is stronger when we are leading the world in energy production,” API President and CEO Mike Sommers said. “America’s natural gas and oil industry has a footprint nationwide, supporting hundreds of thousands of jobs from coast to coast, even in states with little to no production. This study reinforces that the pace and strength of our nation’s economic recovery will depend on policies that support, rather than hinder, American energy development.”

As economic activity, travel patterns and consumption continue to grow during the post-pandemic recovery, the U.S. Energy Information Administration expects global oil and liquid fuels consumption to surpass 2019 levels in 2022. The PwC report, commissioned by API, demonstrates how the oil and natural gas industry—in New Mexico in particular—is critical to economic revitalization and opportunities for job creation. According to the findings, in 2019, the industry directly and indirectly:

API represents all segments of America’s natural gas and oil industry, which supports more than ten million U.S. jobs and is backed by a growing grassroots movement of millions of Americans. Our 600 members produce, process and distribute the majority of the nation’s energy, and participate in API Energy Excellence®, which is accelerating environmental and safety progress by fostering new technologies and transparent reporting. API was formed in 1919 as a standards-setting organization and has developed more than 700 standards to enhance operational and environmental safety, efficiency and sustainability.