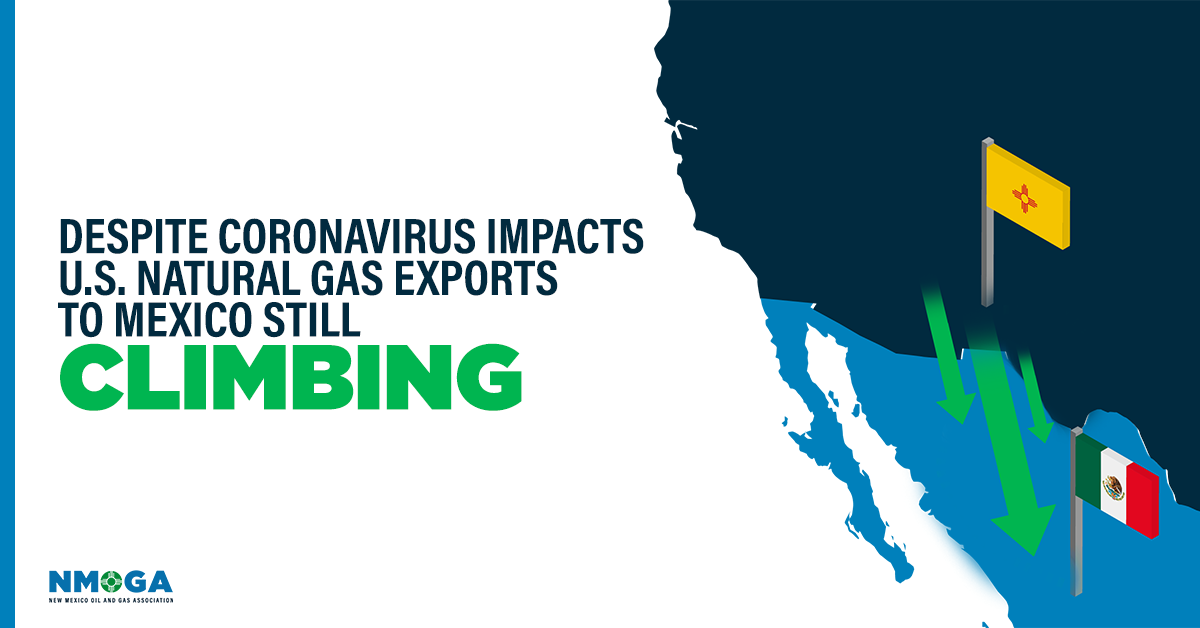 U.S. natural gas exports to Mexico, most of which cross the border via pipeline, have continued to increase in 2020, according to the U.S. Energy Information Agency (EIA).

VAG is the final leg of Fermaca’s larger Waha-to-Guadalajara or “Wahalajara” system, which transports gas from the Permian Basin in West Texas to the industrial center of Guadalajara in the Bajío region of central-western Mexico.

Gas reportedly started flowing on the system in June. U.S natural gas exports by pipeline to Mexico rose to 5.9 Bcf/d from July through September, an increase of 0.8 Bcf/d compared with the 2019 average, EIA analysts led by Victoria Zaretskaya said.

Mexico has been the leading destination for U.S. gas exports since surpassing Canada in 2015.

The industrial and electric power sectors accounted for all of the natural gas consumption in Mexico in 2019, with industrial accounting for 54% and electric power 46% of the total. Gas demand in both sectors declined earlier this year because of the measures taken to contain the spread of the coronavirus pandemic, but it subsequently came back.

Mexico’s total gas consumption fell to 7.5 Bcf/d in May, the lowest monthly volume since December 2016, according to Genscape Inc. However, by August Mexico’s gas consumption started to recover and surpassed last year’s values.

In August, the industrial sector in Mexico consumed 4.9 Bcf/d, 10% more than in August 2019. The power sector consumed 5% more.

Gas is the main fuel used for electricity generation in Mexico. In 2019, 61% of the country’s electricity was generated using gas, EIA said, citing data from power sector operator Cenace.

This year, even as overall electricity generation has dipped on 2019 levels, Mexico’s gas-fired generation of electricity has increased slightly, offsetting the lower generation from other sources such as fuel oil and coal.

The $22 million projects, expected to be in service in 3Q2021, involves expanding the system’s existing capacity by 35 MMcf/d and is supported by long-term take-or-pay contracts.

There are also a series of major pipelines in Mexico that remain delayed and are set to come online by next year.

Meanwhile, TC Energy Corp. expects the phased entrance into service of the 886 MMcf/d Tula-Villa de Reyes pipeline in Mexico to occur in the first half of 2021. Executives said in July the delayed pipeline has been further held back this year by coronavirus contingency measures, which have impeded granting work authorizations because of administrative closures.